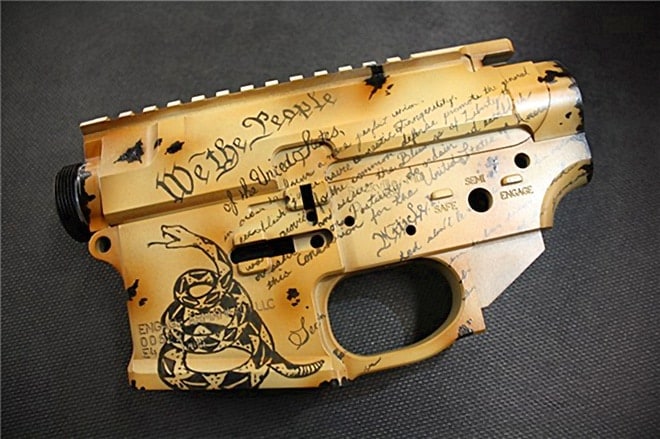 The design is called “We the People” and it features the preamble to the Constitution as well as the Second Amendment of the Bill of Rights and a couple of Gadsen Flag rattlers for good measure.

“We the People” is being auctioned off online, with all of the proceeds going toward the organization or organizations that take the new laws to court.

“For sale at auction is an Engage Armament LLC E4 upper and lower,” states the auction description. “This is first from what we call the ‘1 October’ series in relation to SB281 which comes into effect October 1, 2013.” 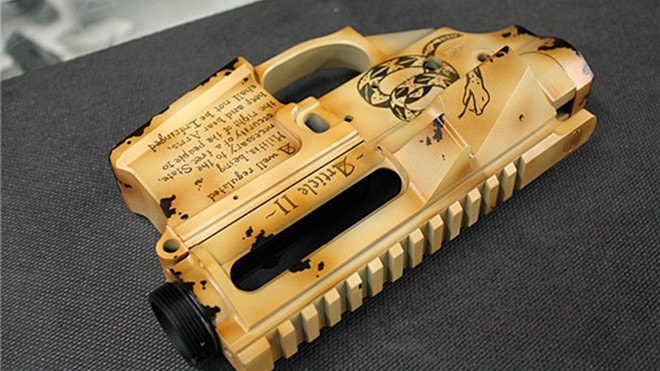 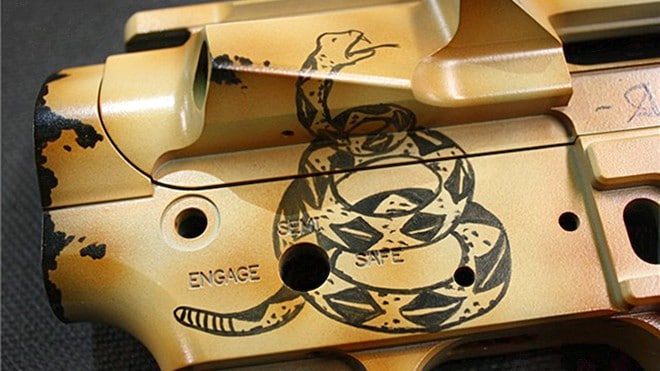 There are still several days to bid on the set. The auction ends Aug. 17 and has raised almost $2,000 at the time of writing.

“The entire final price will be donated to whichever firearms organization we feel will be the first and most successful in challenging The Firearms Safety Act of 2013 or will be split among some of the active gun rights organizations that are based in Maryland. We (Engage Armament LLC) are donating this upper and lower set and paint job for this and will pay the final value fee from Gunbroker and shipping as well, so 100% will go to fighting for our rights,” states the item description.

If the winning bidder is a resident of Maryland, they will have to be sure to acquire the set before Oct. 1, when the new laws take effect. 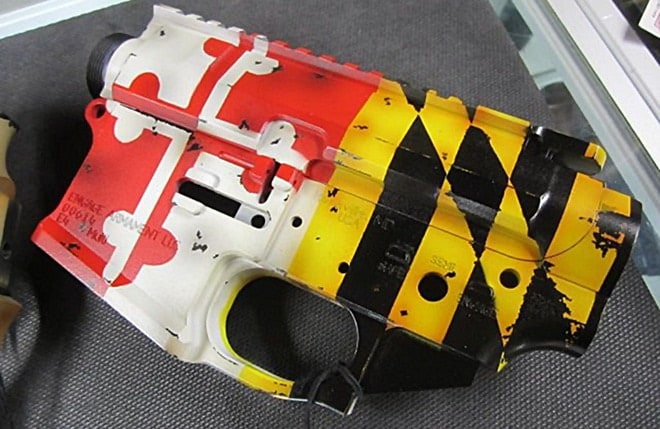 Engagement Armament also showed off a “Tattered Maryland Flag” receiver set on their Facebook page. This may be their next addition to the 1 October series.

The new Maryland gun control laws include an “assault weapons” ban that will prohibit the future sale, manufacture or importation of AR-15s such as these.

Also included are magazine capacity limits, ammunition restrictions including the ban of some types of self-defense ammunition, handgun registration and penalties for failure to report lost or stolen firearms, among many other restrictions on gun ownership.

The new laws have had an affect on Maryland already, with firearm firms including gun giant Beretta planning to leave the state explicitly because of the new gun control package.

“The idea now of investing additional funds in Maryland and thus rewarding a Government that has insulted our customers and our products is offensive to us so we will take steps to evaluate such investments in other states,” explained Beretta in a statement in May. “At the same time, we will continue our current necessary operations within Maryland and we are thankful for and welcome the continued support of our employees as we do so.”