Duck Dynasty may be leaping from the screen and into a Republican seat.

Republican operatives want Duck Dynasty’s, Willie Robertson, to lay down his gun and pick up a pen; and sit among the ranks of government officials.

Republican Rep. Rodney Alexander has expressed his frustration with divided government and will soon be operating in Louisiana Gov. Bobby Jindal’s cabinet. When that comes to fruition at the end of September, he will leave behind a wide-open seat. 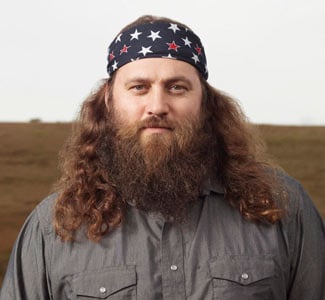 Alexander represents the 5th District, home to the group headed by Robertson, the game call and hunting companies Duck Commander and Buck Commander. Alexander and the Robertson family already have a well-established relationship, especially Willie.

“My boys want to run Willie Robertson for the seat,” said a key outside advisor to House GOP leadership. The source said the efforts are being made to interest Robertson into running.

According to GOP officials, there is interest in getting Robertson to run, though they are unsure if they can convince him to leave his TV and CEO titles behind. Views differ on whether or not celebrity candidates are a good idea.

“Yup, I think it is a D.C. thing right now,” said a GOP official, who added, “Why would a multi-millionaire, TV sensation give up that work to run for a congressional seat?”

Another House advisor said, “Celebrity candidates are very appealing to inside-the-Beltway consultants and reporters, but they usually run lousy campaigns. That, and Louisiana tends not to favor celebrity candidates.”

The highly coveted seat will be filled one way or another. If Robertson doesn’t run, others are already set up to take his place. Roll Call said they include, State Sen. Neil Riser and Alexander’s chief of staff, Adam Terry.