Gary Hansen of Great Falls, Montana, is an alleged active and enthusiastic child molester.  He is wanted by police for at least four counts of sexual crimes against minors, including incest.

Hansen has been on the run for almost a year now.  And while police believe he doesn’t present an imminent threat to the public, they want to haul his butt in so he can face a jury of his peers for the crimes he is accused of committing. 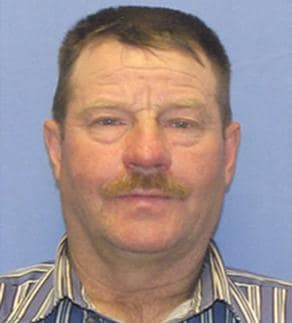 Running from the law and the mustache doesn’t help Gary Hansen look innocent.

“The question is, is he dangerous to the public? I don’t believe so,” Dutton said.

“But the case is a year old. It would be best if Mr. Gary Hansen would turn himself in so we can get this process going,” he continued.

“The evading of prosecution is not helping. There are victims here and probably that’s what bothers me the most is the victims will have to relive this. This is a year old,” Dutton concluded.

So, Hansen is a wanted man.  And he is wanted for the most heinous of crimes, molesting or sexually abusing minors.  All of this raises a very interesting question: If you saw Hansen in public, what would you do?

Well, while you ponder that question, we do know what Robin Renee Morgan of East Helena, Montana, would do. That is, she would pull out her 9mm pistol and held Hansen at gunpoint until the police arrived.

We know Morgan would do this because last Monday, at approximately 9 p.m., Morgan pulled alongside a blue Ford pickup truck in her red car, instructed the man inside the vehicle to get out, and then threatened to shoot him if he tried to move.

Morgan thought the driver of the vehicle was Gary Hansen.  Of course, as the title of this story indicates, it wasn’t Hansen.  It was some guy who resembled Hansen — at least according to Morgan.

When police arrived at the scene they instructed Morgan to put down her handgun.  She complied.  Then, the officers put Morgan in handcuffs.  She was under arrest for assault with a weapon and violating a city ordinance that prohibits one from carrying a loaded weapon in the city. 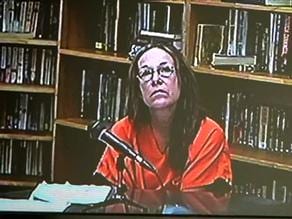 Does the punishment fit the crime for Robin Renee Morgan?

The man Morgan held at gunpoint was released.  He told police that he was afraid she was going to shoot him, which if he moved or did anything sudden, she may have.

Meanwhile, the hunt for Hansen continues.  He is described as being 5’8″ and approximately 200 pounds with brown hair and blue eyes.  If have information about his whereabouts, if you spot him or think you have spotted him, authorities would like you to call your local authorities.

Obviously, this is Guns.com and we cover a lot of stories about defensive gun use and what might be described as “vigilante justice” works out in favor of the gun owner.  But this story shows that it doesn’t always play out the way one might hope.

Morgan, who arguably had the best intentions, may now lose her right to keep and bear arms.  Though, that is probably the least of her worries because she could be spending some serious time behind bars.

What’s also important to note is that if Morgan had stopped the right guy, if she had played a role in the apprehension of Hansen, many might laud her as a hero, as someone who risked her personal safety to bring a sex offender to justice.  But she didn’t.  So, in the end, this is a cautionary tale, a reminder that vigilantism is a risky proposition with rather high stakes.  Get it right, and you’re a hero.  Get it wrong, and you’re a criminal.