Check out the full interview HERE.

Police Chief Mark Kessler’s job is in jeopardy after he posted videos to YouTube of himself shooting guns and shouting expletives directed at liberals. In one of these videos he says, “Fuck all you libtards,” while in another he yells, “Come and take it mother fuckers!”

Kessler sat down in an interview with WTXF-TV and talked about his 30-day suspension resulting from his YouTube videos and the message they contained. 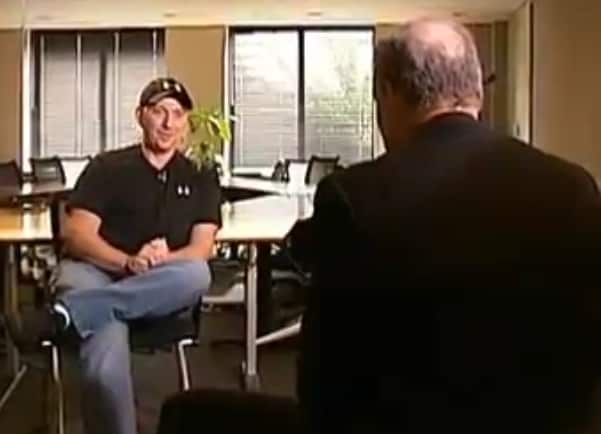 When Kessler was asked if he thought his video was done in such a way that it got in the way of his message, he replied, “Ya, some people think that I could’ve been a little less vocal with my verbiage. They weren’t surprised about the weapons, they were surprised about my vocabulary.”

Kessler’s videos have gone viral, spreading his message far and wide. Even, it seems to Gilberton, Pennsylvania’s insurance provider, who may now drop coverage for the small town.

The effects of Kessler’s actions don’t stop there. After the video became mainstream, Kessler said his life and life of his family was threatened, and that he is likely to lose his job.

Even still, Kessler said, “I don’t regret it. Because I believe I had an impact on a lot of people across the country. You would not believe the tens of thousands of emails, and my phone doesn’t stop.”