Armed with rules and guidelines, schools have been given a safety pamphlet to combat an “active shooter” scenario.

In light of the tragic Sandy Hook school shooting, the Obama administration released a 67-page detailed report outlining how schoolteachers should react in the event of “an active shooter situation.” 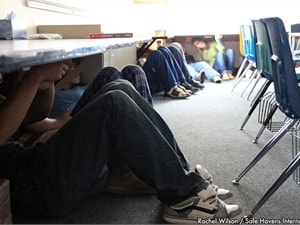 The 67-page report suggests students and teachers should “run,” “hide” and “then fight” – but only as a last resort.

The U.S. Department of Education’s “live-shooter” section of this document suggests teachers and students should “run,” “hide” and then “fight” – but only as a last resort, “if neither running nor hiding is a safe option.”

If this sounds suspiciously like what happened at Sandy Hook, that’s because it is. Arne Duncan, the secretary of Education and the foremost name on the report, failed to explain how the new advice is any different from the vastly unsuccessful efforts from the victims of Adam Lanza, the lone gunman who attacked Sandy Hook Elementary School.

Principles in the Los Angeles Unified School District took part in a “live-shooter training” this summer. They plan to share the information they learned with the teachers in the coming weeks.

Hopefully what the principles learned was valuable, life-saving information. Though we can’t know for sure. It seems retired LAPD captain Steve Zipperman – who runs the LAUSD police force – won’t say much about the training that took place. 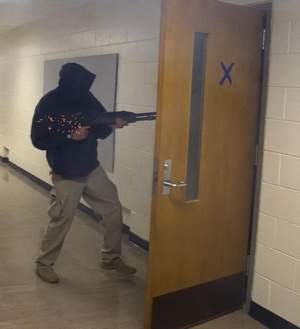 Should Los Angeles Unified install locks on classroom doors that can be locked from the inside?

Zipperman told the Daily News that school officials have been trained in “how to decide in the moment how to save as many lives as possible” when “a traditional lockdown may not be the most appropriate decision.”

Students will be heading back to school this fall, back into their classrooms, back into the same, unchanged environment they left at the beginning of summer.

Judith Perez, president of Associated Administrators of Los Angeles, said that Los Angeles Unified must now decide if its’ going to install locks on classroom doors that lock from the inside.

Would this be an added safety measure against an “active shooter,” or just another tool they could utilize?