At least 400 surface-to-air missiles were “taken from Libya” during a fatal attack and now rest “in the hands of some very ugly people,” stated a former U.S. attorney representing Benghazi whistleblowers. More distressing still, the Obama administration is “deeply concerned” the weapons may be used to target and shoot down airliners. 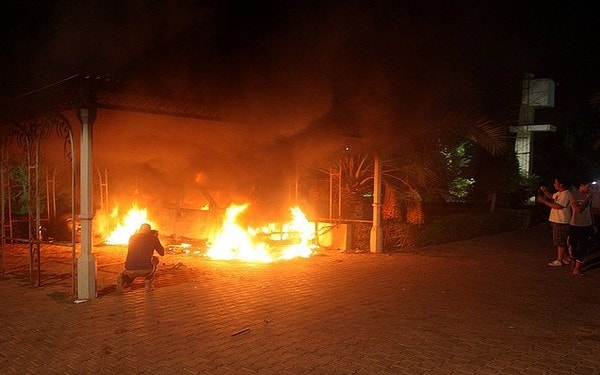 This file photo taken on September 11, 2012 shows a vehicle and the surrounding area engulfed in flames after it was set on fire inside the US mission compound in Benghazi. 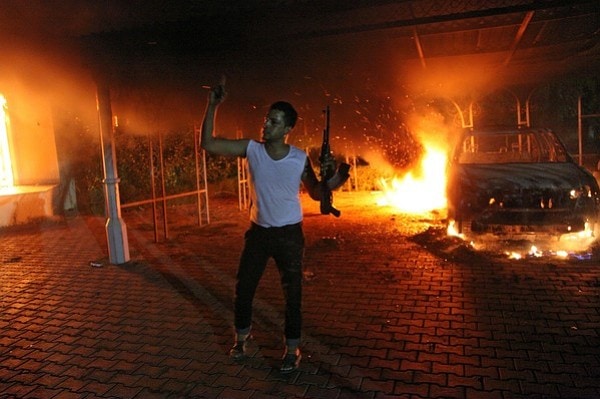 This file photo taken on September 11, 2012 shows an armed man waving his rifle as buildings and cars are engulfed in flames after being set on fire inside the US consulate compound in Benghazi

Joe DiGenova stated in an interview that the stolen missiles was one of the main reasons the U.S. Department shut down 19 embassies across the Middle East last week.

400 surface-to-air missiles being stolen is bad; those missiles now belonging to Al Qaeda is horrifying – and that’s exactly what DiGenova is claiming.

DiGenova has some friends in high places, including “former intelligence officials who stay in constant contact with people in the Special Ops and intelligence community.” And all his sources are pointing to the same thing.

“It’s pretty clear that the biggest concern right now are 400 missiles which have been diverted in Libya and have gotten in the hands of some very ugly people,” DiGenova said.

What remains unclear is why the U.S. government has stockpiled 400 surface-to-air missiles somewhere in Libya in the first place. Though the attorney said, “it is clear that the [CIA] annex was somehow involved in the process of the distribution of those missiles.”