The end of 2012 and beginning of 2013 was hard but instructional for the shooting community. Fear, political handwringing and dedication to the shooting sports collided into a bizarre sociological train wreck that spawned a run on ammo purchasing not seen since — ever.

No doubt this was a trying time for shooters. If you could find an ammo source, sales were often limited to a box per customer. If it was on the secondary market, prices were incredibly inflated but people were still paying up (inexplicably, a brick of .22 LR became more valuable than a unicorn). Some new shooters bought guns without ammunition to put through them, some bought ammo without a matching firearm. Established shooters cautiously dipped into reserved stashes and cutting back on their range time.

Fortunately, signs the ammo drought is ending are starting to show. I don’t think anybody’s going to argue the experience was awesome or fun, but it should definitely serve as a learning opportunity for shooters. Experience is the best or worst teacher, depending on who you ask. I’d like to share with you the six biggest lessons I learned from the last few months, and invite others to share their lessons as well.

My friend bought a Smith & Wesson M&P 9 at the onset of the shortage. Unfortunately, he was left with a very cool paperweight. What ammo he did scrounge up from occasional trips to the gun store and generous donations of other shooters needed to be carefully metered in use. 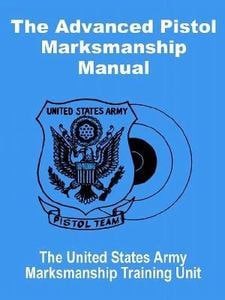 With little ammunition, we both resolved to make the best use of those precious cartridges when range time came up. Dry fire practice jumped to the forefront as a way to enjoy the new purchase on some level, but proved to be great for improving our shooting and diagnosing problems in our technique.

Today, I have plenty of ammunition lying around and get to the range once a week, but I’m still only shooting a bit more than I did when the shortage seemed unending. Why? Because I spend more time dry-firing now than actually shooting. When I do go to the range, my groups are tighter, my confidence is higher, and I’m shooting out to longer distances than before.

The benefits of a good dry-fire practice regimen are well-documented. The shortage just made me appreciate it. It saves money, makes us better shooters and gives us a chance to handle our arms without a trip to the range. It took a shortage of live ammo to make me realize dry fire practice’s obvious value, but I’m glad I know now.

“I only own guns in common calibers because they’re available everywhere,” said anonymous patron. 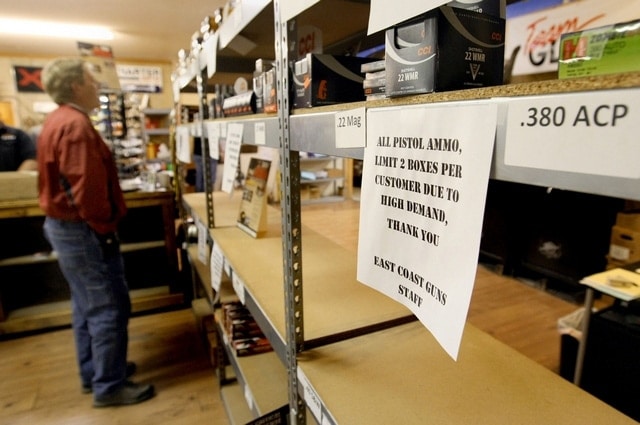 Moments after this photo, somebody trampled the photographer to take that .380 ammo. (Photo credit: The Post & Courier)

Remember hearing that all the time eight months ago? It was a mantra for many types of gun owners, from the prepper community to sport shooters. Well, we’ve seen a test run of how well this little gem worked out when the ammo supply chain was hit by an external hiccup. Short of the “Red Dawn” cosplayers in bunkers and those dastardly scalpers, it seems the average guy won’t be able to find their “common” caliber when a shock hits the market.

I’m mostly a revolver shooter in the handgun arena and lover of old cartridges like the 6.5x55mm Mauser. I was able to see the upsides of being into at least a few oddball cartridges when the 9mm and .223 shelves became miniature dust bowls only irrigated by the tears of 3-gun competitors. While .38 and 6.5x55mm aren’t even exotic, they just aren’t the ‘common calibers’ most people refer to that are used for everything gun related. Sport shooters, law enforcement, casual plinkers and the military gravitate to a few calibers in a feedback loop that lead to 10 cartridges eclipsing most other fine options on the market.

I consider this a wakeup call to the conventional wisdom being, well, if not wrong, pretty suspect. Maybe the time to pick up that .257 Roberts or 7.62×25 CZ-52 is here. I don’t think everyone should run out and buy a corner-case caliber firearm just for kicks, but for your next purchase, consider picking up a less common caliber version. Either do that, or stockpile your ammunition truly deep. Speaking of which…

3. When times are good, buy

Jeff Quinn, the face of GunBlast and owner of an impossibly epic beard, dropped a true jewel in a YouTube video.

While sometimes this sort of sound-bite wisdom ends up being awfully obtuse in practice, I just don’t see any compelling argument against what Quinn is saying here. When times are good, even very casual plinkers who shoot a hundred rounds a year should keep a small supply on hand. Unless you decide to use it to decorate an aquarium with cartridges or something, it’s not going to go bad. And really, what are you NOT going to shoot eventually? When is the price of ammunition going to go down?

While we’re on the topic of spending money…

What kind of gun owner who does even moderate volumes of shooting hasn’t considered reloading at some point? Maybe you even watched some YouTube videos on it or idly flipped through a Hornady catalog. But then something came up and trampled the interest.

Next time, stay strong and commit to reloading. Changing priorities around a bit can quickly lead to a well-stocked setup. Maybe instead of buying another AR, pick up a good starter kit by Lee or RCBS and some components. If you don’t reload, start saving your brass now and by the time you start, you’ll have plenty to reload. If you’re really lucky, you might even have a friend who will let you use his or her press as long as you supply the consumables and dies. 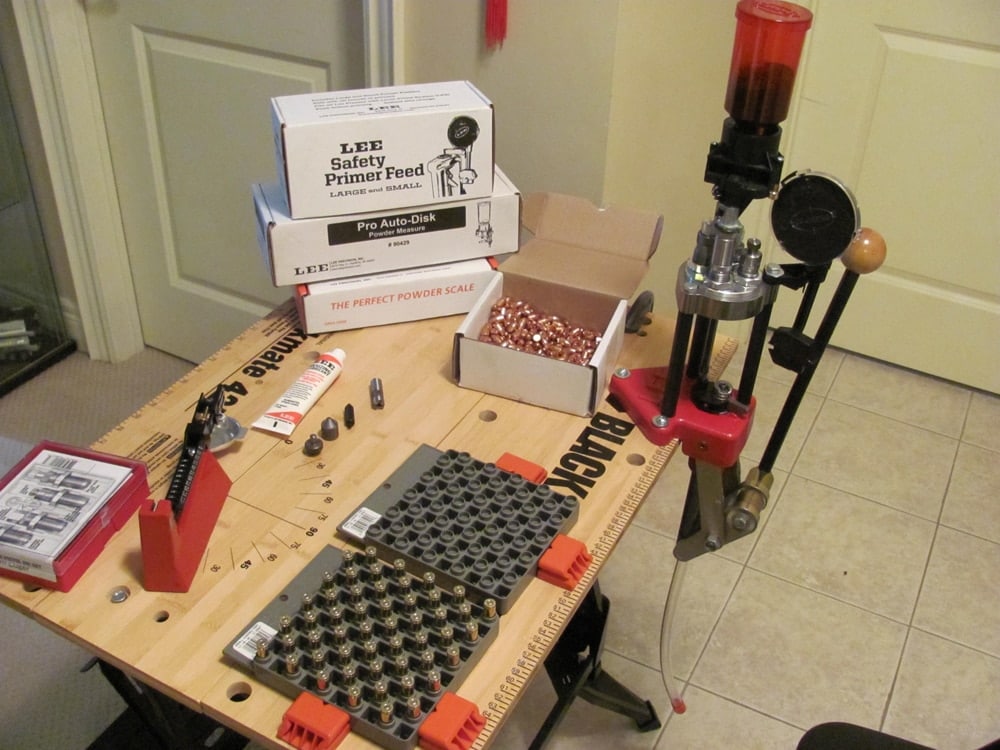 I was lucky enough to assemble this setup the first week of December.

Yes, handloading can be time consuming, but if that’s holding you back, remember the darkest days of the ammo shortage. Recall the gunmetal skies creased with lightning, hot ash-choked air and the empty lanes of your shooting range — well, at least one of those was probably accurate.

Why weren’t you there? Smug berms everywhere were practically laughing at us. Unfortunately, many shooters just didn’t have the ammo to provide those backstops with the regular lead smackdown they need to remind them who’s boss.

From that viewpoint, is it worth it to skip a range session to manufacture some ammunition to feed your next trip? If you’re missing shooting sessions now because you have no ammo on hand, then you can probably answer this one yourself.

I know that when the ammo shortage started, so did one of reloading supplies. This isn’t surprising, since the two are clearly related, but in my experience, reloading goes hand-in-hand with stockpiling. It just makes sense when you consider the savings from bulk purchasing. Some reloading components can ONLY be purchased in bulk quantities for sane prices. I don’t know any reloaders who were at any point completely bone-dry on ammunition. Done smartly, handloading will really help you weather shocks in the ammo market.

I’m not going to slander the shops that raised prices in accordance with the laws of supply and demand. Instead, I’m going to encourage people to remember which vendors helped them out and kept an even keel on prices even when it seemed Ouroboros emerged and swallowed the ammo industry. I’m lucky enough to have multiple great gun vendors locally who all maintained consistent pricing, even if it meant their stock was selling out. Hopefully, you were in the same situation and managed to buy some ammo for reasonable prices. 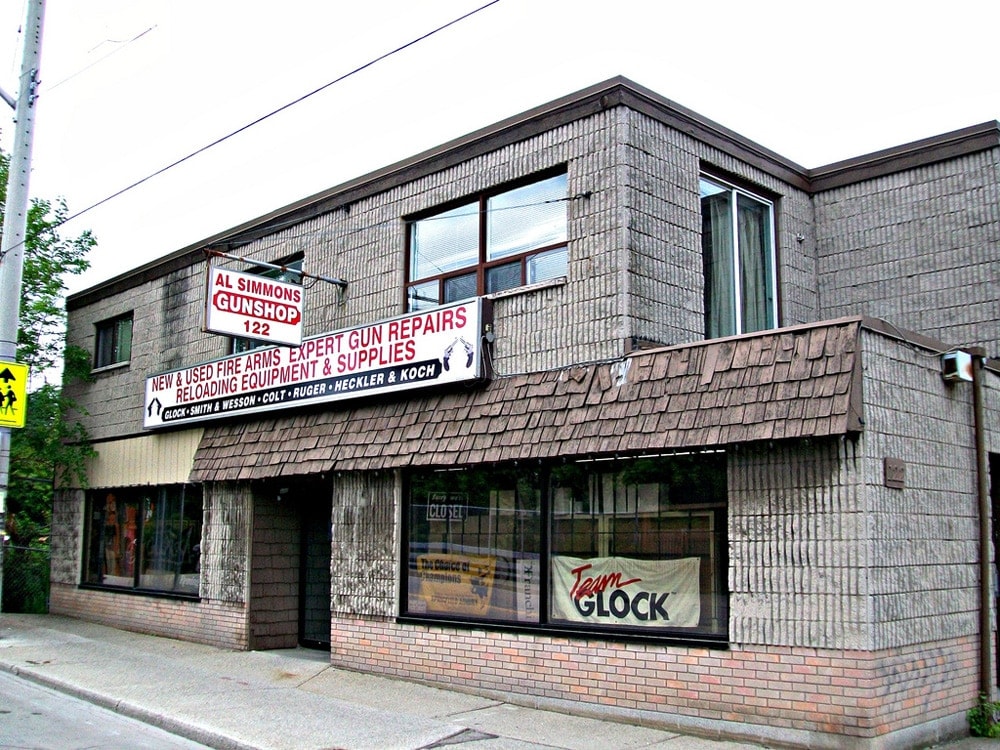 This store will forever get my patronage for their fair pricing throughout the shortage.

These vendors were the thin line between shooters like myself desperate for a hit, and scalpers exploiting my addiction — not to mention my fears that maybe the ammo shortage wasn’t going to get better. When I was starting to think $70 for a brick of .22 LR was the new vision of a good price, my local gun shops were there to bring me back to sanity.

I’m not saying to round up a posse and burn down the places that raised prices — that’s fair game in a free economy. But there’s a flipside to that coin, and it’s your customer loyalty. Remember who carried you through the shortage and kept your guns fed when times are good again.

6. The supply chain is weak

Finally, I don’t think anybody can make the argument that the supply chain that provides ammunition to consumers is resilient. When you need ammunition during a real crisis, what do you think the odds are that store shelves will be stocked?

Gun stores America-wide had dry supplies because of the PROSPECT of legislation, just a potential a shift in political climate. We’re not talking about supply lines being interfered with, commerce and transit being hit with new layers of red tape (like whatever the U.N. is cooking in their moral cesspool at any time), international trade being disturbed, or even damage to the infrastructure. We’re talking about speculation and fear creating a serious shortage. Don’t take the cartridges on the shelves for granted.

While it’d be lovely to think we won’t see a similar scenario to this shortage play out again in the future, it’d also be profoundly stupid. You could make the case that as bad as this round of anti-gun hysteria was, things could be made a lot worse very quickly. All it takes is some unfortunate circumstances and opportunistic politicians to plunge us back into panic spending mode. Let’s take this shortage as a sort of practice crisis and learn everything we can to prepare for the next time, which may be the real deal.