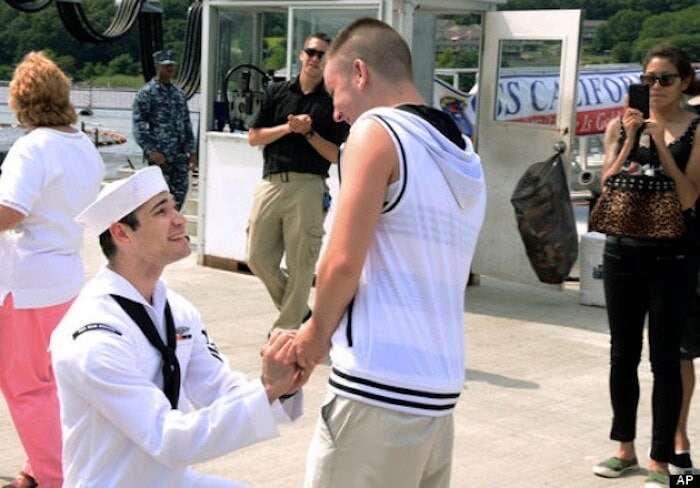 A sailor returning from deployment on the USS New Mexico stepped purposefully onto Pier 31 at the Naval Submarine Base, dropped to a bended-knee, and asked for his boyfriend’s hand in marriage.

Machinist’s Mate 2nd Class Jerrel Revels had been out to sea for six-months aboard attack sub SSN 779, giving him plenty of time to prepare for this moment. When the boat docked at the base in Groton, Connecticut, and Revels saw his boyfriend, Dylan Kirchner, standing among a crowd of 200 — he was ready to pop the question.

While Kirchner had considered getting married, the proposal was a surprise to him.

“It kind of tickled my mind every now and then that [he would propose] but I never expected this,” Kirchner said. “I didn’t really care everybody was around. It felt like the two of us.” 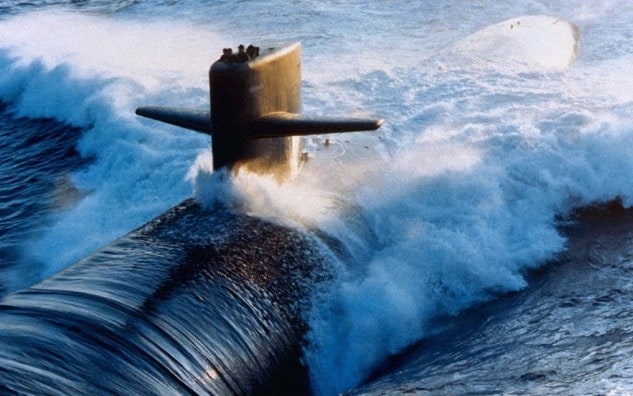 The happy couple has not yet set a wedding date.

Defense officials estimate there are currently 18,000 same-sex couples in the active-duty military, National Guard and Reserves. The numbers for how many of those couples are married is unknown.

The USS New Mexico traveled nearly 34,000 miles over six months, stopping along ports in Norway, Scotland and Spain. For more than 70 percent of the boat’s 132-man crew, the voyage marked their first deployment.

The sub was commissioned in 2010 and is the second Navy vessel to be named for New Mexico.