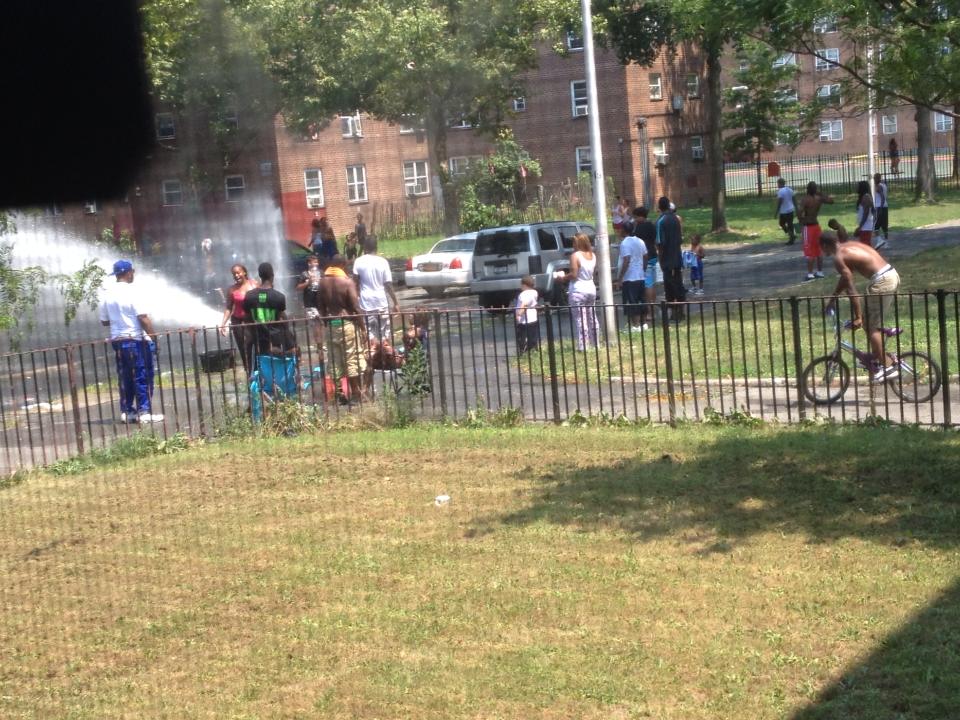 Edenwald Houses is the largest New York City Housing Authority development in the Bronx, with 40 buildings, 2,036 apartments and about 5,300 people, but no swimming pools, allegedly! (Photo credit: Facebook)

Two young men from the Bronx are facing charges after a teen boy died presumably from the injuries he received when the two bashed in his head with a large rock after the teen shot at them.

Seventeen-year-old Antonio Lyles was pronounced dead while in police custody at a local hospital just after 4 o’clock Tuesday morning. An autopsy is scheduled for today to determine the exact cause of his death.

According to police, they were called to the Edenwald Houses, the largest housing project in the Bronx, around 3 o’clock Monday afternoon. Lyles had allegedly walked up to a group standing outside and opened fire on them with a .32 caliber semi-automatic pistol, which was later found at the scene by officers.

No one was struck by the gunfire, but 20-year-old Ezequiel Pena and 18-year-old Stanley Hampton then chased Lyles down and proceeded to beat him with a large rock.

When police arrived they found Lyles with severe head trauma and he was immediately transported to a local hospital. There he remained under police custody awaiting charges for assault and criminal possession of a weapon. But about 13 hours after the incident, Lyles died from what is believed to be injuries sustained from the beating.

Pena and Hampton were arrested early Tuesday morning before the teen had died. They were charged with assault and gang assault and were awaiting arraignment scheduled for yesterday morning. It is unknown at this time if the boys will face additional charges following the death of the teen.

The case has brought about some discussions about whether or not the two men charged were justified in beating the teen since he first fired shots at them. What’s your opinion? Were the two justified in the beating or should they be charged for his death?