The NAACP is seeking to hold demonstrations in Fort Myers, Florida, because the county refuses to take down a portrait of Gen. Robert E. Lee.

The Lee County chapter feels the portrait of the Confederate general is an insensitive reminder for the local minorities and wants the picture removed from the commissioners’ meeting chambers. 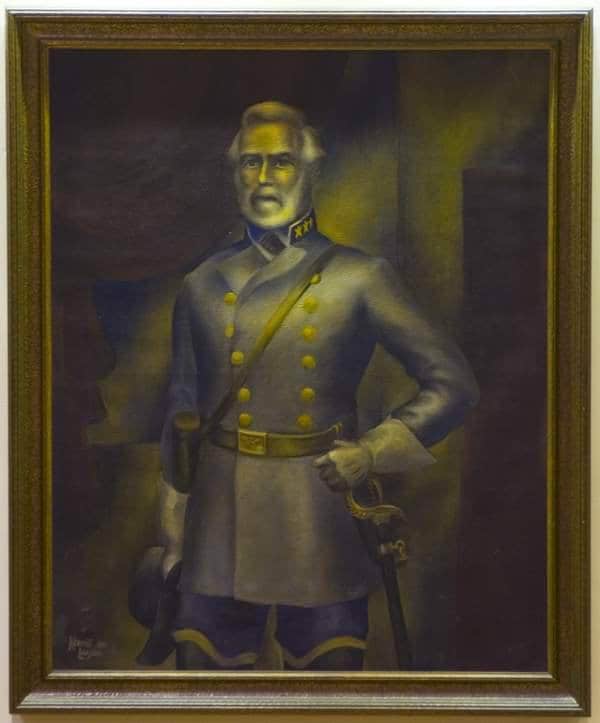 The NAACP request this portrait of Robert E. Lee be taken down, as some local minorities find it insensitive.

A member of the local Sons of Confederate Veterans told commissioners the group is in strong opposition to any attempt to remove the portrait.

Waymond Edmonson of Cape Coral told the commissioners, “If anyone can come up with a better representative for the county, I’ll help them hang the portrait.”

Some, like Loue Stickles, chaplain for group, find the general to be the best known example for Lee County, saying, “He had to do more and more with less and less and keep morale up. He was a perfect Southern gentlemen.”

According to one commissioner, the community has expressed an abundance of support to leave the portrait where it hangs.

Local President Hames Muwakkil said his group would meet with the state NAACP before pressing forward with the demonstrations, saying in an email:

“Lee County proudly displays General Robert E. Lee’s portrait in the Lee Commissioners Chambers. It is where all citizens gather to take care of official business. We now ask permission to engage in Direct Action in ways such as follow: a sit in within the County Commissioner chambers, permission to picket, permission to demonstrate, and to make signs calling voters to remove the four male commissioners who refused to second the only female on the Commission move to hold a public hearing on the portrait.”

Lee County is named after Lee — if you hadn’t already guessed that — who commanded the Confederacy during the Civil War.