“Rise of the Warrior Cop: The Militarization of America’s Police Forces” (VIDEO)

Radley Balko, investigative reporter and senior writer for the Huffington Post and author of the recently published book, “Rise of the Warrior Cop,” gives his two-cents on the increasing militarization of America’s police forces over the last several decades. 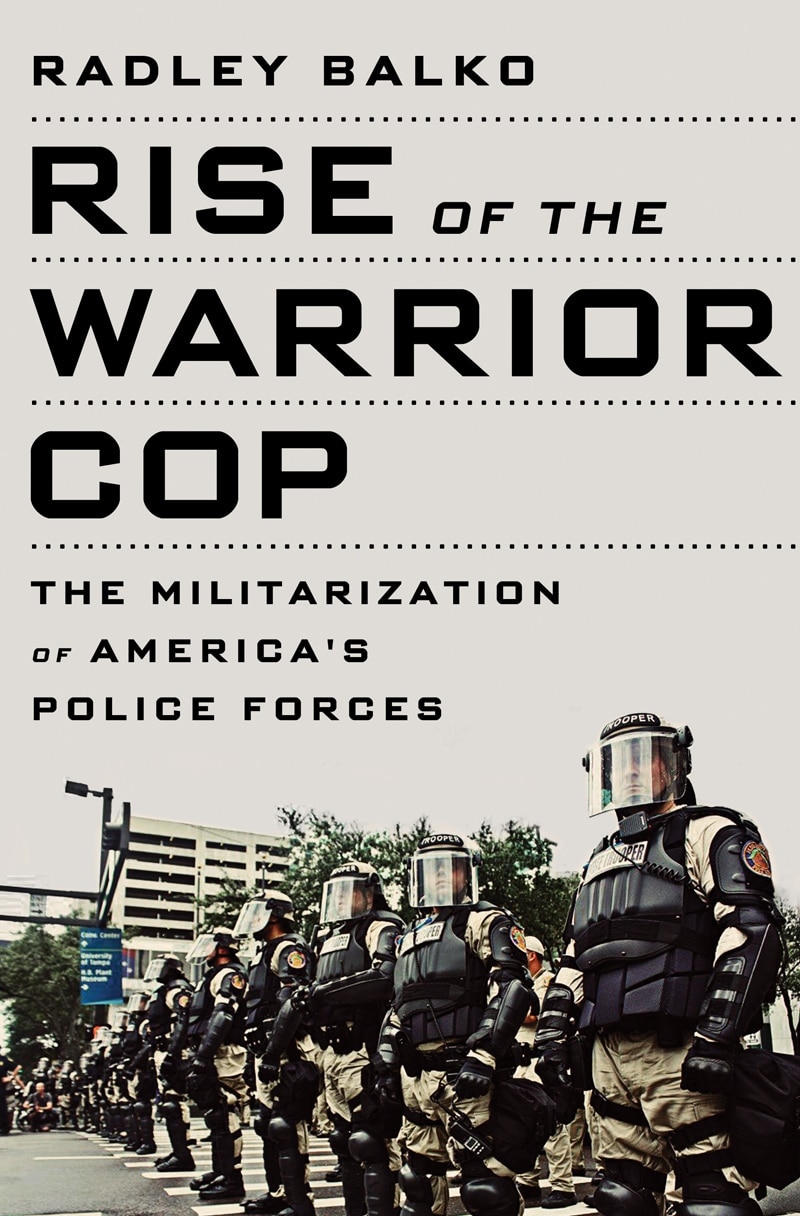 In an editorial for the Wall Street Journal, Balko lays out the facts supporting his claims in a methodically detailed, chronological manner.

He talks about how over the last several decades, America’s police officers have steered away from a “baton twirling Officer Friendly” attitude, adopting instead the demeanor of a “Taser-toting RoboCop.”

In his chronicle of Special Weapons And Tactics (SWAT) history, Balko explains that the first unit debuted in Los Angeles in the 1960’s in response to the widely occurring domestic strife and civil unrest. Its purpose was to fulfill the much-needed role of an elite task force unit capable of effectively responding to incidents like the 1965 Watts riots.

At nearly the same time, President Richard Nixon was declaring war on drugs, affecting a multitude of changes in the effort to eradicate the illicit substances. Among them was a bill passed by congress, authorizing no-knock raids for federal narcotics agents.

In subsequent years, the methods employed by SWAT teams converged with the drug war. By the close of the 1980’s, joint task forces were utilizing both police officers and soldiers for drug interdiction.

U-2 spy planes and National Guard helicopters roamed the California skies in search for marijuana grows. When a target was identified, tactically outfitted troops with military grade weapons, consisting of DEA, National Guard and other federal and local law enforcement agencies united to tackle the task at hand. 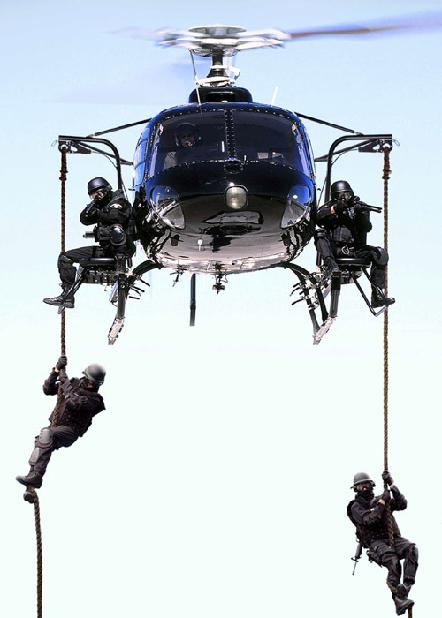 Much of the reasoning behind the use of ever-increasingly powerful and technologically advanced weaponry for law enforcement is said to be resultant from a series of escalations between the good-guys and the bad-guys.

Balko, however, disagrees, saying that according to studies conducted from 1991 to 2004, less than one-eighth of one percent of homicides in the U.S. were committed with a military-grade weapon. In fact, most serious crimes were committed with handguns.

Now, in the 21st century, we combat the war on terror. This new war has brought with it new rationales and new resources for militarizing police forces. Since 2002, the Department of Homeland Security has doled out a whopping $35 billion in grants, with much of that money funding the purchase of military-style gear such as armored personnel carriers.

To date, Balko has collected over 50 examples of actual events in which innocent people were killed in raids to enforce warrants for crimes that were either non-violent or consensual (i.e. drug use or gambling). Of those examples, many were killed from wrong-door-raids, where officers rammed the door to the wrong house. 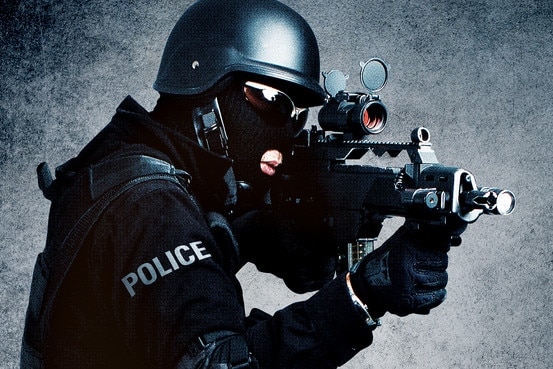 Balko claims the majority of the police force now operates like a SWAT team, closely mirroring the tactics of the military.

So where does this leave us? Balko says that currently, it’s not just SWAT teams that operate like SWAT teams, it’s the majority of the police force. When no-knock warrants are readily issued and the police look like the military, well, the word Gestapo comes to mind.

But Balko isn’t the only who thinks police forces have become too militant. At a city council meeting in Concord, NH, a Marine Colonel speaks out against the police chief’s request for an armored personnel carrier and shares his views on the militarization of our police forces.

Balko believes that while Special Weapons And Tactics (SWAT) teams are needed, their applications have been widely overused, their boundaries vastly overstepped. He says they should be saved for the rare occasions when police-initiated violence is the only hope to prevent the loss of life, and that they certainly have no place as a modern-day vice squad.