Police shot and killed a mountain lion after it wandered into a residential backyard.

The cat first showed up on the back porch of a home near 89th Avenue and Lake Pleasant Road in Peoria, Arizona. 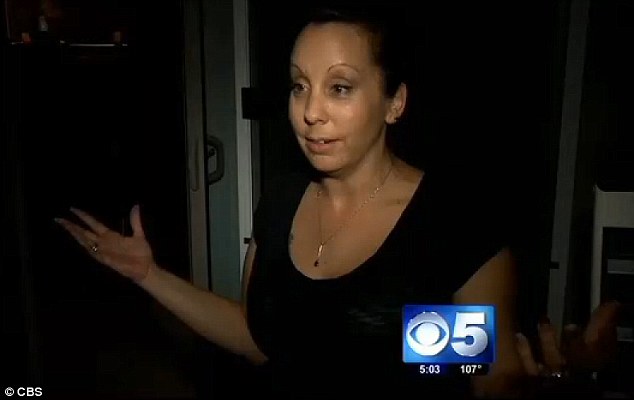 Rebekah Coleman was scared when she spotted the wild mountain lion pacing outside her door. She said the cat had “empty, green eyes.”

“He showed no fear at all,” said Rebekah Coleman, who shot the video of the lion looking through the pane glass window. “He had big ears, saucer sized paws and empty, green eyes. I think he was ready to do whatever it took to find a meal.”

After sauntering around the area for several minutes, the lion vaulted over the 8-foot fence, crossing into the neighbor’s yard.

According to Randy Babb from the AGFD, the emaciated lion may have been infected with rabies, and possibly in search of meal.

“When you have a cat out in daylight acting odd like this, that’s a big red flag. They’re the things we always look for in disease cases – to see if the animal is behaving oddly. Often times when you get an animal that strays into a neighborhood, we will capture it and remove it,” Babb said 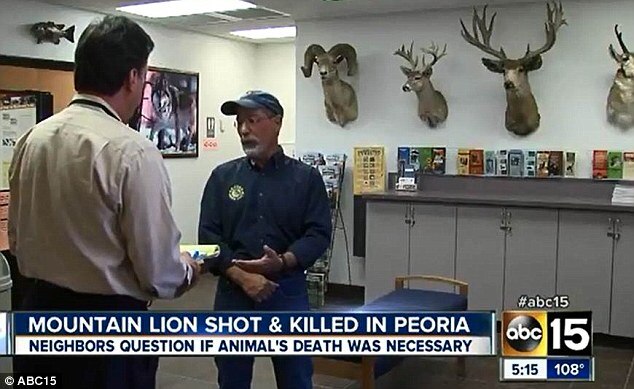 Randy Babb from the AGFD explained that the mountain lion was likely infected with rabies.

Police responded to the area and found the mountain lion, but when the cat spotted them it ran for the hills. As the cat fled, one of the officers shot and killed it.

Later, Arizona Game and Gish took the dead animal away.

Some residents of the rural community were not happy with the shooting of the wild animal, saying they know the area they live in presents this type of threat.

Melora Nivienne wrote on Twitter, “So tragic: A terrified young mountain lion was brutally gunned down, w/the consent of @azgfd.”

Allsion wrote, “Sad to hear the Peoria police shot and killed a mountain lion. Of course it was aggressive – it was probably scared.”

While residents reported having seen multiple bobcats in the area, none had ever seen a mountain lion.