The convicted murderer responsible for the torture and killing of a DEA agent has been ordered to be released from prison.

The infamous Rafael Caro Quintero, wanted in the U.S. for the grotesque murder of DEA agent Enrique Camarena, was released from a Mexican prison due to procedural errors in his case. 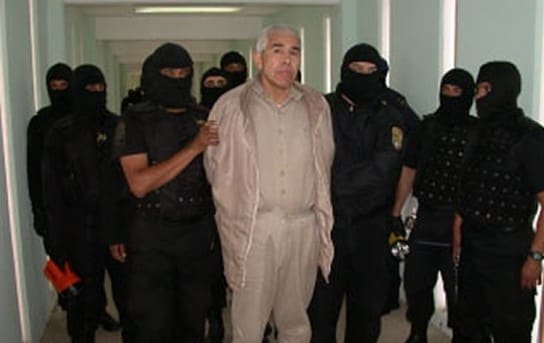 Quintaro was recently released from a Mexican prison after a technicality in his case was discovered.

A federal court in Jalisco overturned Quintero’s conviction for the atrocities he committed in 1985 against Camarena; his murder and kidnapping charges have been dropped. Evidently, Quintero was tried int the federal judicial system when he should have been tried at the state level.

Though his drug trafficking convictions were maintained, Quintero has already served 28-years in prison, more than covering the entirety of that sentence.

So, as of now, Quintero is “time served.” The Mexican judicial authorities said in a statement that he would be released “as long as there is no other legal reason to impede it.”

Quintero may have been released from prison in Mexico, but he is still wanted here in the U.S. and the DEA plans to catch him, saying they will “vigorously continue… efforts to ensure Caro-Quintero faces charges in the United States for the crimes he committed.” 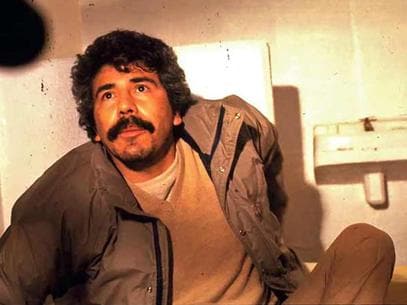 Quintero was convicted for the kidnapping, torture and murder of a DEA agent in 1985.

Quintero was originally indicted in the Central District of California in 1988 on racketeering charges. Later, the kidnapping, torture and murder of a federal agent was added to his rap sheet.

But he also had his hand in drugs. A separate indictment in the same district charged Quintero with conspiracy to import and distribute cocaine and marijuana.

In Arizona, he was indicted on drug trafficking charges.

A warrant for extradition was issued against Quintero, but the Mexican  judicial system did not consider that “a legal reason to impede” his release.