A&E’s wildly popular Duck Dynasty shattered records when it kicked off its fourth season with the highest ratings for any cable reality TV show, ever.

The Aug. 14 premiere started things off with an overwhelming 11.8 million viewers, something Jase Robertson, one of the family’s bearded second-generation, thought he’d never see. 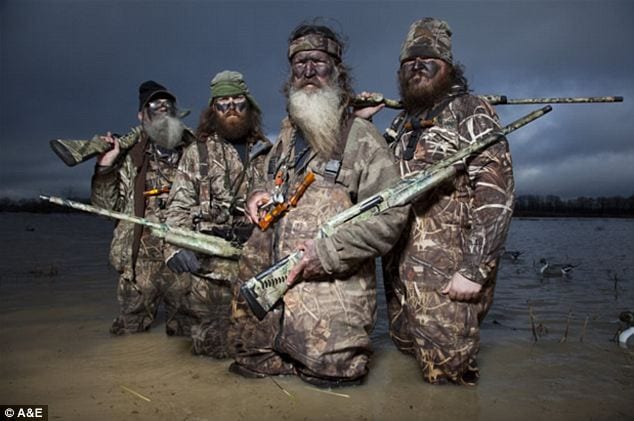 Duck Dynasty starts things off with a bang. The fourth season set a record for the most viewed reality TV show in history.

He wasn’t the only one who’s been surprised by the show’s incredible popularity. Robertson’s dad, Phil Robertson, never thought “a redneck family” would be run on television. Well, he was wrong.

The show transcends demographics, becoming something that everyone can enjoy.

“Thanks to its authentic and engaging characters, Duck Dynasty has become more than just a reality show, it is a cultural phenomenon,” said David McKillop, General Manager and Executive Vice President of A&E.

If you just can’t get enough of the show and are aching to show off some cool Duck Dynasty garb, you’re in luck. The company’s online store offers a seemingly endless selection of “Commander novelties” in addition to its wide array of hunting gadgetry.