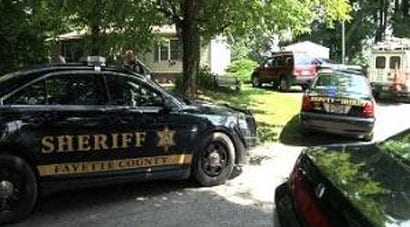 Officers say that there has been an increase in break-ins in the neighborhood over the past several weeks. (Photo credit: WOAY)

A homeowner in Fayette County, West Virginia, caught a female intruder in his home Monday and despite her pleas to just let her go, the man detained the woman at gunpoint until police arrived.

According to local news media the homeowner, whose name has not been released, was sitting in his living room at about 11 a.m. on Monday when he heard a noise coming from the back of his house. He got up to see what the noise was and found 36-year-old Lisa Beth Blankenship walking through his kitchen.

The homeowner confronted her and questioned her presence in his house. She responded by saying that she “couldn’t go to jail” and that she “needed help.” She then tried to run out of the house, but the man, with the help of two other people by this time, wasn’t about to let her get away. He held her at gunpoint until police arrived.

Police confirmed that the woman was under the influence of a controlled substance and the initial investigation indicated that the burglary was drug related.

Officers shared that Blankenship had been living in a nearby wooded area for several weeks now. During that time period, numerous homes have had break-ins, although authorities are unsure at this point if Blankenship was involved in those burglaries. 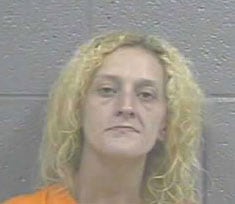 Mugshot of Lisa Beth Blankenship, who officers say was under the influence of a controlled substance when she broke into the home.

“It’s a pretty brazen act to break into a home in broad daylight in a densely-populated residential district,” Fayette County Sheriff Steve Kessler said. “Unfortunately, when individuals are suffering from addiction to various controlled substances they don’t realize the danger they’re putting themselves into by breaking into a home that, as in this case, may be occupied at the time.”

Kessler added, “More and more homeowners are arming themselves to protect their homes against this type of criminal behavior.”

Blankenship was arrested, charged with burglary and remains in jail on a $10,000 bond.

The homeowner and the other individuals who were in the home at the time were not injured.