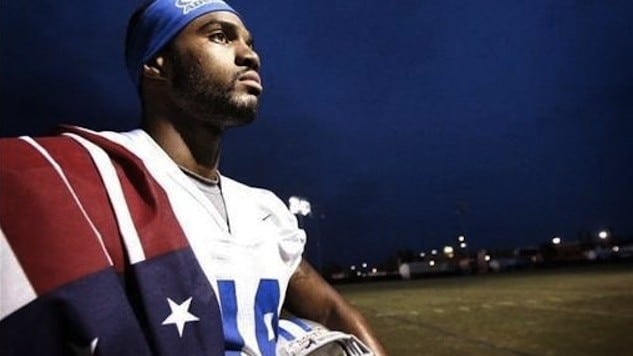 Former Marine Sgt. Steven Rhodes has been forced to put his football dreams on hold for a year due to an obscure NCAA rule.

The 6’3”, 240-pound Rhodes was a Marine Corps air traffic controller for five years and played recreationally during his service. According to the NCAA, that means he can’t jump right into a professional team.

“It was loosely organized and generally just for fun, but since the teams had uniforms and referees, the association characterized it as organized competition, and a by-law forces student athletes who don’t play college sports immediately after high school to sit out a year for every year [of] organized competition they play before arriving at school. So they told him they has to sit out the upcoming seasons,” SBNation reported.

Once his term with the Marines was over, 24-year-old Rhodes started contacting coaches at Middle Tennessee State University about a walk-on position as a tight end and defensive end. The coaches gave him a chance, but now he has to war a redshirt and sit on the bench. 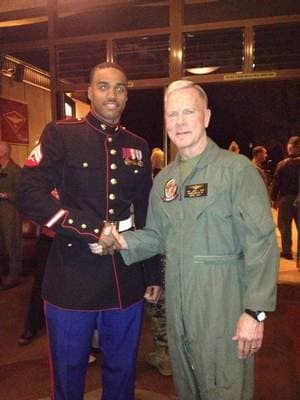 “This is extremely frustrating. I think it’s unfair, highly unfair,” Rhodes said. “I just got out of the Marine Corps and I wanted to play. For the [NCAA] to say, ‘No, you can’t play right now,’ I just don’t understand the logic in that.”

The official rule prohibiting Rhodes from stepping onto the field is NCAA by-law 14.2.3.2.1., which basically states student athletes that do not enroll in college within a year of graduating high school will be penalized one year of intercollegiate eligibility per academic year they participate in organized competition.

Rhodes had no knowledge of this rule when he enlisted in the Marine Corps, and his frustration is understandable. But keep your eyes out for Rhodes next year when he is finally permitted to get off the bench and make some plays.