Sixteen lives were changed the moment they won a huge chunk of the recent $448 million Powerball jackpot.

The bunch, now nicknamed “Oceans 16” after the film “Ocean’s 11,” all took part in a press conference. But it was William Seeley who was the main attraction.

With a boisterous, larger-than-life personality, frayed and tired fishing lure covered straw hat and Duck Dynasty shirt, you would think Seeley was actually part of the Dynasty himself – especially with the fully-matured beard. 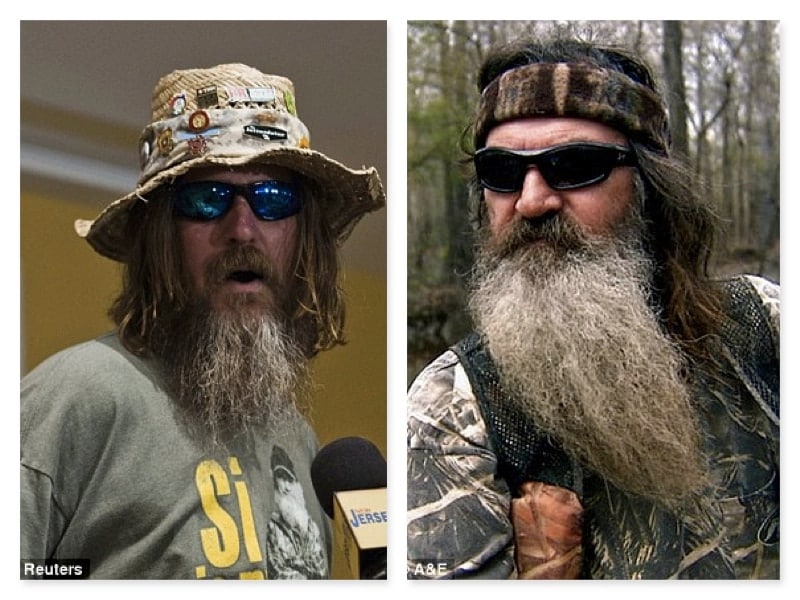 Seeley bears striking similarity to members of the Duck Dynasty.

Most of the Ocean County Vehicle Maintenance Center employees told reporters they planned to return to work, despite being able to afford an indefinite paid vacation on any beach of their choice. But Seeley had different plans.

“I’m just gonna’ continue watching NASCAR racing on Sunday. Maybe I’ll be at my log cabin on multiple acres of land,” Seeley chuckled as he knocked over one of the microphones. “I didn’t do it!” 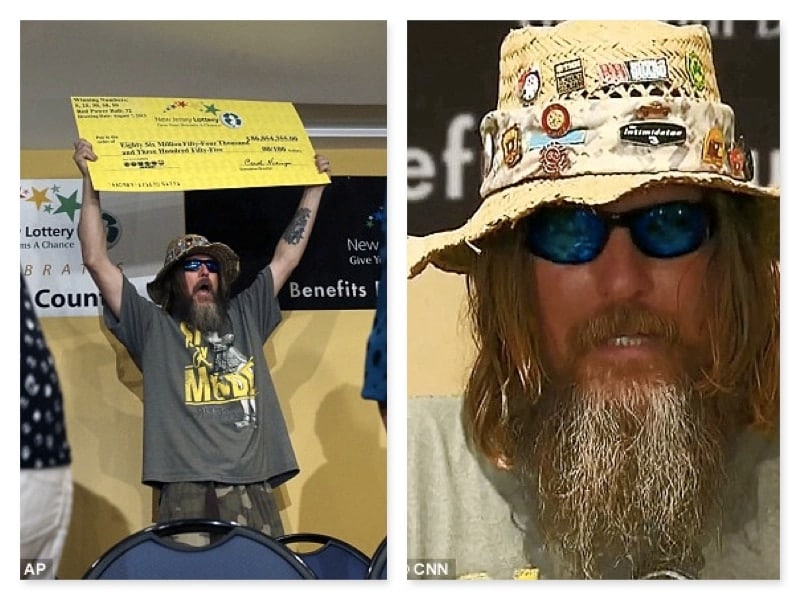 Seeley plans to use his newfound fortune to watch NASCAR on Sundays and retreat into the woods to hunt and fish every day.

In another interview Seeley said, “I may stay working, but maybe just not at that facility. Then again I just might disappear into the woods and hunt and fish everyday.”

Seeley said the first stop he made after he learned of his newfound money was to the home of his cancer-stricken, widowed father, to tell him he’d never have to worry about money again, and to just focus on beating cancer.