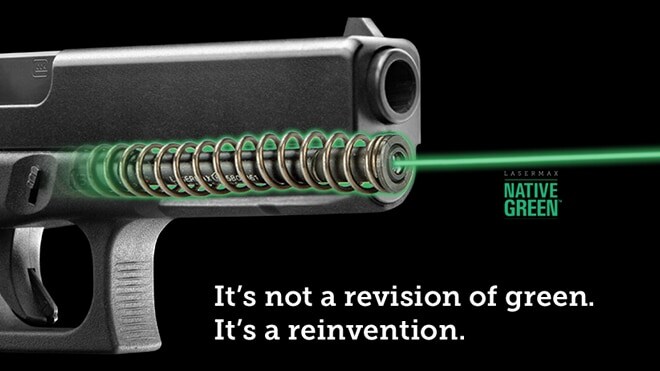 LaserMax, a leader in laser sights and guide rod laser systems, has announced a new technology that is allowing them to make green light guide rod lasers. Previous-generation green light laser optics were too large to squeeze into the very small guide rod package.

“The guide rod laser is the smallest and most robust laser to enter the market,” said Kurt Worden, LaserMax vice president for the product announcement. “Now, with the enhanced visibility of green over red paired with native green’s stability over a broad range of temperatures and maximized battery life, there is no better laser sight available today.” 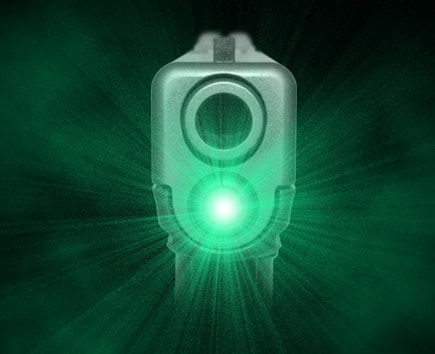 Green light lasers are favored over red light lasers for their increased precision and visibility in practically all shooting situations. They are sometimes criticized for costing more and having lesser run times, but that hasn’t prevented them from penetrating commercial, law enforcement and military markets.

Guide rod lasers have also proven to be up to the task, and although they often sacrifice a bit of battery life to fit into their small package, placing the laser inside the gun offers a lot of benefits, including being that much closer to the bore, but also holster compatibility. A gun fit with a guide rod laser will work with all gun holsters, not just specialty holsters that are made to accommodate rail-mounted accessories.

“At one with the gun, the LaserMax Guide Rod Laser sight system replaces the factory spring guide and recoil spring with a ruggedized laser assembly that incorporates the diode, electronics and battery source.  Because it is housed completely within the firearm, installation of the sight does not restrict holster choice or effect grip ergonomics in any way.”

The laser is factory-aligned and is rated to remain on-target for 20 years, and the units themselves are backed by a 5-year warranty. They are toggled on and off using a modified slide stop. “Unlike lasers that turn on automatically, a modified slide lock lever serves as LaserMax’s signature Controlled Activation switch, allowing the shooter to operate from concealment without risking a potentially dangerous reveal of his or her position. Placement of the laser and switch also reinforce the NRA’s rules for safe handling of firearms and prevent any potential blocking of the beam.”

The new green light laser sights have a continuous run-time of about an hour, and likely much more if not turned on and left on.

The question is, what’s next in line for green light laser sights from LaserMax? The safe bet is the 1911, but we wouldn’t be surprised if they turn to the M&P/XD/FNS market either.