Florida woman and her .45 stops man from beating girlfriend 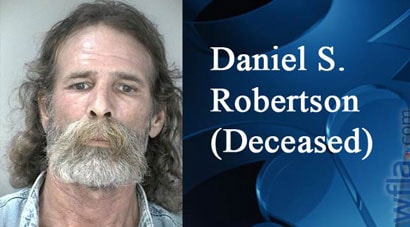 Vickie Rock quickly went from Good Samaritan to victim when she tried to help the screaming woman. (Photo credit: WFLA)

A break in and domestic dispute Saturday morning turned fatal for one man in Riverview, Florida, after he redirected his attentions from beating his girlfriend to another woman who intervened.

According to local news media, Daniel S. Robertson, 56, broke into his girlfriend’s apartment around 6 a.m. and attacked her.

Vickie Rock, 50, was visiting her boyfriend in the next apartment over when she heard glass shatter, loud banging and the desperate cries of the woman next door.

Rock, armed with a .45-caliber handgun, went to see what the commotion was about. She found that Robertson had kicked in the door and was inside beating the woman with a metal object. Rock demanded that he stop, and although he did stop, he then turned his attention towards Rock instead. When he started hitting her as well, she shot him.

When deputies arrived they found Robertson in the parking lot dead.

Detectives interviewed both women, as well as other witnesses, whose accounts of the incident all collaborated. Investigators found extensive damage to the woman’s door and window and both women suffered from facial injuries sustained by Robertson.

Neighbors who witnessed the incident stated that they were awakened by the sounds of screaming and gunshots. 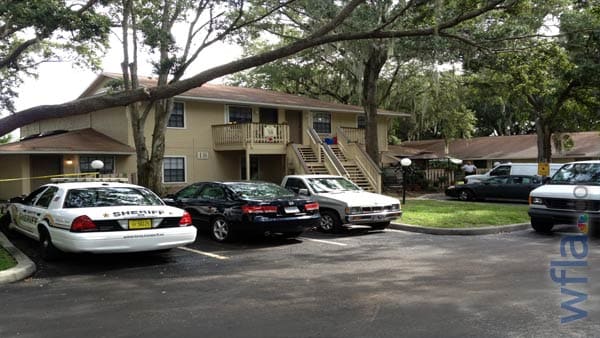 “About 6 o’clock in the morning I heard a lady scream, ‘He is killing me, he is killing me!’” said neighbor Nathanial Taylor, who said he heard three gunshots and watched Robertson fall to the ground outside.

Rock was taken into police custody for questioning, but was released without any charges. Concluding the investigation, the Hillsborough County State Attorney’s Office will decide whether to file any charges against Rock, although none are expected.

There was no report on whether the women sought medical attention for their injuries or the extent of those injuries.