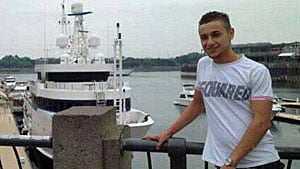 Sammy and his sister left violence-ridden Syria five years ago to live with their father in Canada, hoping for a better life. (Photo credit: Twitter)

In a decision that brings both surprise and relief to family and friends of the Canadian teen who was shot and killed by officers last month, the Toronto Police Special Investigations Unit announced yesterday that the officer has been charged with second-degree murder.

Raw and uncut video of the incident surrounding the fatal shooting of 18-year-old Sammy Yatim was captured by onlookers via cellphone. The video showed the teen, armed with a knife, alone on a streetcar in Toronto, as officers demanded him drop the weapon. Witnesses who were on the streetcar with Yatim beforehand described the actions of the teen, which seemed to question his mental state at the time.

Yatim refused to put the knife down and as officers moved in towards him, Constable James Forcillo fired a total of nine shots, six of which were after the teen had already fallen to the ground. Following those shots, another officer then tased the teen.

The incident immediately sparked angry reactions from people across the country, who cried about misuse of power and the lack of officer training in dealing with the mentally ill — both issues have been addressed before in previous cases.

Forcillo was placed on leave during the investigation of the incident, as is standard procedure with any officer involved shooting.

However, the SIU’s decision to charge Forcillo still came as a shock, being that since the unit’s inception in 1990 there have been only two other officers who have faced the same charges despite the unit’s investigating 44 officer-related deaths in the past five years.

Although Yatim’s family is relieved that the charges have been filed, they are still demanding greater action be taken.

“We have been waiting patiently and co-operating with the police investigation and want to hold accountable all those responsible for Sammy’s death,” the family expressed in a statement that was sent to media. 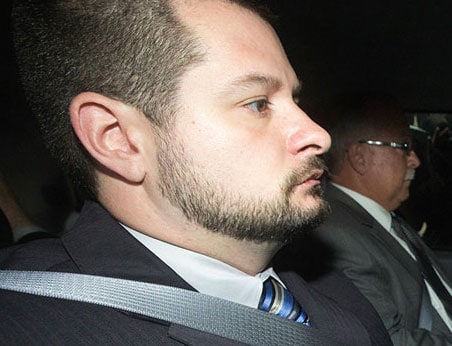 Outrage remains that the more than 20 officers that were on the scene during the incident did nothing to try to intervene or diffuse the situation before Forcillo pulled the trigger. Furthermore, the use of such force – six shots fired after Yatim was already on the ground, followed by a high-voltage jolt from a taser – is being questioned as well.

Toronto Police Chief Bill Blair stated that retired justice Dennis O’Connor will head an evaluation of police procedures, use of force and responding to the mentally ill.

“Moving forward we expect complete transparency and accountability. We want to work now to ensure that Sammy’s blood wasn’t wasted and to prevent any other families from enduring such a tragedy,” the family’s statement said.

Toronto police union president Mike McCormack said, “There’s no winners in this. It’s a lose-lose situation for the family and our officer.”

Forcillo has been with the Toronto Police Department for six years. If convicted, he could face up to 25 years in prison.