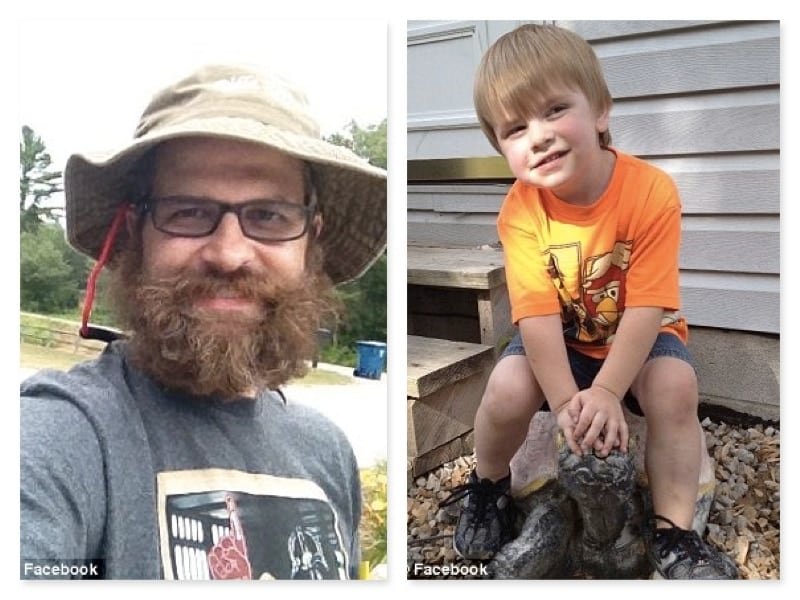 Brian Holbrook said he still supports the Second Amendment, even after his son accidentally shot himself with his housemate’s unlocked handgun.

A three-year-old boy died in a tragic firearm accident Sunday when he accidentally shot himself in the head after finding an unlocked handgun. The grieving father said on Facebook just hours afterwards that he still supports the right to bear arms.

Brian Holbrook returned home to be with his children in Dundee, Michigan, after a long day of work as a plant operator at the University of Michigan. It was a full house shared between two families, with five children, three of who were Holbrook’s.

Holbrook had been home for only minutes when his son, Damon, found his housemate’s weapon and fatally shot himself in the head. Paramedics rushed to the scene and tried to revive Damon, but the trauma was too severe and he succumbed to his injuries. St. Joseph Hospital in Ann Arbor declared the boy dead at 5 p.m. on Sunday.

“Yesterday I lost my 3yrd son to a gun accident,” Holbrook posted to his Facebook page. “We r all hoping to wake up from this nightmare. My baby boy is gone & I will never get to hold him again. I will miss him terribly.“

Still a proponent of the Second Amendment, Holbrook wrote to the gun community.

“All I ask is that everyone please, please safety first… lock it up and put it out of reach of anyone that has no business being around a gun especially kids. Gun safety people! My boy would still be here if it was put away like it should have been. Thank you for all the prayers & well wishes.” 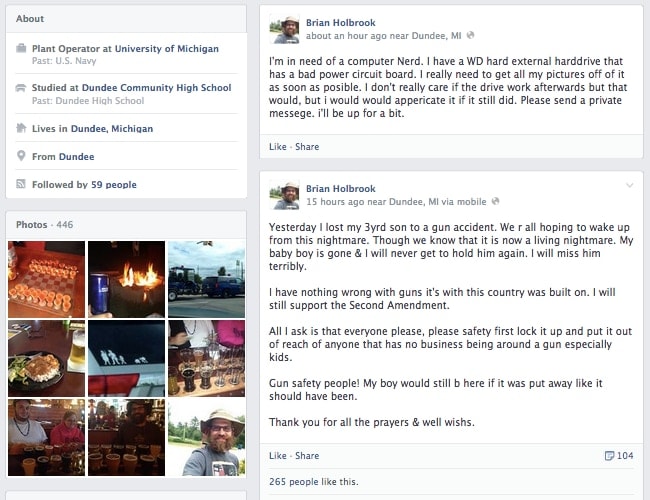 A screenshot of Holbrook’s Facebook page, where he asks that all gun owners lock their weapons in a case before storing them.

Earlier in the day, 30-year-old housemate Joshua Michael Greenhill — who had no criminal record and possessed a permit for the weapon — had stored his .40 caliber Smith and Wesson handgun, unlocked, in his closet. Greenhill was charged with careless discharge causing injury or death and faces up to two years in prison and a fine of $2,000.