An irate customer threw up his dukes when a Dunkin’s Donuts employee got his order wrong in Lauderhill, Florida. 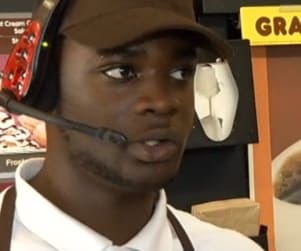 Rajay Hall was just trying to do his job when customers 27-year-old Jeffrey Wright and  22-year-old Alexis Longo confronted the employee after he messed up their drink.

“I asked them what do they want in the coffee,” Hall told NBC Miami. “She was like, ‘I don’t know, like, just make black coffee.’”

Hall said Longo threatened to punch him, and when he said, “go ahead,” Longo lunged forward, and that’s when Wright punched the Dunkin’ Donuts worker.

The fist fight went on for approximately two minutes while customer tried to intervene. At one point, Wright pulled out a 9mm Taurus Slim handgun and pistol whipped Hall multiple times, all of which was capture on the store’s surveillance cameras.

Gary Benjamin, a fellow employee, also stepped in to break up the fight.

“I was trying to play peacemaker,” Benjamin told CBS Miami. “I didn’t want things to escalate further than they did. [Hall] was struck in the head a few times. I heard the blow connect. But he’s OK . He’s a tough kid.” 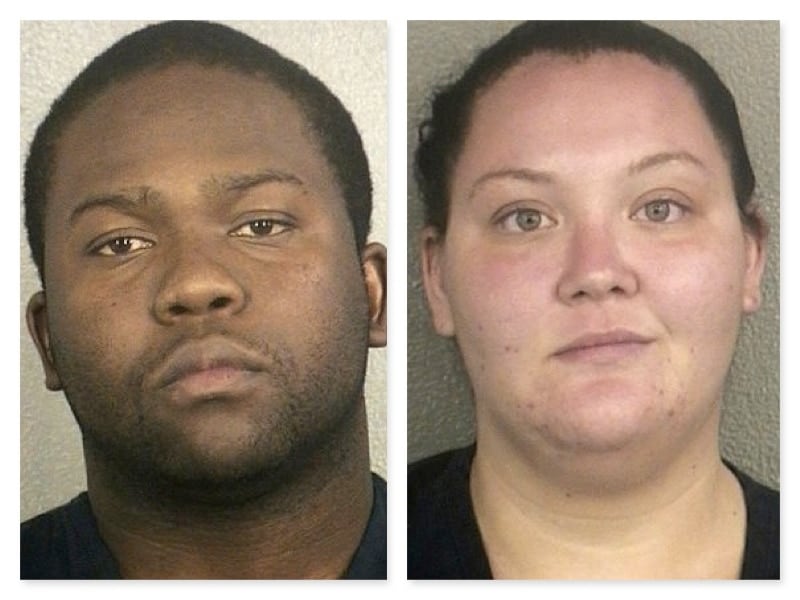 Jeffrey Wright, left, and Alexis Longo confronted Hall after he got their order wrong.

Police said Wright worked as a security and possessed a concealed weapons permit.

“He pulled out a firearm and hopefully he’ll have to face the consequences,” Benjamin said.