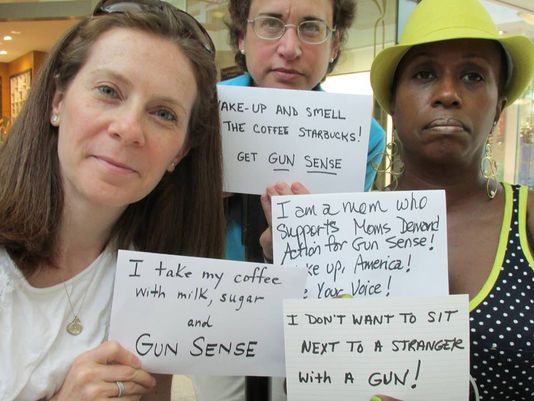 I don’t really like Starbucks. I don’t drink coffee. Instead, I drink tea. Green tea to be precise. And I don’t much like paying $2.80 or whatever the above-nominal fee I paid last time I was at a Starbucks for a tea bag and a small cup of hot water.

Thanks, but no thanks. I’ll go buy a 50-pack of tea bags from Walmart for like $5 and boil some water at home. It’s much more economically viable.

Beyond that, the people who frequent Starbucks annoy me. I don’t get the whole coffee culture scene. It’s probably different from city to city, but I live in Los Angeles, which is filled with the most vain and pretentious individuals on planet earth. No lie. And, for whatever reason, they all hang out at Starbucks.

Yet, despite the fact that I don’t enjoy the Starbucks experience, I will be spending my hard-earned money at my local Starbucks this Saturday in protest of a national boycott of the java giant orchestrated by the pro-gun control non-profit, Moms Demand Action for Gun Sense in America.

See, Moms Demand Action is urging its members and other gun-control supporters to “Skip Starbucks Saturday” — this Saturday, Aug. 24 — as a way to pressure Starbucks into changing its company policy with respect to open and concealed carry.

“Many moms are unaware that if they take their children to Starbucks, their children may be standing next to a customer who has a loaded weapon,” Shannon Watts, founder of the non-profit group Moms Demand Action for Gun Sense in America, told USA Today.

As noted in previous Guns.com articles, the world’s biggest coffee chain has remained neutral in the contentious debate over gun control.

Unlike some of its competitors, Peet’s Coffee for example, that have posted “No Guns Allowed” signs in states that permit law-abiding citizens to carry concealed firearms for self-defense outside the home, Starbucks has made the conscious decision to remain apolitical, to simply follow local laws.

Zack Hutson, a Starbucks spokesman, has iterated on a number of occasions that the company’s “longstanding position is to comply with local laws in the communities we serve.”

“We think that’s the right way to ensure a safe environment for our partners,” he added, which means that if one’s state or city doesn’t prohibit or restrict concealed/open carry, one can bring his/her firearm into a Starbucks location.

Well, needless to say, this refusal to ban concealed/open carry in store locations really pisses off Moms Demand Action, which believes that Starbucks should do just that “in the interest of customer safety,” as Kim Russell, national director of outreach for Moms Demand Action, told USA today.

“Starbucks is a progressive company that does a lot for the community,” Russell said. “That’s why we hold them to a higher standard.”

Russell pointed to a freak accident in St. Petersburg, Florida, where a female customer was shot in the leg when another woman, a friend, dropped her purse which contained a handgun that accidentally discharged. Though, it should be noted that the gun owner was not a licensed concealed carry permit holder.

Additionally, Russell voiced concerned over pro-gun rallies that have taken place at various Starbucks locations throughout the country, the most recent being ‘Starbucks Appreciation Day,’ which was held in Newtown, Connecticut, outside a store location (the Starbucks closed down that day out of respect for the families of victims). 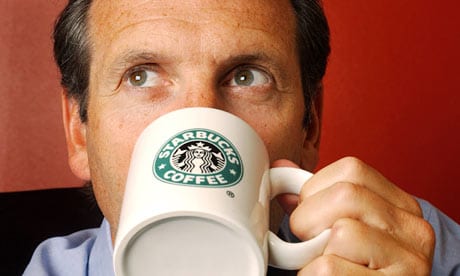 Moms Demand Action’s goal is to collect 25,000 signatures in support of a Starbucks gun ban and then present those signatures to Starbucks CEO Howard Schultz.

While Moms Demand Action may succeed at gathering the signatures, I hope they fail at convincing Schultz to change corporate policy. In fact, I bet they will. The reason? Well, it’s not because Schultz is pro-gun — after all, Starbucks bans firearms at it’s corporate headquarters and employees are not allowed to carry at work — but because Schultz probably sees the free publicity generated by his company’s neutral stance (as they say in advertising, “any publicity is good publicity”).