Spirits were high in Boston as Wounded Warrior heroes took to the field at Fenway Park, showing off their skills in a friendly game of softball. It was the Wounded Warrior Amputee Softball Team against the Boston Marathon First Responders.

Kyle Earl, a 27-year-old Michigan native with a wife and three kids, knew the role he played on his traveling softball team. He was a runner, and a fast one at that. Put pressure on the defense and cover ground in the field – that was his job. 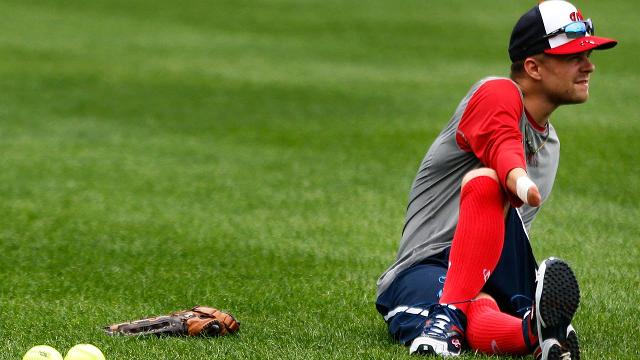 Kyle Earl stretches before his game against the First Responders.

Earl is a former Marine and during his service he took part in Operation Iraqi Freedom. After an improvised explosive device detonated in 2006, his right hand was amputated.

“For me, I mean, having one hand, you have to catch, take the glove off and be able to throw, “said Earl. “Hitting – it’s the same thing. This is all I got.”

Earl motioned to his right arm, which stops short near the wrist.

Picking up a bat and pointing to a spot near its base, Earl said, “I hold it right here.”

While Earl may have only one hand to swing with, he can still hit it out of the park. On Monday night’s game, Earl served as the designated hitter. 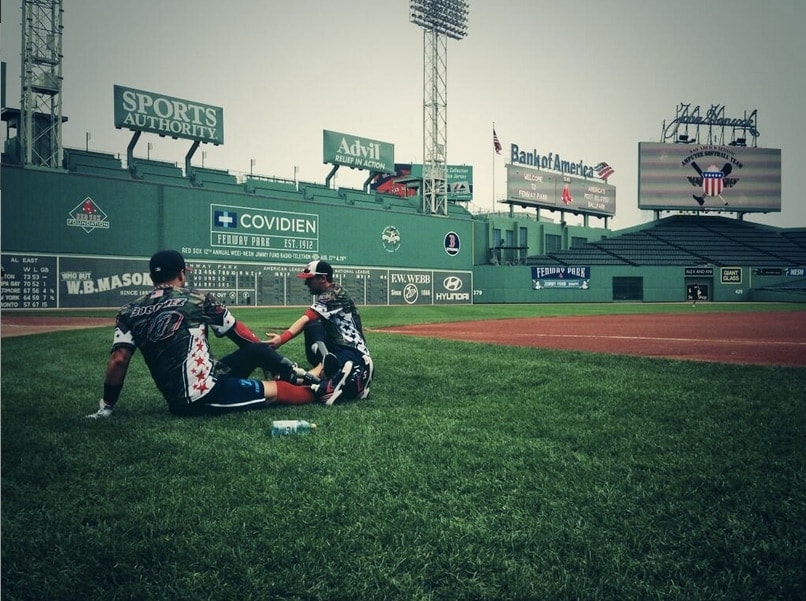 Teammates from the Wounded Warriors stretch before the game.

The crowd in the stadium cheered jovially, but the players were nothing but business.

“You either beat us 20-0 or we’re going to bear you 20-0, “said WWAST general manager David Van Sleet, an Army veteran who also spent 30 years with the Department of Veterans Affairs.

Though the Wounded Warriors were missing limbs, they were no slouch on the field, something the First Responders learned a little too late. It’s not that they underestimated their opponent, but that they failed to hold organized practices before the game. 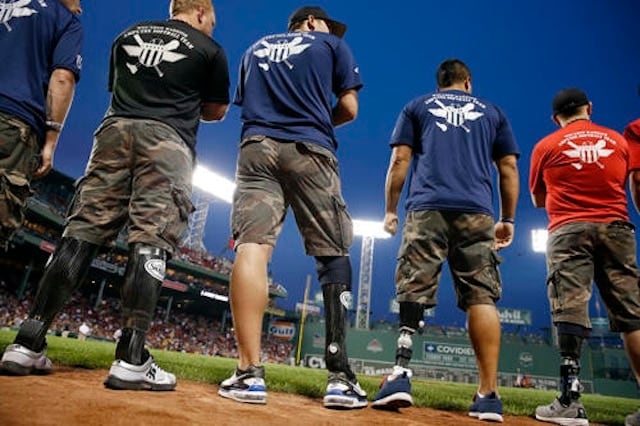 The Wounded Warriors pose standing on the sidelines. 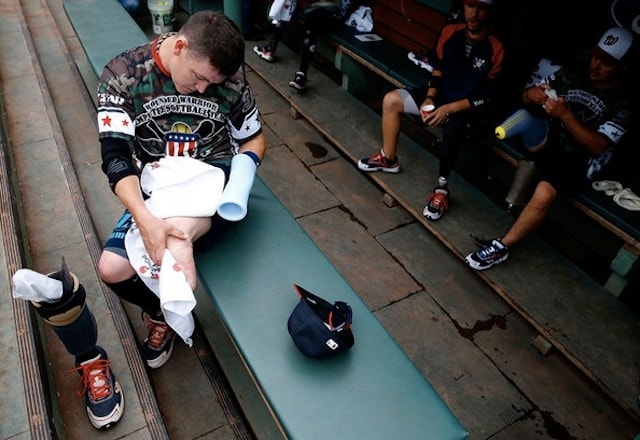 Timothy Horton of the Wounded Warriors adjusts his prosthetic leg. 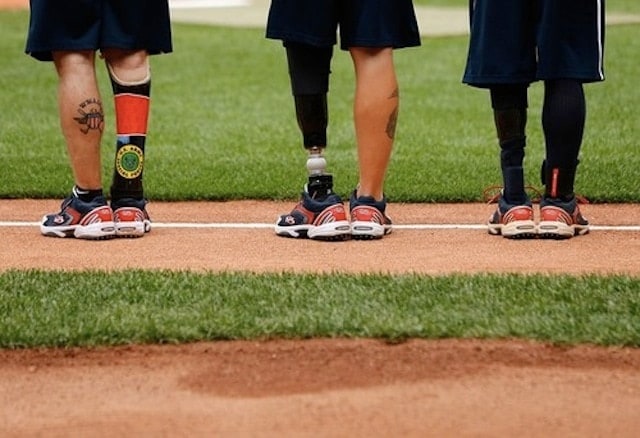 All members of the Wounded Warriors have had at least one amputation.

“To be on the same field as these guys is an honor itself. Somebody texted me if I wanted to play in this game and I said yes before the ink was dry in his text,” said Boston firefighter Phil Byrne.

Van Sleet takes his position very seriously, having traveled to 55 cities in 25 states, playing a series of games against police and fire departments.

“We have a motto,” Van Sleet said. “Life without a limb is limitless. But more importantly, life goes on.”

In the end, it was the WWAST who won the game, beating the First Responders 28-11. 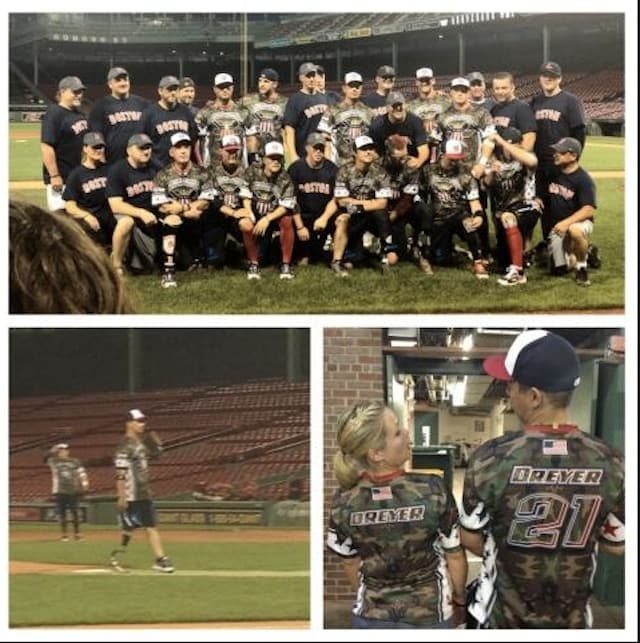