Tim Hill, the brother of Georgia gunman, Michael Hill, said in an interview with Piers Morgan that there are no gun laws that could have stopped his brother from acquiring an AK-47. 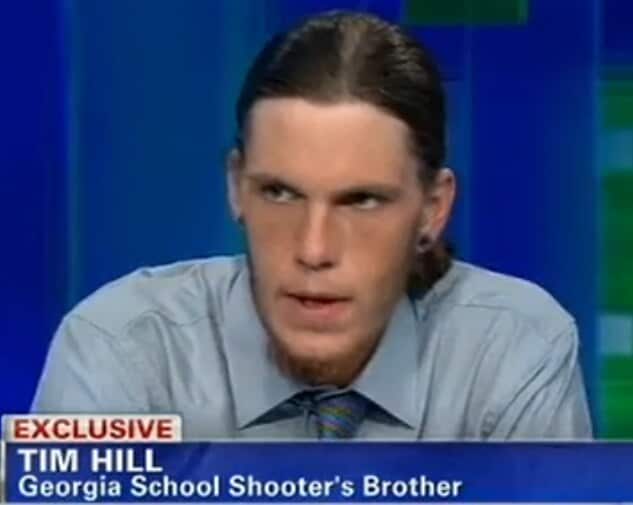 Tim Hill tells Morgan there is no gun law that could have prevented his brother from acquiring an AK-47.

While Tim was “a bit” surprised by his brother’s violent outburst, he said “it seemed like eventually he would do something like this, but not to this magnitude.”

Tim described his brother as having a normal childhood, doing things most kids do like play in the woods. It wasn’t until Michael reached adolescence that his mental instability began to surface.

Tim recounted several instances when his brother had done things that caused him concern – being institutionalized, setting his family’s house on fire, standing above his sleeping mother with a butcher knife, and repeatedly attempting to commit suicide.

Morgan asked if Tim felt “angry that the system betrayed” his family, to which he replied, “I’m not angry. I feel like there’s just a whole lot more they could have done.”

Tim was distressed that President Obama took time to make a personal phone call to the heroic bookkeeper, Antoinette Tuff, who talked down his brother from making a potentially lethal mistake, instead of taking steps towards “reaching out to people that have mental disorders.” 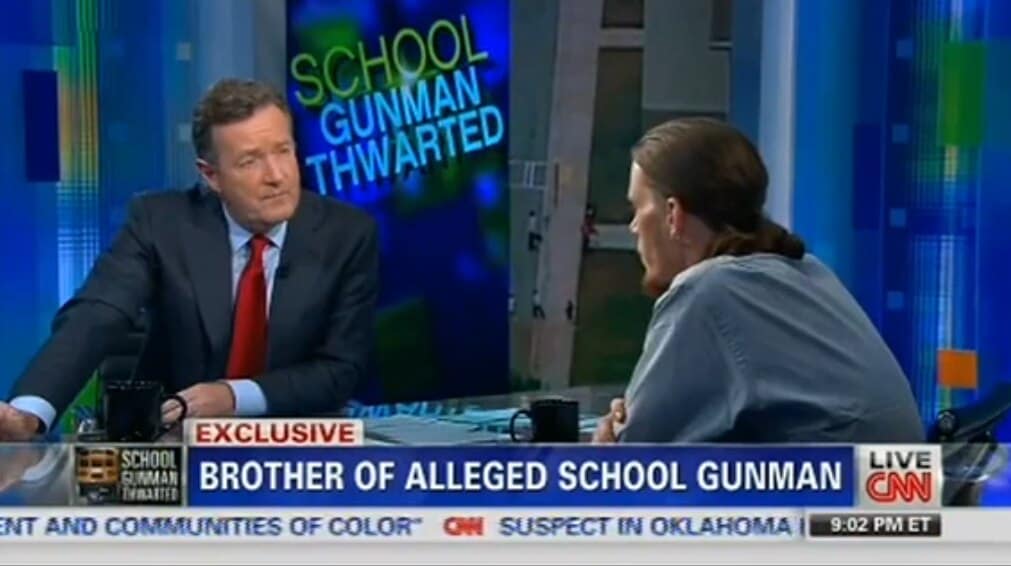 Morgan asked if Tim Hill was “angry that the system betrayed” his family.

“He should be more focused on trying to get to the bottom of how he can help these kids,” Tim said. “Instead of calling somebody up just to thank them for what they did. Yeah, I’m pretty sure she’s been thanked by hundreds and hundreds of people.”

Tim wasn’t angry with Tuff for helping his brother, in fact he expressed his gratitude. He just wanted something to be done for those who need help.