Clerk evens the odds in a robbery gone wrong (VIDEO)

A robber, armed but no so dangerous, had the tables turned on him when a store clerk snatched his pistol away.

A bandana-wearing robber strutted into an Exxon gas station in Schuylkill County, hoping to make an easy get away. He fled after store after the clerk ripped the gun out of his hands, but in a moment of what can only be described as stupidity, returned moments later to collect the rest of the cash from the till. 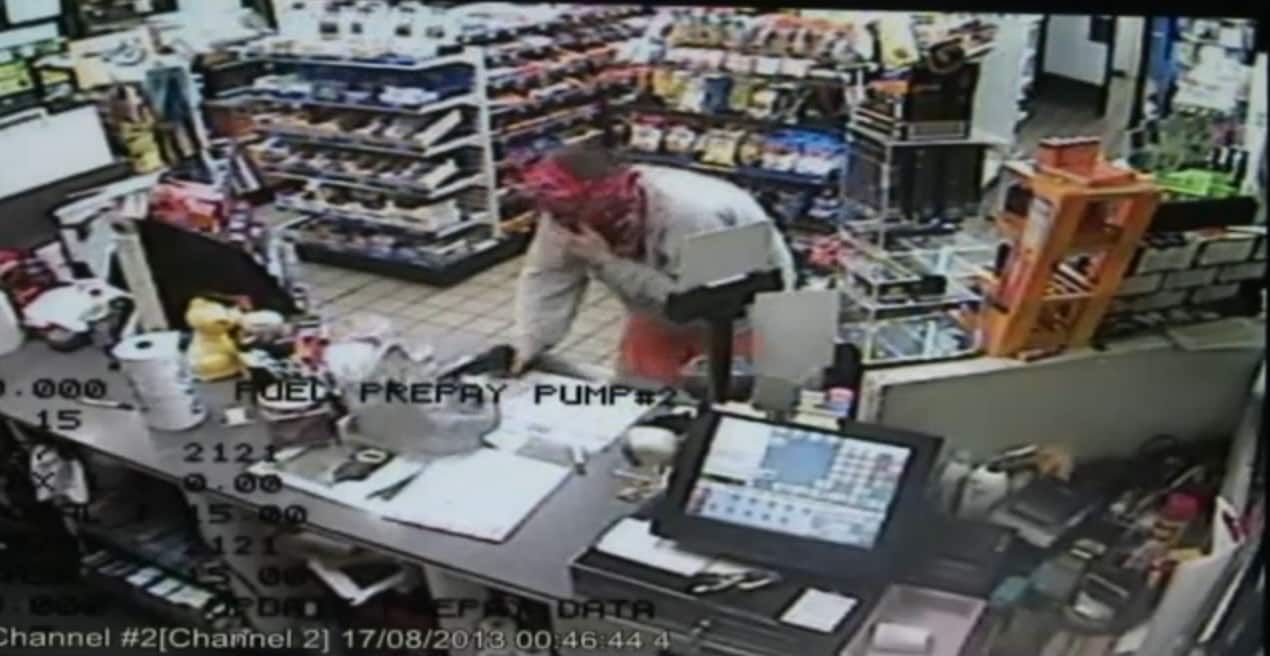 The crook ordered the clerk to remove the till. 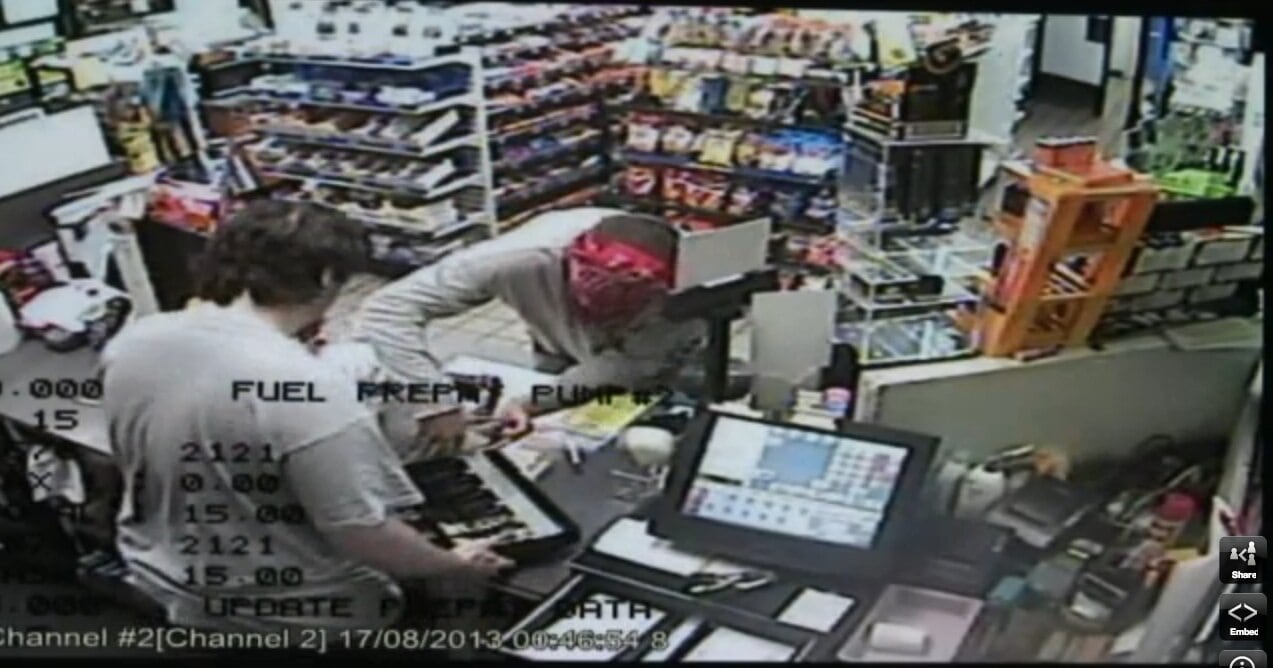 Focusing on the cash, the robber set his gun on the counter.

The clerk seized the opportunity and grabbed the gun.

“I think that takes a lot of gall and I think it’s pretty sad, pretty sad for this to go on in our community that that goes on,” store manager Binder Tal said.

When the brazen robber returned for the cash, he made a swipe for his gun too. As it turned out, it was only a BB gun. 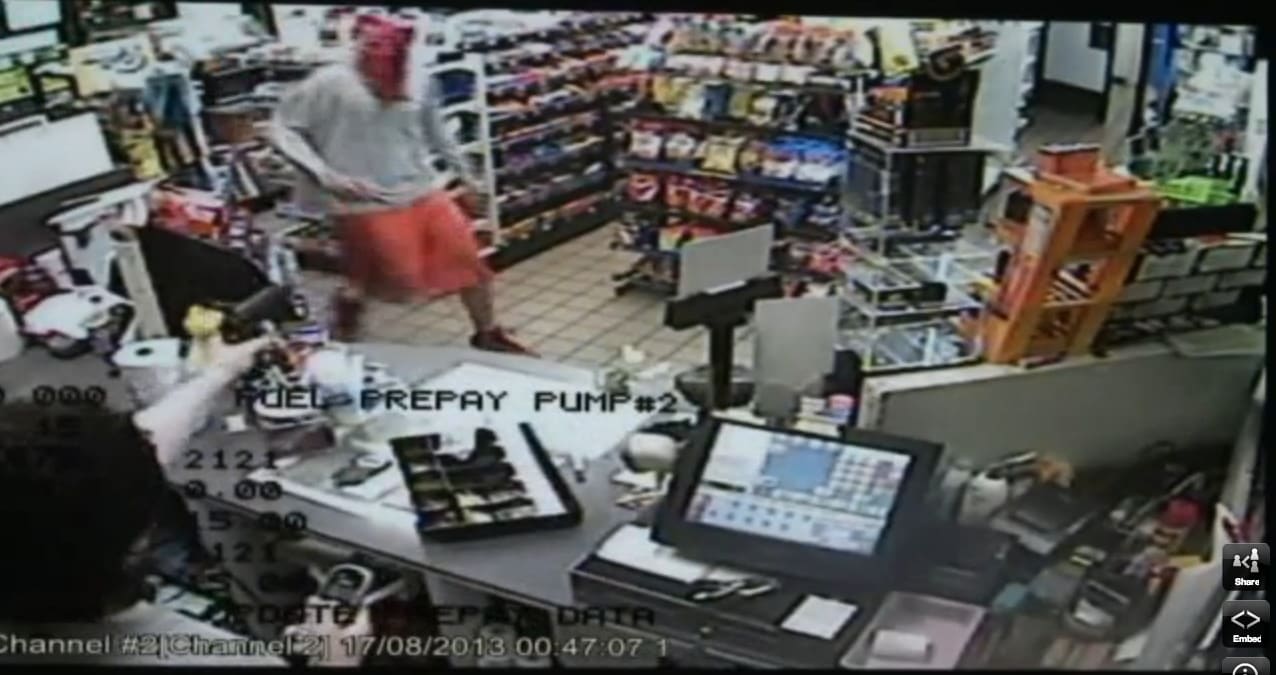 Moments after being disarmed, the robber comes back for more. 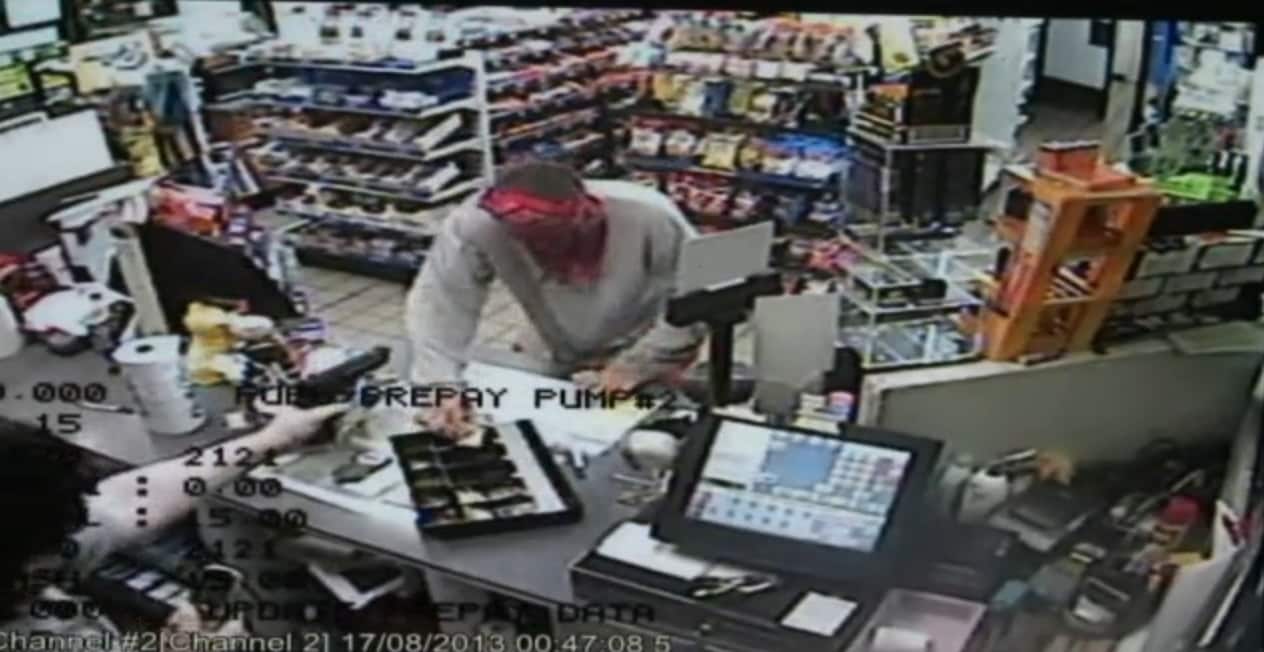 Ignoring the weapon pointed at his face, the crook continues pillaging the cash drawer. 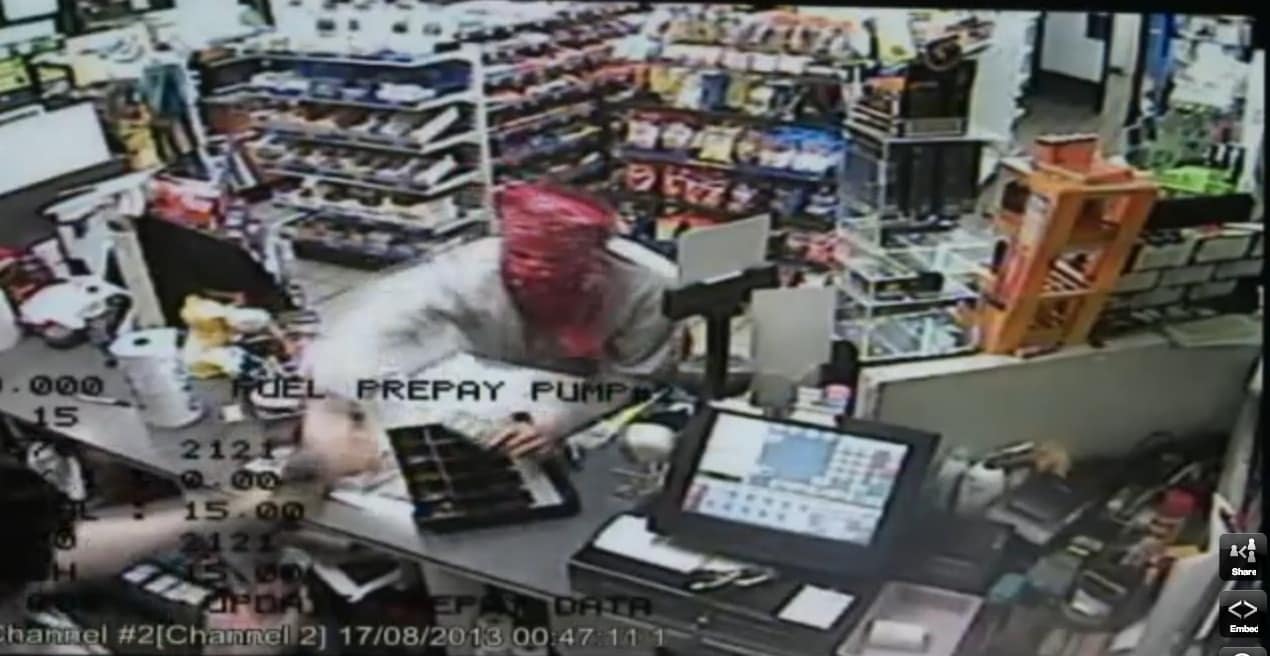 Not satisfied with just the money, he tried to get his gun back too.

The store delivery man, Jason Rockey, was more than a little surprised by the incident.

“Drunk, on drugs or something like that, obviously his mind wasn’t functioning correctly to rob a place and leave your gun and come back for it.”

“The employee just had a newborn baby, not even a week old and I’m sure the thoughts in his mind is, ‘I am a new father, I hope nothing goes wrong with me, my safety is my number one concern,’” Tal said.

This was the second robbery the business has been subjected to in less than two months. Police said last month a man armed with a gun entered the store and demanded money from the clerk.

The store is offering a $1000 reward for any information that leads to the arrest and conviction of the bandana-bandit.