Homeowner finds burglar asleep in his bed, wearing his clothes and sleeping with his gun (VIDEO) 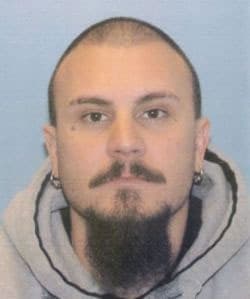 All that’s missing from this tale are three bears and a bowl of porridge.

When a man returned from work to his home in Ravenna Township, Ohio, on Monday, he didn’t notice anything out of the ordinary – until he went into his bedroom and found someone sleeping in his bed.

It wasn’t a fairy tale, and the sleeping suspect was certainly no Goldilocks, but rather Cory Fulst found that 31-year-old Dustin Applegate had broken into his home and gathered some of his items in a backpack. However, before Applegate made his escape he decided to catch a few Z’s. And before he made himself cozy in the bed, he also changed into some of the homeowner’s clothes and laid out Fulst’s loaded shotgun beside him.

When Fulst first came home just after 4 o’clock in the afternoon, he didn’t even know that he had been the victim of a burglary. The front door was still locked. Apparently Applegate had broken in through the back door.

“He thought there were some things that maybe were out of place but didn’t pay much attention to it, so he’s going about his normal activities getting home from work and walked into the bedroom and found this gentleman wearing his clothes, the homeowner’s clothes, laying in his bed asleep with the homeowners shotgun laying beside him,” Portage County Sheriff’s Office Lt. Gregory Johnson told reporters.

At that point, Fulst made a call to 911. Part of the conversation went something like this:

“What’s he wearing?” the dispatcher asked.

“My t-shirt, my clothes,” Fulst replied.

“He’s got my gun loaded and everything,” Fulst explained as he ordered Applegate to sit on the front porch until deputies arrived.

“He has your gun?” asked the dispatcher.

“No, I have my gun,” Fulst clarified. “It’s loaded. He loaded it. Better hurry up because he wants to run.”

Fulst then told Applegate, “Get down, dude. Sit down right there.”

And Fulst kept Applegate sitting – with a loaded shotgun trained on him – until deputies arrived.

Applegate, who has a prior record for burglary and drugs, was arrested and charged with aggravated burglary, a first-degree felony which could warrant up to ten years in prison if convicted.