Ohio school raided by police after report of shooting; Turns out to be a Nerf gun fight 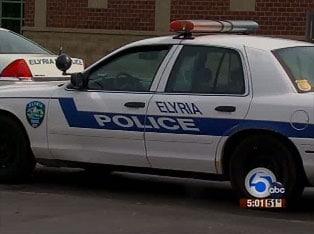 Officers responded in full force and promptly, but were happy to find only Nerf guns at the school. (Photo credit: News Net 5)

A Christian school in Elyria, Ohio, had a bit of a scare when classes started back on Wednesday. Apparently a misunderstanding over a phone message prompted a call to the police by a girl who thought that the school, which is just outside of Cleveland, was under attack.

After police received a call about 1 o’clock in the afternoon that shots had been fired at the school, Elyria police, Lorain County sheriff’s deputies, Elyria firefighters and Lorain County Metro Park rangers rushed to the Open Door Christian School and Church, the largest private school in Lorain county with students ranging from preschool to high school.

Once officers arrived, they immediately put the school on lockdown and set up a perimeter around the school and church. They were able to clear the area in just 15 minutes and classes returned to normal, as the only guns that were found on the school grounds were Nerf guns that were being used in a “gunfight” at the church.

Apparently, the call to the police was initiated after the church secretary’s daughter misinterpreted a message she received from her mother about getting shot at her office during the Nerf gunfight.

Elyria police Capt. Christopher Costantino said that when they arrived, the students and staff were both surprised and confused.

“People were shocked that we were there,” he said.

But despite it being – thankfully – a false alarm, the incident still garnered strong emotions and positive reactions in those at the school.

“I was very impressed with the quick response by police,” Denver Daniel, the head of the school, said.

Costantino stated that the daughter of the secretary only called out of concern and that she did the right thing. And, of course, this was an honest mistake, a miscommunication.