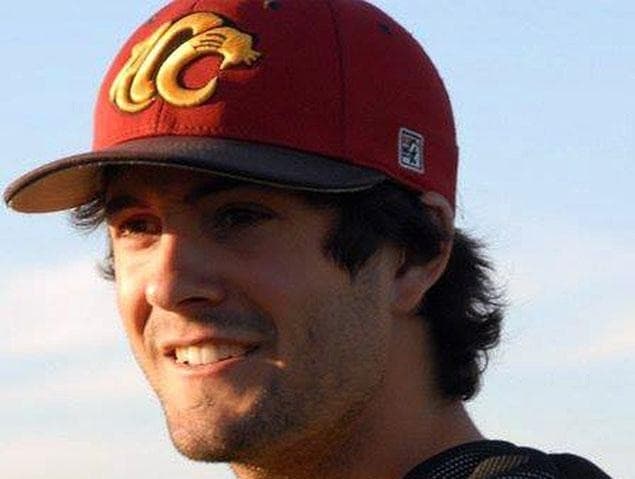 The shooting death of 22-year-old Christopher Lane is about as sad and tragic as it gets.

Lane, a native of Melbourne, Australia, who was attending East Central University in Ada, Oklahoma, on a baseball scholarship, was jogging down a tree-lined street in Duncan, Oklahoma, where his girlfriend lived, when three thugs pulled up along side him in a car and gunned him down in cold blood.

Their motive for killing Lane? Boredom, or so it appears based on statements from at least one police official.

“They saw Christopher go by, and one of them said: ‘There’s our target,’ Police Chief Dan Ford said at a press conference. “The boy who has talked to us said, ‘We were bored and didn’t have anything to do, so we decided to kill somebody.'”

While police and the District Attorney’s office have not ruled out other possibilities as far as motives are concerned, all signs suggest that this was a “thrill killing” or a senseless act of violence in the most literal sense.

Details are still emerging, but arrests have been made. James Francis Edwards Jr., 15, and Chancey Allen Luna, 16, are being charged with first degree murder. It is believed that Luna fatally shot Lane from the backseat.

The third culprit, the driver, Michael Dewayne Jones, 17, is being charged with an accessory to murder and use of a vehicle while discharging a weapon.

In the aftermath of a tragedy like this one it’s human nature to question how the untimely death of this young man could have been prevented. One postulation that will indubitably crop up is the idea that tougher gun control laws would have made a difference.

Well, is there any truth to this claim?

“We’ve got statutes right now that prohibit those three from having a firearm. They’re not legally entitled to have a .22-caliber revolver in the first place. You can give me another five, ten, hundred, a thousand laws. It’s not going to stop them,” the district attorney told The Oklahoman.

“They’re criminals for a reason,” he continued. “It’s because they … don’t follow the laws that are there.”

Under Oklahoma law it is illegal for anyone under the age of 18 to possess a revolver, which is believed to be the murder weapon.

However, minors can have a rifle or shotgun under certain limited circumstances, “for participation in hunting animals or fowl, hunter safety classes, target shooting, skeet, trap or other recognized sporting event,” as The Oklahoman noted.

Clearly, these exceptions don’t apply to these mindless murderers not only because they used a revolver and not a long gun, but because they are the antithesis of a responsible gun owner.

As for how they obtained the handgun, authorities are still looking for an answer but are concerned that they may never know for sure.

“I don’t know if we will ever be able to answer that question,” Hicks said.

Looking ahead, Hicks is going to seek the maximum sentence for each teen, that would include life in prison without the possibility of parole for the two charged with first degree murder.

“That’s as harsh as I can get. The Supreme Court back several years ago handed down a case that said you can’t seek death penalty in a case where you’ve got somebody under the age of 18 at the time of the commission of the crime,” he said. “Our hands are tied.”

When viewed through the eyes of gun control advocates, every gun-related homicide is a reason to pass tougher gun laws and regulations regardless of the circumstances of the case or the prevailing logic that when guns are outlawed only outlaws will have guns.

Perhaps that is why it is so important for us to acknowledge what District Attorney Hicks has said. No gun control laws would have stopped these thugs from doing what they did.  That’s the truth.  But let us now hope that they get punished to the fullest extent of the law.