As much as I like a great AR, I’m an AK fan at heart.  I’m not pretending they’re equal choices.  Far from it.  The AR represents a slow technological progression.  They’re slick castings and tight tolerances.  An honest AK is somewhere on the other end of the technological spectrum.

I’m not talking about the counter balanced recoil systems of the new AK 12.  I’m not even lumping in the craftsmanship and mill-work you might see on the new Arsenal SAM7SF 84.  No.  I’m talking late 20th Century Cold War leftovers.  The timelessness of the old 7.62×39 AKs, or their predecessors chambered in 5.45×39. 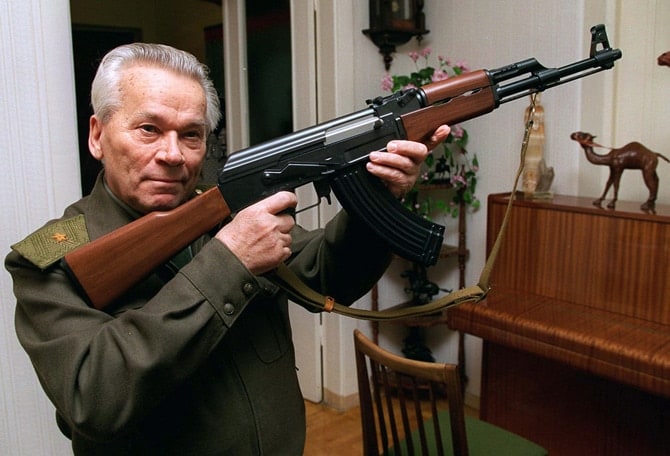 I blame my obsession on this guy.

The 7.62×39  may be the most widely produced rifle round in the world.  That the round is still in circulation is somewhat amazing, considering its origins.  The dominant American philosophy at the end of World War II said wars should be fought with high powered rifle rounds (which is why we ended up with the M14).

But others understood that wars were being fought at increasingly close distances.  The 7.62×39 evolved from a desire to have a heavy round that would hit hard, if not as fast as its forefathers.  Soldiers needed a round that weighed less, took up less space, required less raw materials to make, and one that produced less felt recoil.  The 7.62×51, then fielded in the SKS rifles, evolved, just slightly into the round that defines rifles referred to as “AK-47s.” 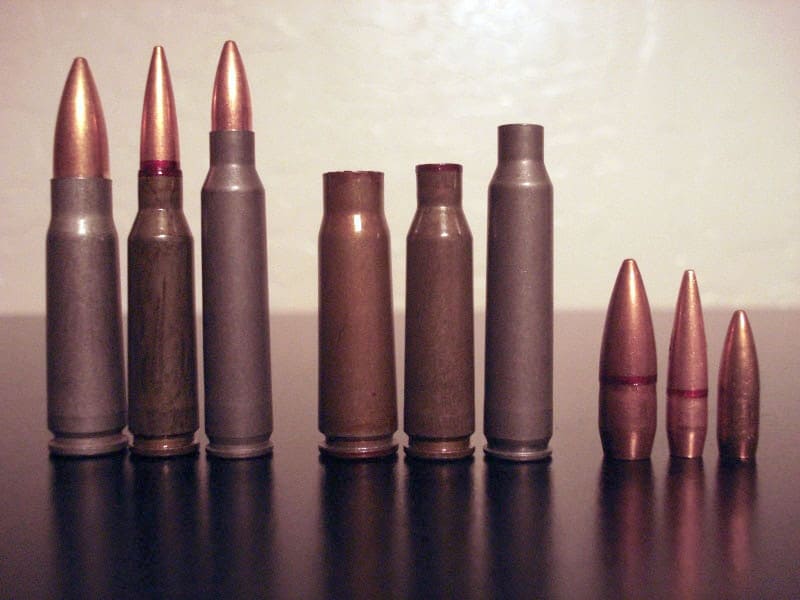 The American engineers were working out a similar equation, but discovered a smaller round, which traveled faster, delivered solid terminal ballistics.  So for a while, the opposing sides fielded two very different rounds. 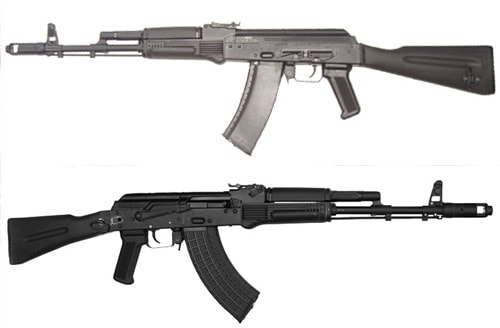 So what about the guns?

We’re not going to settle the caliber debate here.  But there are some practical considerations when choosing between a 74 and a 47, if that is the question.

Let’s set up some ground rules.  For our hypothetical comparison, let’s assume we’re talking about similar rifles.  Two Arsenals, for example.  The lighter colored rifle is an SLR 105.  The other is an SLR 107.

Both have stamped receivers.  Both have the same barrel length.  In fact, they are almost visibly indistinguishable from one another.  Those in the know will look at the curve of the magazine.  Their ranges are similar.  The 74 will kick a bit less, but it would be hard to quantify just how much less.

If we move beyond the ballistic performance for a moment, we’ll get to the real issue for most of us: availability.  There’s plenty of surplus, and pseudo surplus 7.62 floating around.  Even Winchester makes 7.62.  If you want hollow points, or specialized hunting bullets, they’re available.  As of the writing of this, 1,000 rounds of 7.62 will run you $230.  You can even get 7.62 at Walmart.

This one is easy.  Everyone makes a decent 7.62×39 magazine.  Even Magpul is getting into the game.  A good steel surplus magazine will live a lot longer than you will.  No shortage of magazines and more and more being made everyday. 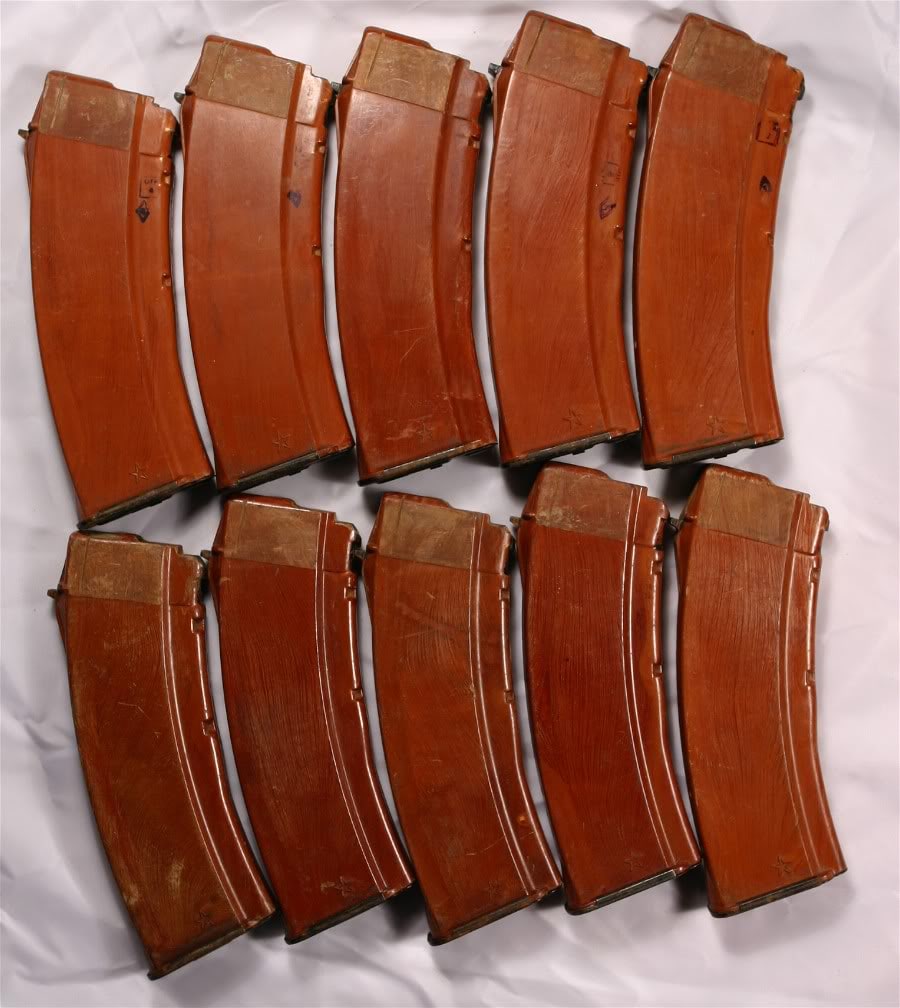 Magazines for the 74 are harder to find, but not difficult.  Tapco makes some good options.

And there are some incredibly beautiful orange Bakelite surplus magazines out there, and others in black plastic and steel.  They will typically start around $25 a piece and go up.  During the frenzy of the last eight months, prices for AK-74 magazines tripled.  But they’re coming back down to more reasonable levels.

There are parts kits available for both calibers.  That’s easy enough to find.  Stocks and forends, straps and other accessories are made for both rifles.  The 47 still holds a dominant place in American mythology and that filters into the availability of the extras, but much of the extra gear is interchangeable.

But there are more reloading supplies for the 7.62.  And gunsmiths are much more familiar with the .30-caliber gun.  That may be reason enough to chose the 47. 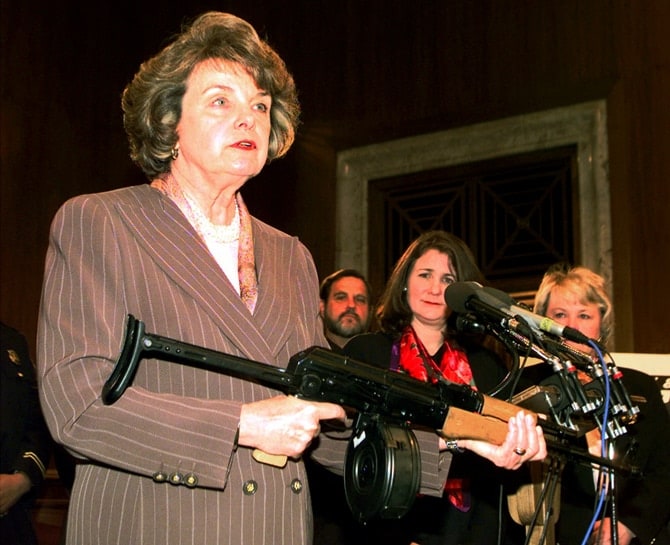 Dianne prefers the 47. Let’s hope that mag is empty.

There are so many different price points for AK platform rifles that it’s hard to make a comparison based solely on cost.  I see 47s and 74s for sale on the used market for as little as $600.  Both calibers are available in fancier variations and with milled receivers.

What do you want the rifle for?  Looking for something to blaze away at paper targets?  Looks like the rock-bottom prices on the 5.45 makes the 74 a clear winner.  And it might be the choice for preppers looking to put away a gun, a couple of parts kits, and a few spam cans.

Or maybe you have visions of ammunition imports ending, and want a gun you can still be shooting when the spam can tap has run dry.  Then it is the 7.62×39.

It is a tough call.  I don’t see how you could go wrong either way.  And I’d suggest picking up both, and an Arsenal SLR-106 while you still can.  That way you’d have your bases covered.  I’ve said it before. Read C.J. Chivers book “The Gun“.  It should be mandatory reading for everyone, I think.  Any AK fan who hasn’t read the book is negligent. 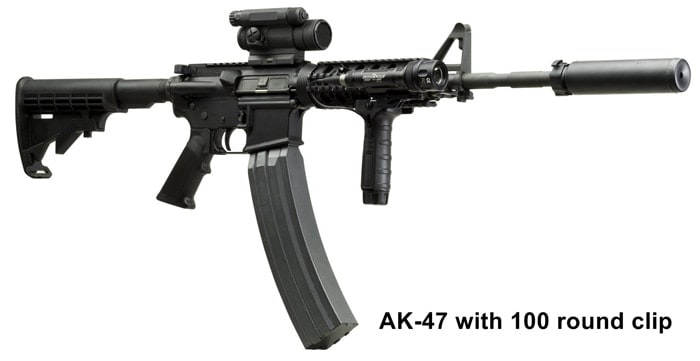 This must be one of them there new AKs I’ve been hearing about.

After all, any gun that’s capable of inspiring this level of outstanding journalism (pulled from this article at Salon.com) should be completely understood.  And treasured.