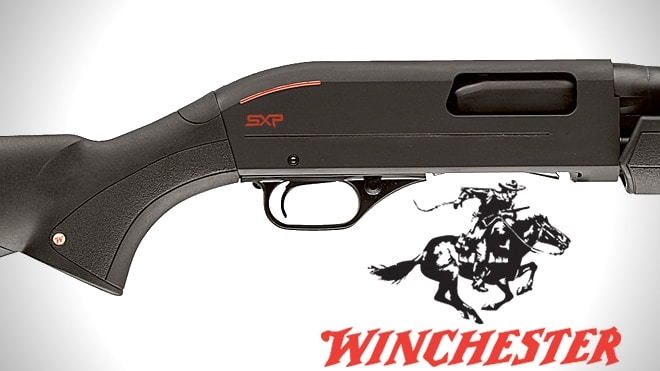 Winchester is adding a new SXP shotgun to their line-up of Super X Pump shotguns, the Black Shadow Deer model. Designed to be inexpensive and accessible, the SXP shotguns are also a little different than your standard pumps.

Like the name says, the Black Shadow Deer is a hunting shotgun, designed for medium-sized game hunting. This shotgun comes with a rifled barrel and is intended to be used with slugs. The barrel is also fit with a set of high-visibility Truglo fiber-optic front sight and adjustable rear rifle sight.

The Black Shadow Deer has a 22-inch barrel, which is a good length for accurate shooting while not being so long that it’s hard to carry in the field. The barrel is chambered for 3-inch shells. 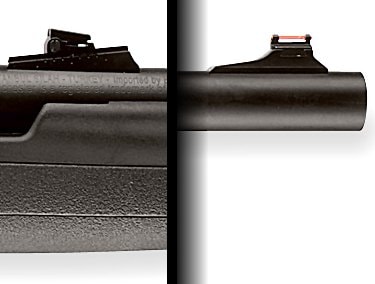 For users who prefer to use optics for shooting the Black Shadow Deer’s receiver is drilled and tapped for scopes or red dot sight mounts.

Another feature that makes this a handy hunting gun is that the Black Shadow Deer is equipped with a “Speed Plug,” a device that allows the magazine tube to be limited without needing to disassemble the shotgun in order to comply with local hunting regulations.

What makes the SXP series stand apart from most pump-action shotguns is their inertia-assisted slide action. SXP shotguns use some of the energy from firing to unlock the bolt, making them some of the fastest, smoothest-cycling pump shotguns on the market. With practice, many shooters can fire an SXP shotgun about as fast as they could a semi-automatic shotgun, but with the mechanical reliability of a pump-action shotgun.

Additionally, the inertia-assist makes it easier to cycle the action, which helps to eliminate user error.

It is affordable, like all of Winchester’s SXP shotguns, although it is at the top end of the SXP series. The Black Shadow Deer has an MSRP of $519, which realistically translates to a market price of $450 or less.

The shotgun is fit with a polymer stock with an integrated recoil-absorbing buttpad, weighs just six pounds 12 ounces and measures in at 43 inches overall. For all the Black Shadow Deer’s specifications, head over to the Winchester product page. For more about the SXP family of shotguns you can find out more here.

Rifled shotguns are intended to be used with saboted slugs although many people have had great success shooting less expensive rifled slugs through them as well, with increased probability of leading in the barrel. However it is not recommended to fire buckshot through a rifled barrel as the spin imparted on the shot causes it to “doughnut.”

This makes the Black Shadow Deer far more accurate with slugs but at the cost of some versatility. Being inexpensive as it is, most hunters would gladly take the trade-off for the ability to more precisely deliver slugs downrange.

SXP shotguns don’t have fixed barrels, either, so it is possible to purchase the Black Shadow Deer and later acquire a smoothbore barrel for other shotgunning purposes.

If you’re looking for a reliable, inexpensive slug gun, you ought to put the SXP Black Shadow Deer on your short list.