When Brazilian thieves stole a shipment of cigarettes, they probably didn’t expect police to rain down a maelstrom of fire from above.

After pursuing three robbers who carjacked a minivan full of cigarettes, police finally ended the chase by intercepting the cronies with a helicopter. The hovering sharpshooter picked off the fleeing suspect, who abandoned his vehicle and ran into an adjacent field. 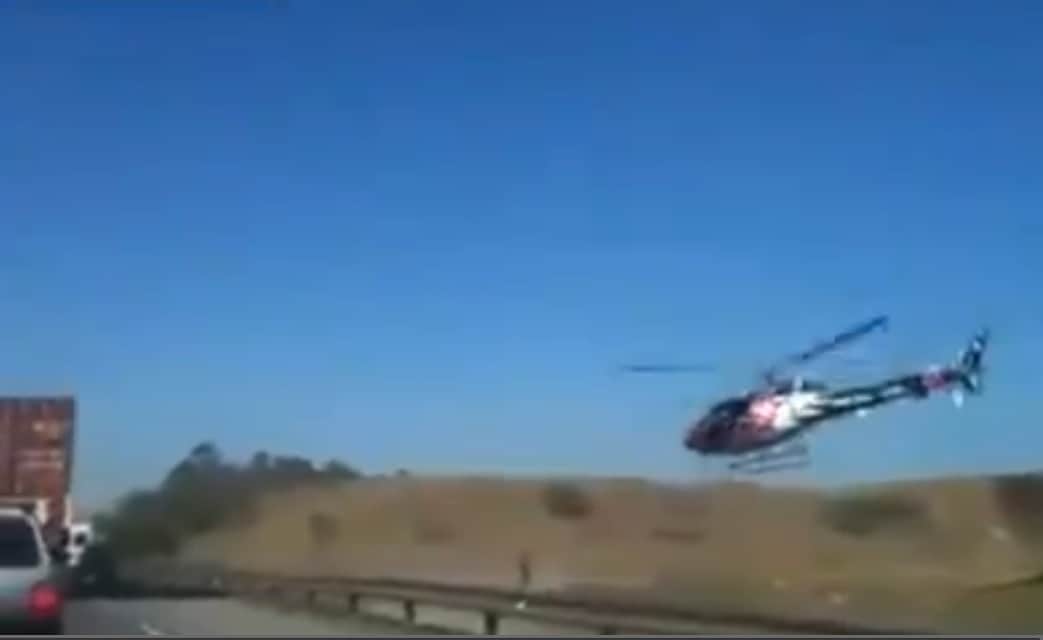 A Brazilian police sharpshooter hovered above the suspect, stopping him dead in his tracks.

Allegedly, the bad guys opened fire on the helicopter first, who answered in kind.

Brazilian police don’t mess around when it comes to apprehending their criminals. In 2012, an investigation was conducted into whether police used excessive force in their efforts to catch the infamous drug lord known as Marcia “Mathematician” Pereira.

Pereira managed to elude the police, who hailed him with a firestorm of bullets, only to be found dead the following day.

If you go to Brazil, make sure to obey the laws.