On Friday, the Ninth U.S. Circuit Court of Appeals dismissed a lawsuit challenging the regulatory powers of the federal government with respect to firearms that stay within the state in which they were manufactured. 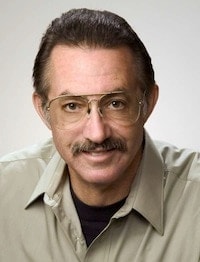 The FFA was conceived by Second Amendment advocate Gary Marbut and first passed in his home state of Montana.  It has since been adopted and enacted in at least nine other states and introduced in approximately 20.

The Ninth Circuit essentially ruled that the FFA was trumped by federal law that requires gun manufacturers, gun shop owners and dealers to keep records, pay fees and make themselves available to the Bureau of Alcohol, Tobacco, Firearms and Explosives for inspection.

Though, for Marbut the ruling was not a setback.  In fact, it was expected and part of his long-term strategy of taking his case all the way to the Supreme Court.

“This was about as good of a ruling as we could have expected from the Ninth Circuit. We must get to the U.S. Supreme Court to accomplish our goal of overturning 70 years of flawed Supreme Court rulings on the Interstate Commerce Clause,” Marbut, who is president of the Montana Shooting Sports Association, told WND.

By “standing question” Marbut is referring to the fact that a lower court ruled that he failed to demonstrate how the federal regulations interfered with his plans to sell his homemade .22-caliber rifle, the “Montana Buckaroo,” because he had not sold any rifles yet.

But the Ninth Circuit recognized his beef because he has hundreds of customers who’ve ordered the Buckaroo and has taken steps to meet with suppliers of the materials he needs to assemble the firearms.

What was also interesting is that the appeals court acknowledged Marbut’s point about the need for the Supreme Court to ultimately review the challenge.

“Whether or not Marbut is correct in his critique of that jurisprudence, we are not free to disregard it. To his credit, Marbut acknowledges as much, recognizing that this court’s ‘hands are tied’ with respect to binding precedent.”

Marbut said that his attorneys have already begun the appeals process and that now is as good as time as any to take on the fed.

“The time is ripe in America for states to challenge federal power, from Obamacare to indefinite detention, to illegal spying on U.S. Citizens and media, to IRS abuses of power and more,” he told WND.

“It was the states which created this federal government that has grown to become such a monster. It’s time for the states to get their creature back on a leash. With MSSA v. Holder [the official name of his case], we will offer the Supreme Court a chance to do just that,” he said.

Here’s hoping that the Supreme Court has the chutzpah to take it on and that his years of hard work aren’t all for naught.