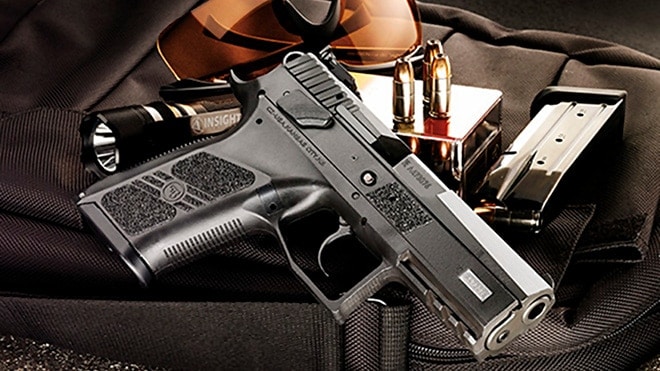 CZ-UB (Ceska zbrojovka Uhersky Brod), world-renown Czech manufacturer of the CZ-75 — one of the most widely-duplicated designs in handgun history — is planning a significant expansion right next door in … Brazil?

The Prague Daily Monitor is reporting that the company is planning a major new manufacturing facility overseas in Santa Catarina, Brazil. The facility will focus on making CZ P-07 DUTY-series pistols, one of CZ’s more recent firearm designs.

The facility will be used to manufacture the pistols first for the Brazilian defense forces who have selected the service pistol for duty, and later to transition all P-07 manufacturing to the new facility, which will be called CZ-Brasil.

It’s expected to create 150 new jobs, and the greater than 100,000 square-foot facility will leap into production next month. The plant is expected to be able to manufacture 1,000 pistols as soon as November 2013.

CZ’s sales have grown steadily year-over-year. In 2012 the company made about 180,000 firearms and is expected to up their production to 220,000 this year. Having a facility dedicated to making their new line of polymer pistols will free up their ability to produce guns at home. CZ’s production has been pegged at 100 percent for several years straight.

Manufacturing in Brazil no doubt will help keep the prices of these extremely competitive pistols down as well.

The P-07 DUTY has quickly developed a reputation for being extremely reliable and lightweight while living up to CZ’s standards of accuracy and ergonomics. The gun uses a simplified “Omega” trigger which is very light and smooth in both DA and SA firing modes, and has a user-serviceable safety that can swapped out for a decocker. The safety and decocker are ambidextrous and the magazine release is reversible for lefties.

The P-07 DUTY was recently reviewed by Mike Pannone, “The Best Pistol Nobody Knows About.” We’ve been singing praises about this pistol for a long time, too.

What makes the P-07 ever more appealing is it’s low cost, relative even to CZ’s other guns. They’re in demand as good, all-round handguns with good capacities. They can often be found for under $500 in the U.S. 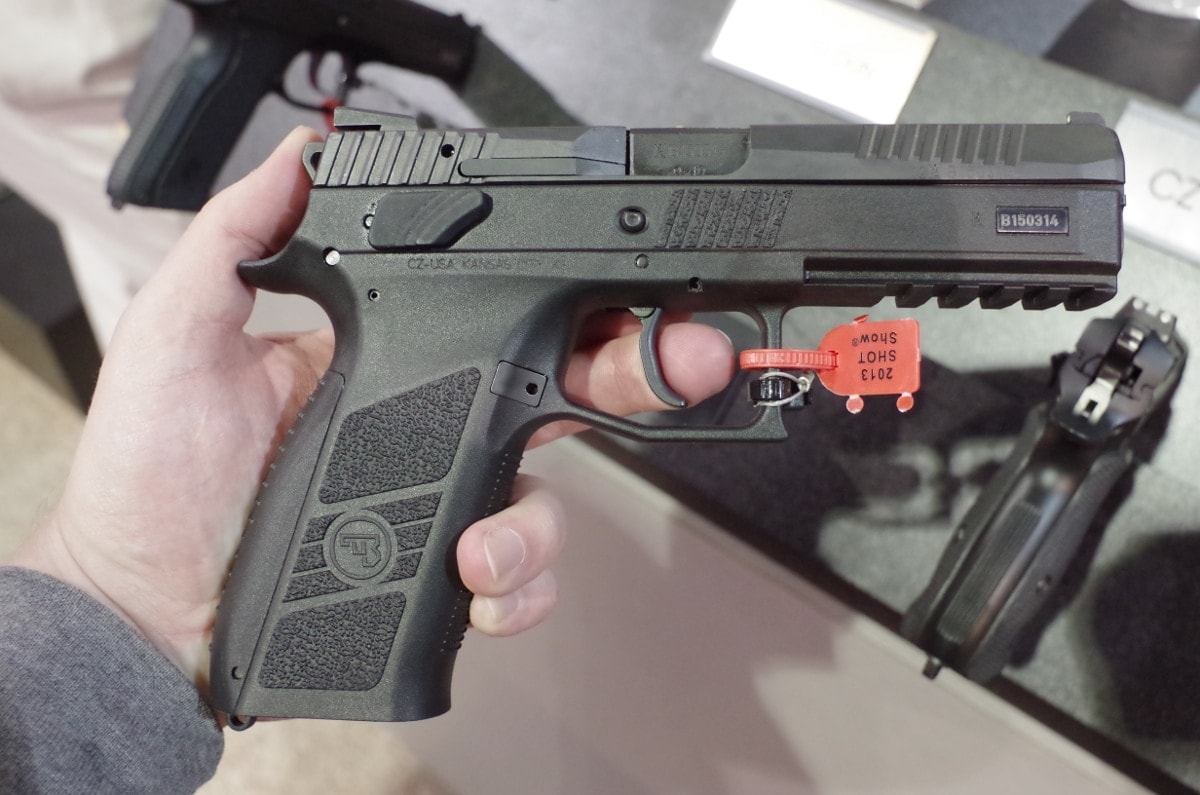 The CZ P-09 sometimes gets tied down.

CZ recently introduced a P-07 variant called the P-09. The P-07 is a compact service pistol, with a 3.8 inch barrel and a full-length grip. The P-09 has a full-size slide and barrel that measures in at just over 4.5 inches and an extended grip for increased magazine capacity. The modified grip also accepts backstraps of differing sizes for a more custom grip feel.

CZ also offers P-07 DUTY pistols with extended threaded barrels for suppressors and P-07s with olive drab frames for a two-tone black and green look. CZ’s DUTY-series pistols are available in both 9mm and .40 caliber versions.

Finding CZ pistols can be difficult even now after much of the buying panic has abated. This should come as great news to anyone who’s had a hard time finding their CZ, DUTY or otherwise.