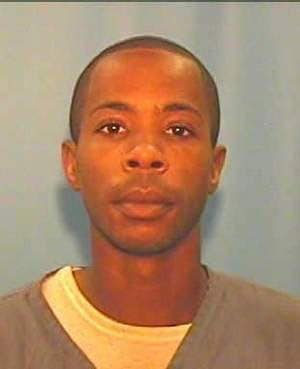 Fredrick Kelly was released from prison in 2009 after serving a reduced sentence for three counts of armed robbery.

A would-be robber is dead after he attempted to rob a Domino’s Pizza delivery driver in West Melbourne, Florida. Little did he know that the driver was armed with a handgun and was not about to hand over his money.

It was just before midnight Friday night when the driver, 54-year-old Bryon Park, had just delivered pizzas to a room at a Days Inn hotel. He was sitting in his car counting money when he was approached by 32-year-old Fredrick Lorenza Kelly Jr. Armed with a large knife, Kelly demanded money from Park and declared that he would kill Park if he did not hand over the cash.

However, rather than forking over the dough, Park pulled out the handgun he had in his car and fired at Kelly, hitting him in the upper torso. Once officers arrived, Kelly was pronounced dead at the scene.

According to Brevard County Sheriff’s department, this wasn’t the first time Kelly had been involved in questionable activities. Apparently he had a rather extensive criminal history that included armed robbery, aggravated battery and false imprisonment. He was sentenced to 10 years in prison back in 2001 for three counts of armed robbery. However, he was released on a reduced sentence in 2009.

Park declined to comment on camera, but local media reported that he was formerly employed by the West Melbourne Police Department as a law enforcement officer.

Officers confirmed that Park had a valid permit for carrying the gun in his vehicle and that no charges are expected to be filed against him, as he acted in self-defense.

“Preliminary evidence at the scene points toward this being a self-defense situation,” said Maj. Todd Goodyear of the Brevard County Sheriff’s Office. “He was protecting his life. The guy had a deadly weapon and was going to kill him if he didn’t give his money up.”

The case will however remain open until all of the evidence, including an autopsy report of Kelly, is thoroughly reviewed.

“We have to make sure the information that was provided to us and what we see at the scene is consistent with the autopsy and it all adds up,” Goodyear said.

Investigators also stated that they believed this to be a random act and that the people who had the pizza delivered had nothing to do with the crime.