The US military continues to use Remington 870s in service, often with extended magazines as shown here.

A lot of things happened in 1951. Color television came out. The Yankees beat the other New York team, the Giants, in the World Series. A first class stamp cost three cents, and Remington came out with a new shotgun they called the 870. Perhaps you have heard of it.

The firm known today as Remington Arms is actually the oldest company in this country that still makes its original product. Founded in 1816, it is a hair shorter than 200-years old.

They started with flintlock muskets, added revolvers and pistols, cane guns, and finally in the 1870s started moving into the shotgun market. Their double-barrel (side-by-side) scatterguns were all the rage before the advent of electricity.

By 1908, they started making modern pump action guns like the John Pedersen-designed Model 10 and the Browning/Pedersen Model 17. These popular guns remained in production for 20 years before being replaced in 1931 by the (also designed by Pedersen) Model 31. The 31 was a great gun, with almost 200,000 made by 1949.

The thing was, the Pedersen guns were a product of yesteryear. Fine walnut stocks, all-steel receivers, and carefully fitted mechanisms crafted to compete with nemesis Winchester’s finely tuned Model 12 shotgun.

These guns were expensive to produce in an age that was increasingly production cost conscious. What Remington wanted was a good old scattergun, just as good as Winchester’s, but cheaper to make. This led to the 870. 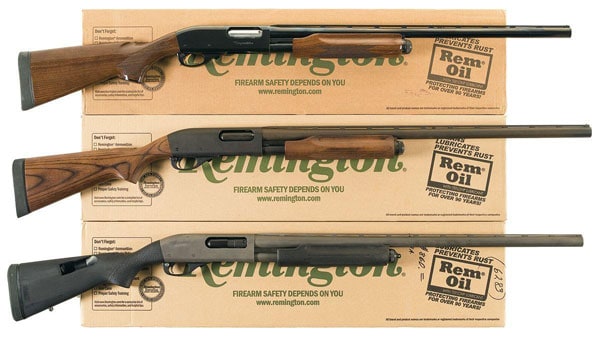 A few models of many Remington 870 pump shotguns. 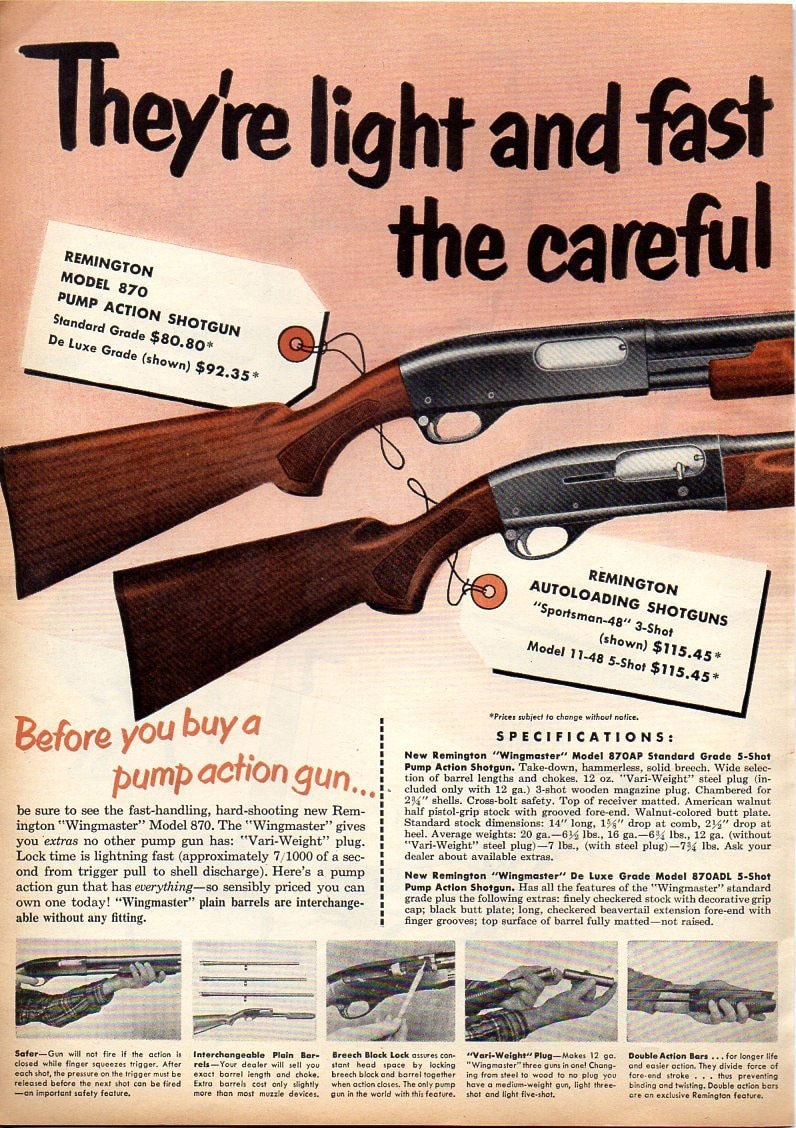 1951 advertisement showing a Remington side by side with the 11-48. Note the similarity.

In 1949, Remington was putting away its legacy guns and moving to a new generation of guns. It was the age of the atom and no one wanted to hunt with their grandpa’s gun.

The Model 11-48 replaced the old Browning Model 11 and did so with a smoothed out machined steel receiver with stamped internals. This tube-fed shotgun with side ejection and bottom loading was the building block of the new 870. Taking this receiver and replacing the long-recoil operated semi-auto action with a manually thrown slide action led to a strong and easy to produce shotgun.

This also easily explains the similarity in profile of the 870 and 1100 series almost sixty years later, even with much different internals.

The action worked to provide positive extraction of a spent shell, replacing it with a new round with each pump of the slide. Whereas many shotguns of the day, like the Stevens 520/620 had only a single slide arm, the 870 had two which added strength and reliability while also ending binding and twisting.

To put it in terms we can all relate to, there have been more 870 series shotguns produced than any other pump gun on the market. In history. Ever. In fact, more than 10-million of these guns have been made and they show no signs of stopping anytime soon.

These guns have been made in literally so many dozens of variants it sometimes seems their variants have variants. To add to this over the years the company has made several specialized runs set up to be sold exclusively through one distributor or another, further confusing the exact history of these guns. 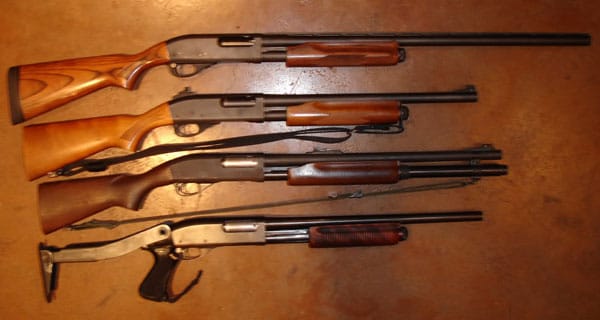 From hunting to riot defense, the 870 has always been there… 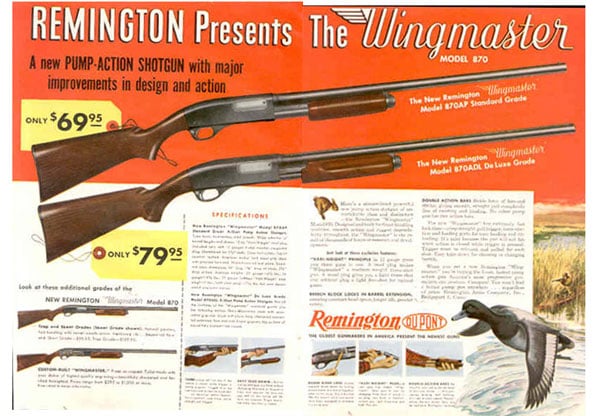 One thing that is fairly clear though is that perhaps the most treasured of these shotguns are the Wingmaster series.

These guns had a hunting scene engraved into the side of the receiver along with prominent ‘Wingmaster’ roll marks. Made from 1950-63, then 64-90 (as the Field Wingmaster) and then finally reintroduced in 2001, these are the Cadillacs of the 870 line.

In 1987 a simplified version of the gun, typically with a matte parkarized finish, was introduced. These guns, billed as the Express series, are often heckled by Remington purists as budget guns—kind of Remington’s answer to Mossberg’s Maverick 88, itself a simplified Model 500.

No matter what you call these guns, the Express in plain wood or synthetic stocks has been a solid seller in big box stores across the country for the past quarter century.

Besides the luxurious Wingmaster and the plain vanilla Express, Remington has also made the 870 in an SPS series (with camouflage by Mossy Oak or Real Tree), a Marine Magnum (with electro-plated nickel metal finish), the Brushmaster shorty (satin finished wood and a 20-inch barrel), and the Competition Trap and Skeet series (with higher grade walnut stocks designed for reduced recoil.)

Then there were any number of Police, Riot, and Tactical guns for the polyester or balaclava wearing crowd. For those who wanted a little more flash than the Wingmaster, there was the Tournament Grade ($4500), Premier Grade ($8800) and Gold Grade ($12,000) custom order 870s with gold inlays, exotic premium woods, and any other embellishment that the customer had in mind. 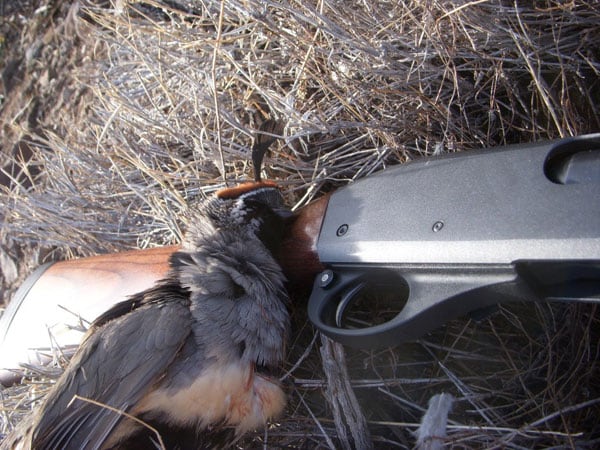 Hunters have taken Remington 870s to the woods for over 60-years.

Did we mention they made 10 million of these things?

Odds are if you walk into a gun shop, pawnshop, sporting goods outlet, or old school hardware store (who doesn’t miss those), and a gun rack exists there is an 870 somewhere on it. The thing is, with so many models out there, it’s hard to say just what the going rate is for these bad boys.

Factory custom guns are beautiful and can cost as much as a good used car.

In general, it’s possible to find older, non-custom, 12-gauge 870s starting at about $200 in shootable condition, and moving upwards from there. Nice old Wingmasters in close to mint shape can fetch well over $400.

Occasionally well used (read: beat to hell and back) former police riot guns can be had for far less. A few years ago I bought a pair of 18-inch 870 police guns complete with the engraving “Property of the Saraland Police Department” that looked as if they were used as toothpicks by a T-Rex for the total of $250 cash. They still worked great, even with the stenciled rack numbers painted on the butt. 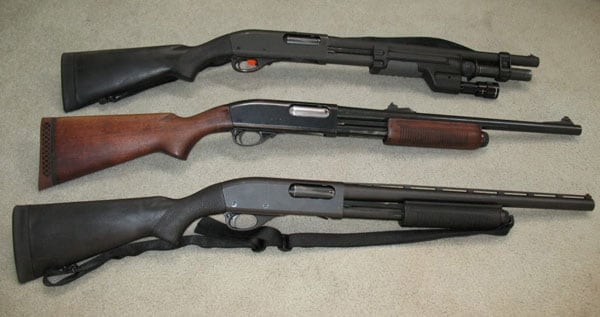 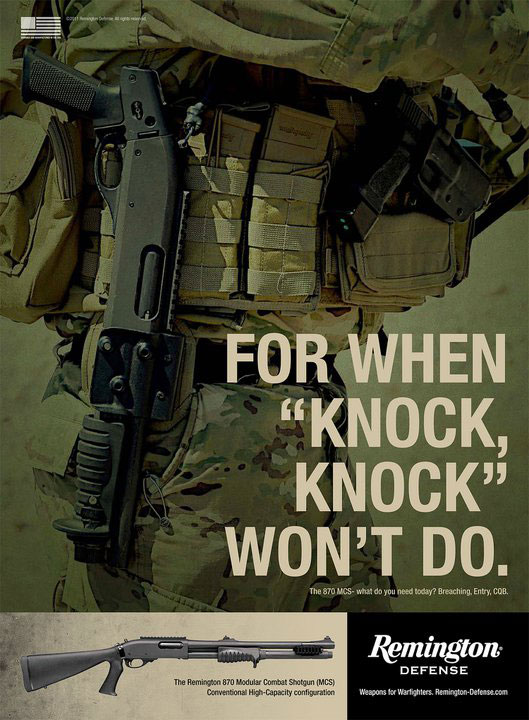 Collectors pay a premium for 16-gauge 870s (usually adding $100 to the value), and will add another $100 if the gun comes with a second barrel. Be sure to get in touch with your gun books to figure out what model you actually have before you start throwing or receiving cash on it. The Rem870 club has a reliable serial number guide for pre-2002 guns online at their website.

Remington is not getting out of the 870 business anytime soon. If you look at their website, they list at least 25 models (maybe more, our eyes started to cross as we counted them) in current production. True to past experience, they are roughly broken down into several Wingmaster versions, several Express models, and some SPS/Marine Magnum/TAC Recon special situation guns.

MSRP, as expected, can vary wildly.  Here’s to another ten million.