Thieves rammed through the storefront of a local pawn ship in Winder, Georgia, making off with over $16,000 in firearms in less than three minutes. 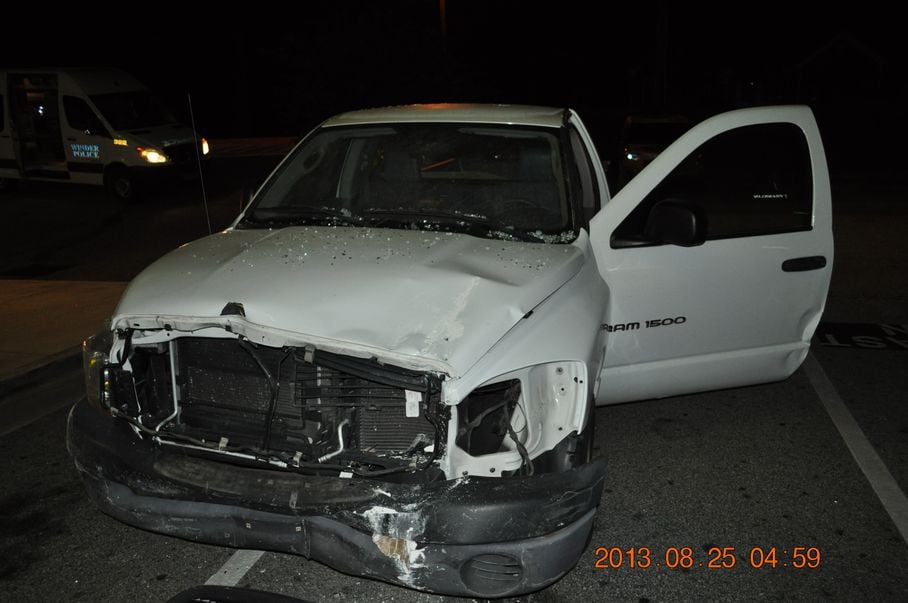 Police said the suspects abandoned this vehicle after using it to ram through the store front of a pawn shop.

Choosing to forego the legal process of attaining firearms, at least four suspects chose to go directly to the source: a pawn shop.

Looking for the early bird special, the thieves set out at 3 am. After crashing a white, Dodge Ram truck through the front window of Southeast Pawn, the crooks began rummaging through debris and weapons.

“According to the video, they were in and out of the store in approximately three minutes,” said Police Officer Chris Cooper, spokesman for the Winder Police Department. “We believe they left the scene in a secondary vehicle since the vehicle used to enter the store was left behind and no one was located in the area as our officers arrived on scene within just a few minutes of them leaving.” 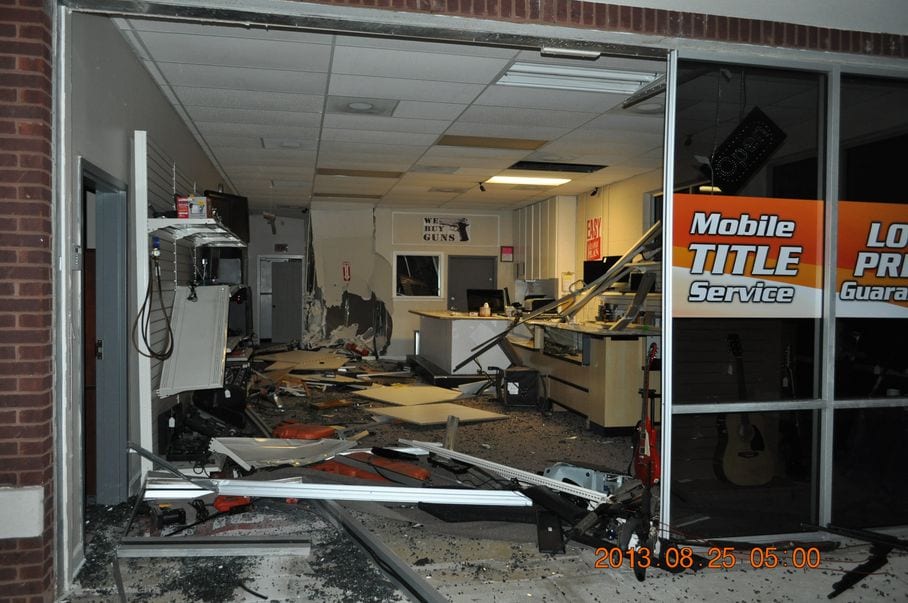 Most of the 20 firearms taken were handguns, but four long guns were also taken, including a Bushmaster semi-automatic rifle, according to the shop owners.

Cooper stated detectives have leads on the case, but have yet to attain a description of the hooded suspects.

“We are still reviewing video to get a better description,” he said.