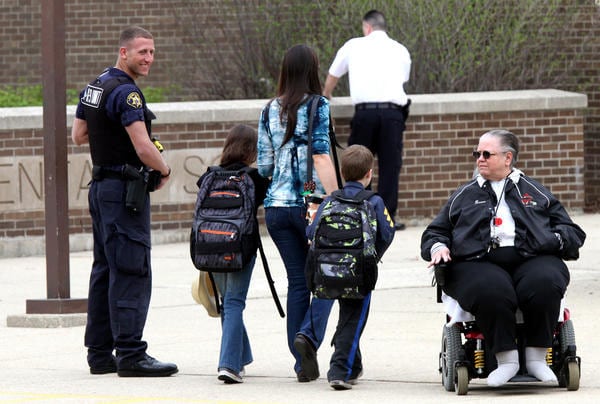 The idea of more guns in schools has been a hot topic since the tragedy at Sandy Hook last December. (Photo credit: PatDollard)

The Marietta City Schools, just outside of Atlanta, have requested additional armed security via the city police department. The request comes after two separate gun-related incidents occurred just a day apart in the metro-Atlanta area.

Last week a boy armed with an AK-47 and about 500 rounds of ammunition walked into a Decatur school with foul intentions, only to be talked down by the school’s bookkeeper, Antoinette Tuff. Then, the very next day another boy was arrested after he entered a Canton charter school carrying knives and a BB gun.

Both gunmen were arrested and prompted some Atlanta metro schools to take extra precautions to beef up security. In addition to in-house school security, according to Officer David Baldwin with the Marietta Police Department, they have increased patrols around the eight elementary schools, two middle schools and one high school in Marietta.

The Marietta Police Department provides armed security for the city schools, but the school has asked for additional guards. Currently, there are two officers at the high school and one each at the middle schools and sixth grade academy. There are no armed security at the elementary schools and current protocol dictates that if there were an incident at one of the grade schools, whoever is closer – the school resource officers or the police department’s patrol units – would respond.

“We are taking every precaution we can and have been working hand-in-hand with the schools, talking to their upper management,” Baldwin explained.

But extra armed guards aren’t the only precautions that area schools are taking either.

Cobb County, where Marietta is located, has spent $1.5 million this year on new security measures for their 67 elementary schools, 25 middle schools and 16 high schools. The new features include buzz-in systems that have been installed in all of the elementary schools and are starting to be installed at the middle schools. The buzz-in systems are activated once the students have entered the buildings and classes have started. Due to the frequency of changing classes throughout the day, the high schools do not have such a system installed. However, each high school has a school resource officer. Moreover, 17 marked police cars have been purchased for Cobb County schools, which help to not only deter crime, but allow for faster response times in the event of an incident. 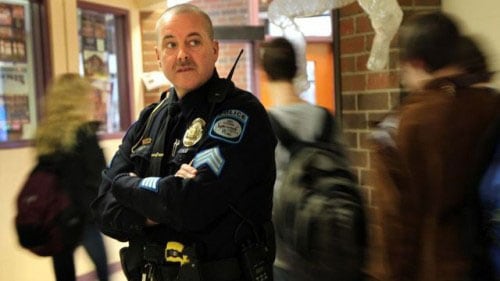 Is NRA spokesman Wayne LaPierre’s idea that “The only thing that stops a bad guy with a gun is a good guy with a gun” a safe protocol for protecting our kids from deranged gunmen? (Photo credit: PatDollard)

“Our biggest concern is the students and faculty members but to also ease the concerns of the parents, so that they know we are proactive,” Baldwin said.

Public Safety Director Ron Storey reminds student, staff and the general public to “Be vigilant … aware of your surroundings. If things just don’t look right, you need to be checking into it. Just don’t assume that somebody else is going to do something about it or that there’s nothing to it.”