U.S. Army Staff Sgt. Ty Michael Carter was awarded the Medal of Honor by President Obama on Monday, making him the fifth living service member from the conflicts in Iraq and Afghanistan to receive the nation’s highest award for courage. 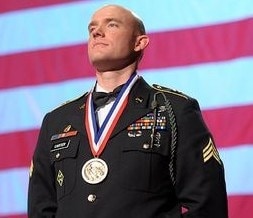 Thirty-three-year-old Carter was stationed in a remote valley surrounded by three steep mountains, leaving their location vulnerable to Taliban attack.

Carter recounted that while Taliban fighters fired at them nearly every day, when he was roused from sleep on October 3, 2009, it was immediately evident to him that this attack was much worse.

Dressed in his physical training shorts, tan t-shirt, body armor and boots, Carter rushed onto the battlefield. Throughout the duration of the firefight Carter not only took part in combat, but resupplied ammunition to American soldiers, rendered first aid, and carried an injured soldier through a maelstrom of fire.

“It was as if somebody kicked an ant hill,” Carter said. “The bullets, the rockets, the mortars, everything, a wall of spikes – they’re pointing at you.”

Like a true hero, Carter doesn’t consider himself one. And while he considers the Medal of Honor a great privilege, he would never recommend a fellow warrior aim for such a goal. 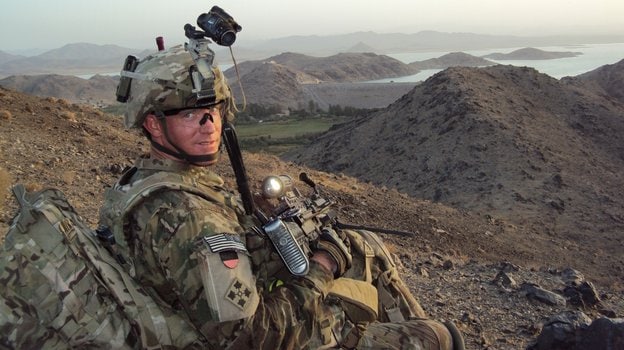 U.S. Army Staff Sgt. Ty Michael Carter says that while the Medal of Honor is a prestigious award, its merit brings with it death and suffering.

“Even though this award is an awesome honor and great privilege, in order to get such a prestigious award, you have to be in a situation where your soldiers, your family, your brothers, are suffering and dying around you. And then, you just did everything you could to save lives or prevent further loss.”

While Carter may not want other warriors to quest for the Medal of Honor, it seems unlikely he could stop anyone from striving to be like him.