Whoa George! Let’s stop and think about how this is going to look to those who are already angry at you.

It seems as though George Zimmerman’s visit to tour the Kel-Tec manufacturing plant in Cocoa, Florida, last week prompted a bit of controversy. So much so that both a spokesman for Zimmerman’s lawyer as well as Kel-Tec, who vowed to stay out of the Zimmerman case and everything related, have both issued statements concerning the factory tour.

Shawn Vincent, spokesman for Zimmerman’s lawyer Mark O’Mara, told Reuters, “We understand how George visiting the factory that produces the gun used to shoot Trayvon Martin is seen as inappropriate.”

That statement has produced a whole additional plethora of headlines surrounding the visit, with some using a bit of yellow journalism and others reporting blatantly false information.

For example, one report states that Zimmerman visited the gun factory in Texas, but the factory was actually located in Florida. Additionally, that same report — as well as several others — stated that Zimmerman was trying to buy a gun. While Zimmerman very well may be – as he now has every right to – that’s certainly not what he was doing at the Kel-Tec plant last week. In fact, even if he wanted to purchase the KSG 12-gauge shotgun, or any other gun, from the plant he couldn’t, seeming that it is a manufacturing facility, not a retail gun store. 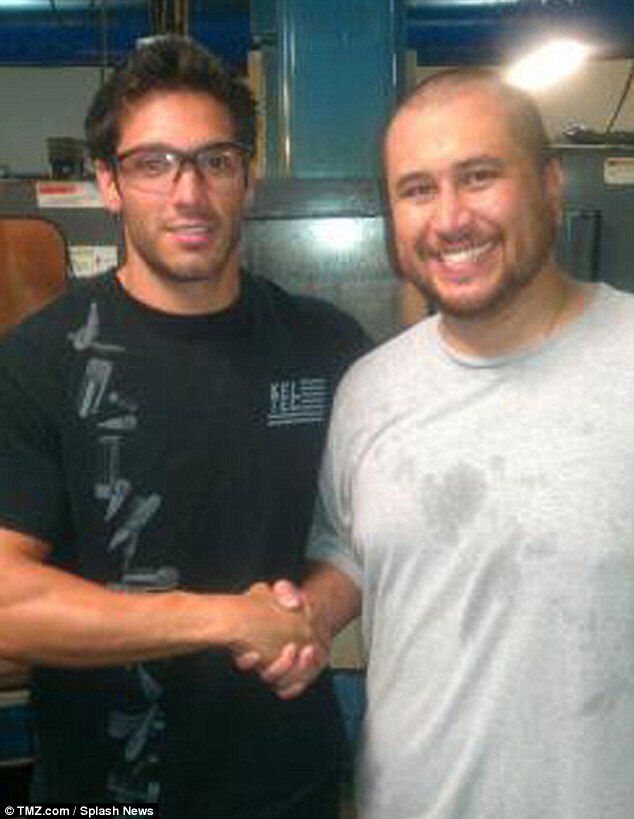 Did Zimmerman make a mistake by taking a factory tour?

Another report stated that the Kel-Tec PF9 that Zimmerman used to shoot Trayvon Martin was returned to him after the trial. Again, this is simply not true, as the Department of Justice has placed a hold on all of the case evidence – including Zimmerman’s gun – while they determine whether Martin’s civil rights were violated.

That same report stated that two weeks after Zimmerman was acquitted of murder he was pulled over in Texas, carrying the same gun he used to shoot Trayvon Martin. Although Zimmerman did inform the officer that he had a firearm in the vehicle, obviously, due to the previous explanation, it was not the same gun.

And while the spokesman for Zimmerman’s lawyer did not call the visit itself inappropriate, but rather that he understood where it could be seen as such, that’s the exact headlines that are being tossed about the internet.

Of course, that doesn’t mean that Zimmerman is completely off the hook with his lawyers either. Vincent went on to say, “We certainly would not have advised him to go to the factory that made the gun that he used to shoot Trayvon Martin through the heart. That was not part of our public relations plan.”

And apparently it was not a part of Kel-Tec’s plan to become caught in the middle of one of the most controversial trials of our time either. Nonetheless, it did and has since felt the need to offer an explanation of the photo and accompanying “mis-guided information” about Zimmerman’s visit which was given to the celebrity gossip column TMZ.

Regardless of one’s thoughts on the incident, case and trial, it’s of utmost importance to rely on accurate information when forming an opinion. And inaccurate reporting of untrue information makes all media outlets look bad.

Besides, as mentioned in a previous article, Guns.com has made trips to several different gun manufacturing facilities to conduct tours and check out the latest trends in the world of firearms, and we have never been featured by TMZ or made headlines at all, except for, of course, our own.

Do you think it was in poor taste for George Zimmerman to visit the Kel-Tec factory? What are your thoughts?