Today is the 50th anniversary of the March on Washington, the civil rights rally where Martin Luther King Jr. gave his famous “I Have A Dream” speech calling for the end of racism in America.

To commemorate the March on Washington and MLK’s historic speech, a group of African American faith leaders are calling on Congress to pass a bill that would require universal background checks. 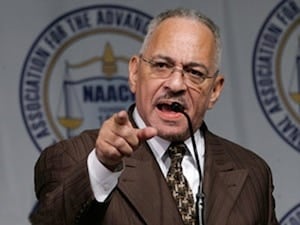 “On this national anniversary, we must not only herald the progress we have made as a country, but we must take stock of the detrimental decisions and policies of indifference that turn a blind eye to the alarming magnitude of lives cut short too soon,” the clergy members wrote.

“As faith leaders, we write this open letter to, in the words of Dr. Martin Luther King, Jr., ‘dramatize a shameful condition’ — the injustice of rampant gun violence in our communities and the staggering availability of guns to dangerous individuals,” they continued.

The coalition sharply criticized Congress for failing to pass the Manchin-Toomey Amendment, which would have expanded background checks to firearm transfers made over the Internet and at gun shows.

“When our elected leaders failed to pass that measure, they failed their obligation to humanity,” they chided.

In the wake of the mass shooting at Sandy Hook Elementary School in Newtown, Connecticut, an expanded background check bill became the centerpiece of President Obama’s gun control agenda both because of its political feasibility, it generated the most bipartisan support of all the gun control measures Obama backed, and its widespread popularity amongst the public, various polls showed that 80-plus percent of American voters supported universal background checks.

Yet, despite its promise, the Manchin-Toomey Amendment garnered 54 votes in the Senate, six short of the number it needed (60 votes) to overcome a Republican-led filibuster.

Since its defeat, gun control advocates have redoubled efforts to get Congress to vote once again on expanded background check bill this year — an idea that has been dismissed by Senate Majority Leader Harry Reid (D-NV), who explained that the Senate will probably not take up the matter again until the fall of 2014, in the months preceding the midterm elections.

Nevertheless, the 56 faith leaders who signed the open letter said that they do not want this issue to fall by the wayside.

“We do not want the public’s attention to this issue to be forgotten,” Rev. Delman Coates, the president of the Black Church Center for Justice and Equality, told the Washington Post.

Coates, who’s helped organize gun control rallies in the past, including the March on Washington for Gun Control, which was held on Jan. 26, 2013, said the group is not against the Second Amendment, rather they are for sensible and common sense regulations.

“We are not anti-guns,” Coates said. “There are several pastors in this coalition who are proud gun owners. We’re for responsible gun ownership.”