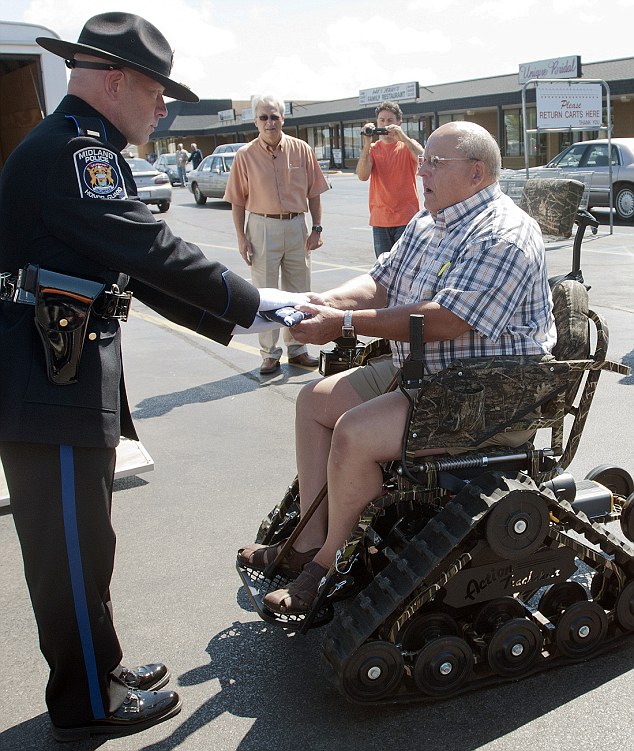 A disabled Vietnam veteran may have trouble walking, but after receiving a new all-terrain-wheelchair, he’ll no longer have any trouble hunting. 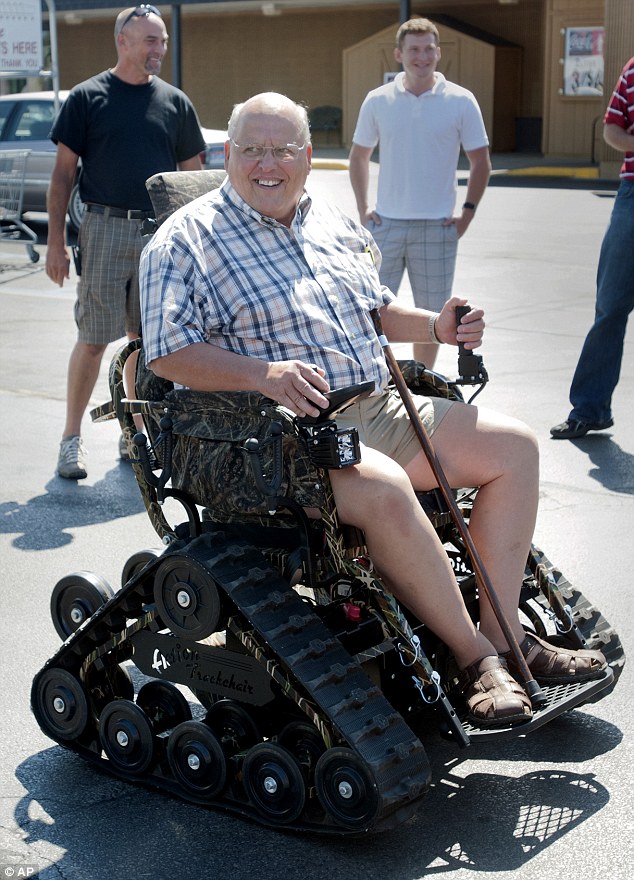 Nels Larson is one of three disabled veterans who has received one of the $12,000 wheelchairs from the Police Officers Association of Michigan. While serving in Vietnam from 1968 to 1970, Larson was exposed to Agent Orange, leaving him with multiple health issues.

Everybody seems to love Nels Larsen, and for good reason. He continues to help veterans and gives to anyone he can. According to Jim Tignanelli, president of the police officer’s union, that’s one of the reasons they selected Larsen to receive this chair.

“[Larsen is] just a very giving guy that nobody has ever given anything [to],” Tignanelli told Mlive.com. “We really came across a guy that we can change his life, and I think he has done that for a lot of people.”

Among a great many other acts of service, Larsen founded Walleyes for Warriors, a fishing tournament for those returning from combat. But as his health continually worsened, it became increasingly difficult for him to hunt or fish. Until now, that is.

The ATW allows Larsen to put his cane away, throw his hunting rifle in the rifle rack and creep confidently over uneven terrain. If the woods or water is where he wants to be, he’ll have no problem getting there.

Making this moment even more heartwarming is the fact that it came as a complete surprise to Larsen. His friends gathered with the Midland Police Department honor guard in the parking lot of a restaurant and shocked Larsen, who they call “Skeeter,” with a ceremonially folded flag and a sweet, new ride. 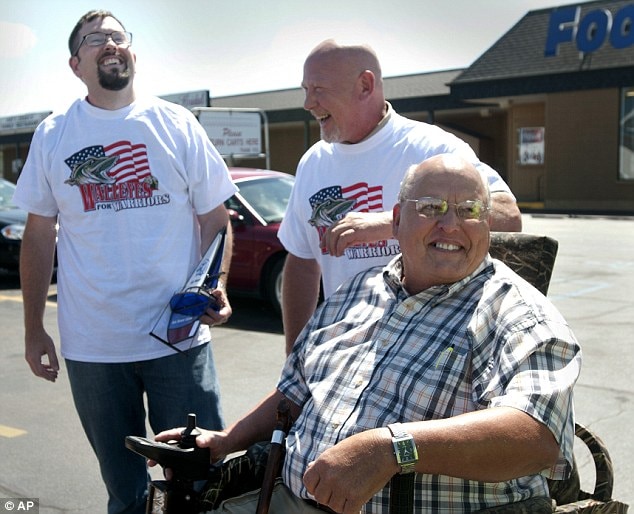 “I couldn’t figure out what was going on,” Larsen said. “Then I saw ‘Skeeter’ on the back of that chair.”

Can you guess where the avid huntsman plans to christen his new vehicle? “I’m going deer hunting,” he said. “I’m really thankful, I’ll tell you that.”