The currently suspended Gilberton, Pennsylvania Police Chief, Mark Kessler, who has gained a great deal of media attention after posting his expletive filled, gun shooting YouTube videos, has now gone so far as to threaten a member of the Gilberton Borough Council. 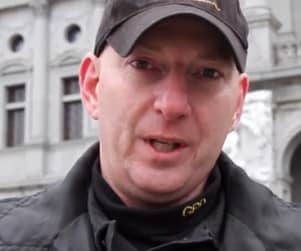 Police Chief Mark Kessler was suspended after using borough property without their permission.

In his most recent video, Kessler calmly explains his vendetta against “libtard Eric,” a clown-faced shooting target who represents Council member Eric Boxer.

Kessler introduces the audience to his “friend,” an AK-47 style rifle that has “seen many battles” and “taken many lives.” He goes on to say “this is the friend that Eric’s going to meet today.”

After unloading a full magazine into the target and then retrieving it, Kessler holds the tattered paper to the camera and says, “All the king’s horses and all the king’s men, couldn’t put Eric back together again. Poor Eric, I guess he got his mangina hurt.”

Pantomiming shooting a Council member who Kessler has verbally attacked in that past while the Gilberton Council decides on his fate in law enforcement, may not help tip the odds in his favor. But then, maybe that wasn’t Kessler’s point. 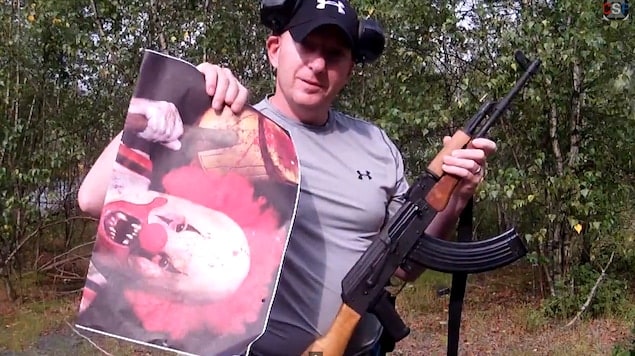 Michael Morrill, executive director of the activist group Keystone Progress weighs in on the video, saying, “Kessler is a ticking time bomb who must be removed from his position immediately. His suspension is over this week. This video is clearly intended to intimidate Gilberton Council members before they decide on his future.”