New York Police had their hands full when a fight erupted between the driver of a van, and an aggressor who was trying to rip him out of it.

Police calmly worked to pry the two men apart, but the situation amped up when the driver threw the van in reverse and launched the vehicle into a wall, nearly striking several civilians and officers. 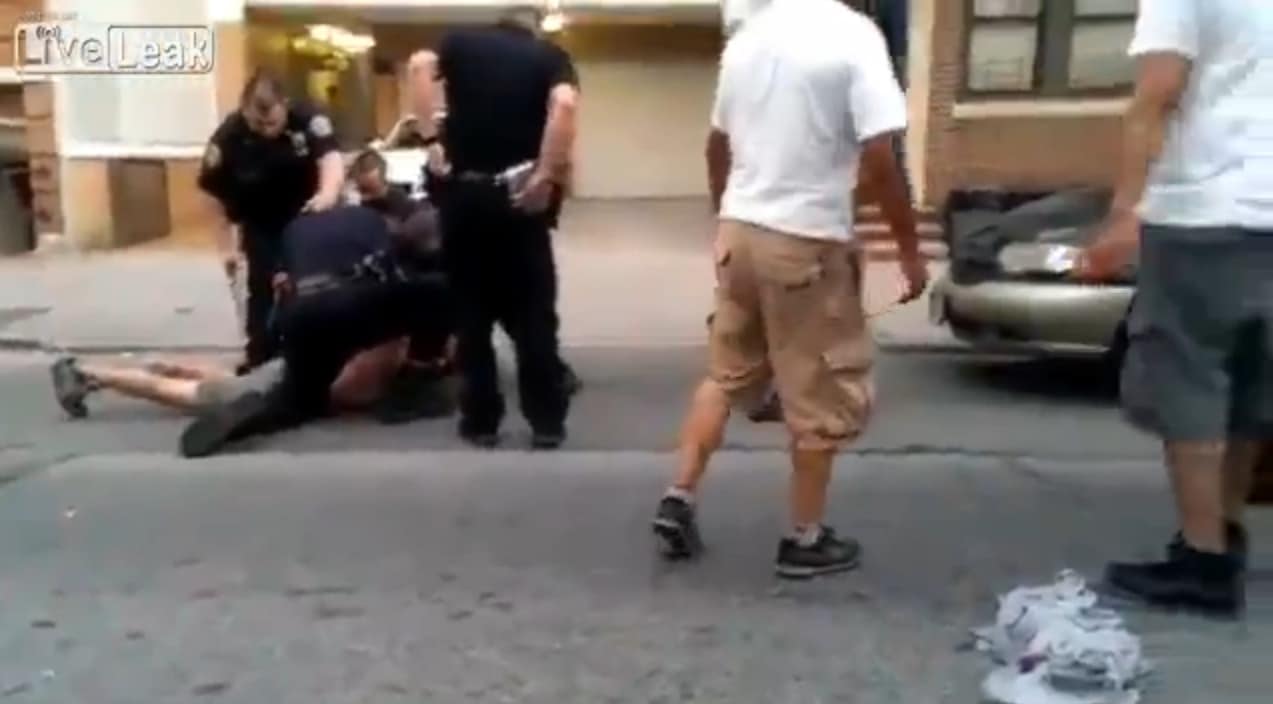 The suspect managed to slip through the NYPD’s fingers, but his freedom was short lived.

The suspect managed to slip through the fingers of the swarming officers, but his escape to freedom was short lived.

The NYPD officers were obviously in good physical condition and quickly caught up with their criminal. Even as they handcuffed him, the male who was almost run over threatened to resume the fight.

In the end, the NYPD did their job exceptionally well. The operator of the vehicle was using it with malicious intent and at that point, the car became a deadly weapon, and the police had every legal right to shoot driver where he sat.

But instead of an itchy trigger finger, the police maintained positive control of the situation, averted an excessive use of force, caught the criminal and saved the day.