This gunslinger may not have any arms, but he can still punch out the 10-ring (VIDEO)

Meet Michael, a double amputee who refuses to let his lack of arms limit him. This guy can load rounds into a magazine, load the magazine into his gun, and shoot it, safely, with only his feet.

“Every two shots I turn the safety on,” Michael says as he flips the safety back down and resumes firing.

Sitting on the hood of his car, legs propped up with pillows, Michael holds his handgun between the toes of his feet and takes aim.

With a wry grin, Michael turns to the camera and says, “Tell ‘em, if they wanna’ come and screw with the U.S., come on.” 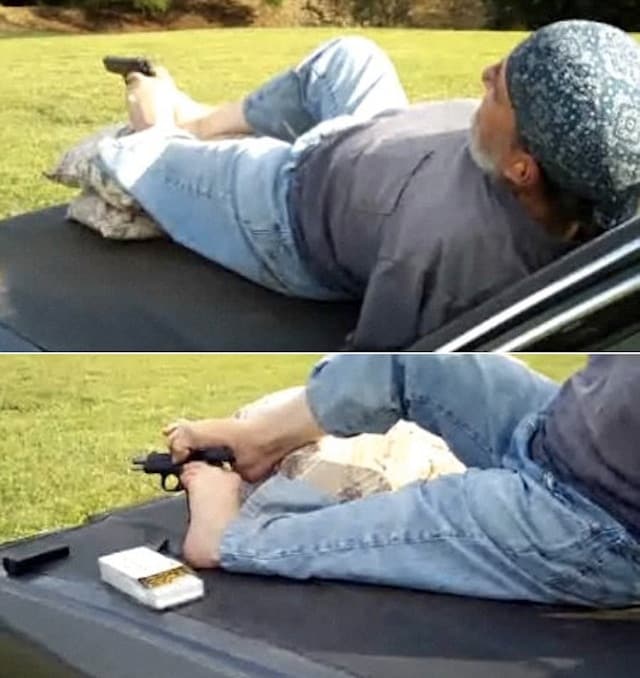 Michael doesn’t need hands to get trigger time, he uses his feet.