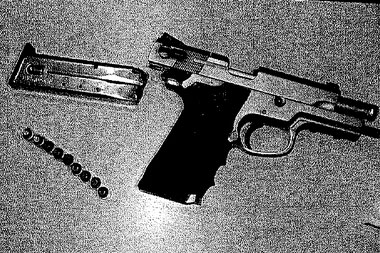 A 17-year-old Michigan boy was taken by surprise when he stuck a stun gun to his victim’s side with the intent of delivering him an electrifying 1.8-million volts. However, the stun gun malfunctioned, giving the victim an opportune moment to pull out his stainless steel .40-caliber Smith & Wesson, locked and loaded with 10 rounds of heat.

The teen boy soon regretted his decision to play the jolted up version of the “Knockout Game,” a game where one tries to render a person unconscious with a single blow.

Fearing for his life, not knowing what the object shoved in his side was, the victim fired at the teen, striking him in the butt as he quickly turned to run – most likely prompted by the sight of the man’s gun.

The teen took off running down the street, bleeding and crying and pleading with his intended victim.

And according to a witness, the victim sat with the scared teen in a supportive and non-threatening manner until officers arrived. 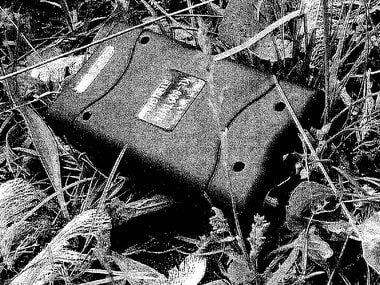 The KL-800 Type Stun Gun that was found near the scene. (Photo credit: M Live)

The teen was then taken to a local hospital to be treated for the non-life threatening gunshot wound.

While being questioned by the police, the teen first claimed that he simply took the stun gun out to look at it and the man shot him for no reason, but he soon gave an accurate and honest account of the entire May incident, which was made public by a Michigan news site this week.

Apparently, the teen and two friends were engaged in the brutal game of Knockout, which The Wall Street Journal has described as “a national phenomenon.” However, as more and more citizens are arming themselves, the game has also become increasingly dangerous for those playing as well.

The video below shows just how brutal the game can be with a single blow.

The players usually seek what they perceive as an easy target. In this case, a 28-year-old Lansing man who was standing alone at a school bus stop waiting for his young daughter.

Marvell Weaver, the teen who was shot in what was (hopefully) his last Knockout Game, explained to police how him and his friends had scouted out their victim. The three boys picked the man and discussed how the game would go down. Weaver even tested the stun gun beforehand to ensure everything would go as planned.

“The button was like stuck down … or something. I don’t know what caused it not to work,” Weaver explained in a statement. 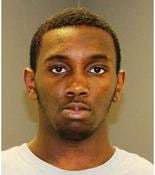 17-year-old Marvell Weaver says he is sorry for what he did and he doesn’t blame the victim for shooting him. (Photo credit: M Live)

Weaver is currently in the midst of court proceedings. Authorities originally asked for an attempted robbery charge, Ingham County Chief Assistant Prosecutor Lisa McCormick argued that there was not sufficient evidence to prove that robbery was the intent. In addition, McCormick also argued that an aggravated assault charge would not hold water because the victim was not seriously injured. However, the prosecutor did allow a lesser charge for illegal possession of a stun gun, a felony which could warrant up to a two year sentence. A plea bargain conference is scheduled for Sept. 4.

Meanwhile, Weaver handwrote a short letter of apology to his victim.

“I don’t blame you for what you did. You were only trying to protect yourself. I only wish I could go back to change it to [where] I never did it,” the letter reads, ending with, “[I’m] very sorry,” in very large words.

The victim, who wishes to have his identity withheld, has a valid concealed carry permit. It is unknown if he will face any charges for shooting Weaver.