Merciful or murderous? Kentucky man shoots wife after she begs him to end her suffering (VIDEO)

A husband shot his wife of over 20 years after she begged him to end her suffering from terminal breast cancer. 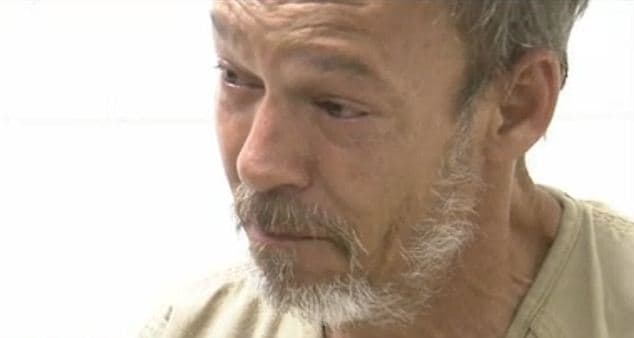 Ernest Chris Chumbley said he shot his wife after she asked him to end her suffering.

“I shot her,” Chumbley said while incarcerated at Laurel County jail. “She died form my shots, but it’s not murder.”

Chumbley explained that he loved his wife, but she had been fighting cancer for several years and was in a great deal of pain.

“She mentioned hospice and all that. She didn’t want that,” he said. “I loved her. I love her, and she took it as far as she wanted to go.”

The shooting didn’t come as much of a shock to neighbor Stan Campbell, who knew Virginia Chumbley was suffering.

“The only reason I could think he shot her is she probably asked him to, because she was hurting so bad,” Campbell said. 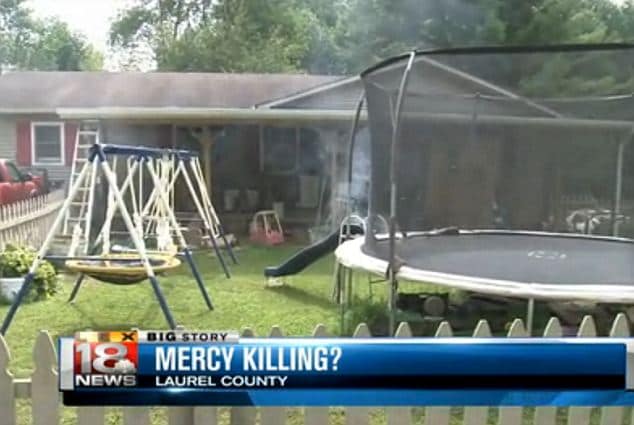 Deputies responded to Chumbley’s house and arrested him without incident.

The Laurel County Sheriff’s Office stated Chumbley contacted the authorities around 2:30 am and told them he had shot his wife. Deputies responded to the scene and discovered Virginia Cumbley’s body in the living room. Chumbley was waiting in the living room and was arrested without incident. His bail was set at $200,000.

Chumbley wasn’t upset with the deputies for arresting him.

“I just did what she asked,” he said. “And I would expect no different from her if I was asking her.”

As it stands, the facts appear to show there was no malicious intent on Chumbley’s part, and his actions could be considered a mercy killing. Operating under those assumptions, was it the morally right thing for police to arrest and charge him with murder? Are mercy killings ever morally acceptable?