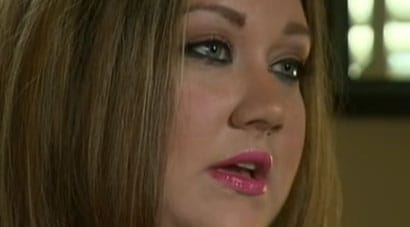 Shellie Zimmerman says that she made mistakes in the past and now she wants to own up to them and just get on with her life. (Photo credit: ABC)

George Zimmerman’s wife, Shellie, sat down yesterday for an exclusive interview with freelance investigative journalist Christi O’Connor, who is currently writing a book about the Zimmerman trial. She discussed some tough topics, including the constant threats that she lives with and her rocky marriage.

O’Connor talked with ABC News following the hour-long exclusive interview, which she called “stunning.” O’Connor expressed that part of the reason Shellie agreed to do the interview was because she is simply “looking forward to getting her life back.”

For the most part, Shellie has stayed out of the spotlight during the Zimmerman trial, but she was thrown into headlines earlier this week when she pled guilty to a perjury charge. She admitted that, despite having received over $100,000 in donations in just two weeks, she told the judge that they were broke during George’s bond hearing.

Her attorney argued that she wasn’t sure who the donations technically belonged to, and although the courts could have gone for a felony conviction with up to five years in prison, they went for the lesser charge in a plea bargain.

The misdemeanor charge warranted one year of probation and 100 hours of community service, which she says she plans to do at a Christian ministry. Additionally, she was made to write a letter to the judge apologizing for lying under oath.

Shellie told O’Connor during the interview, “I can rationalize a lot of reasons for why I was misleading but the truth is that I knew that I was lying.”

News of the plea bargain broke just days after headlines shouted that George Zimmerman wants the state of Florida to reimburse him for his legal fees. And his attorneys argue that according to Florida state law, the state must fork over the money for all of the expenses – less his lawyer’s fees – because he was acquitted. Zimmerman’s defense attorney, Mark O’Mara, said that the motion is “in the works.”

But while Shellie stood by her husband’s side for the last 18 months following the shooting death of Trayvon Martin, George was nowhere to be found when she finally had her own day in court. And when O’Connor questioned whether or not she wanted him by her side, she replied with, “I always want my husband’s support,” going on to admit that she felt “very much alone” in court. 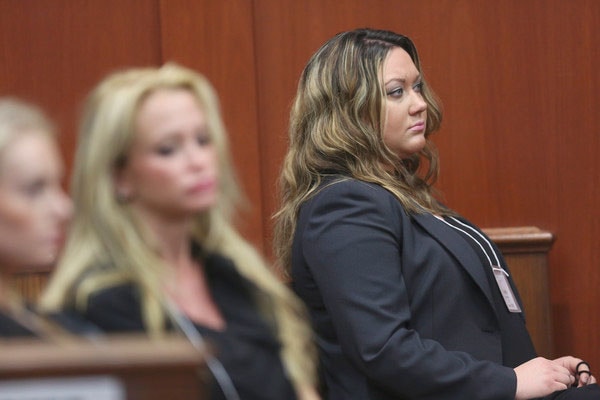 Shellie Zimmerman indicated in the exclusive interview that there was trouble in their marriage even before the shooting of Trayvon Martin. (Photo credit: Orlando Sentinel)

Shellie seemed hesitant to talk about her marriage with George Zimmerman, but nonetheless did in an elusive sort of way, hinting at their troubled marriage of five years but all the while never uttering a single foul word about her husband.

When O’Connor blatantly asked if the couple was still together, she replied with, “I’m not going to answer that,” then going on to say, “Of course I want to have children and stay married…” To which O’Connor responded with an inquisitive, “With George?”

“That’s something I’m going to have to think about,” Shellie said.

Shellie went on to describe their chaotic lives, living in constant fear. “We have been pretty much gypsies for past year and a half,” she said. “We lived in a 20-foot trailer in the woods, scared every night that someone was going to find us and that it would be horrific.”

“I can’t tell you how many nights I’ve gone, or laid awake at night, just thinking I wish to God these circumstances had been different,” she said.

But when asked if she believed that George racially profiled the teen before the altercation that ultimately led to his death, without hesitation she said, “That’s just not his way.”

However, Shellie also admitted that she was not home on that fateful night. Apparently she had left the night before to go stay at her father’s house after her and George got into an argument. But she also said that she has never doubted George’s account of what happened that night.

Shellie also indicated that she did not approve of George’s visit to the Kel-Tec factory last week, which made headlines after a leaked photo and “misguided” information was given to the celebrity gossip column TMZ.

Regardless of her feelings towards any actions of her husband, Shellie Zimmerman had a message she wanted to express to Trayvon Martin’s parents. “I’m so deeply sorry for their loss. I can’t even begin to understand the grief a parent experiences when they lose a child,” she said.

And one glaring truth remains: Many lives were forever changed the night that Trayvon Martin was shot.