The ex-girlfriend of North Korea’s merciless leader, Kim Jong Un was one among many musicians who were executed by firing squad August 20, according to South Korean newspaper, Chosun Ilbo.

After allegedly violating the country’s laws against pornography, Hyon Song Wol, singer and rumored lover of Jon Un, was arrested along with 11 other popular musical artists on August 17.

The musicians were accused of filming pornographic videos of themselves, and then selling the recording. The artists were alleged to have Bibles in their possession and were treated as political dissenters.

Just three days later, they were executed in front of their families’ eyes. Distraught friends and various members from North Korea’s famous pop groups gathered and were later arrested and sent to prison camps under the assumption of guilt by association.

“They were executed with machine guns while the key members of the Unhasu Orchestra, Wangjaessan Light Band and Moranbong Band as well as the families of the victims looked on,” said a Chinese source. 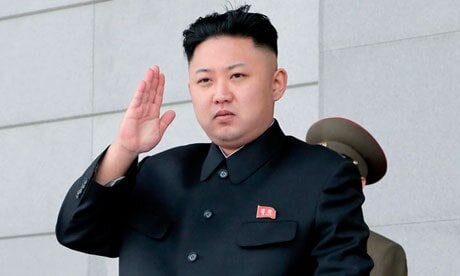 Kim Jong Un assumed leadership over the country in December 2011,

Following the death of his father, Kim Jon Il, in December 2011, Jong Un assumed leadership over the country.

It was while Jong Un’s father was still alive that he met and began his relationship with Song Wol, but Jong Il forbade it, ordering his son to end his affiliation with the woman. As time passed, Song Wol married a soldier, but rumors of an affair lingered on.

Song Wol sang in the Pochonbo Electronic Ensemble, one of North Korea’s most notable bands, most famous for their propaganda songs.

It is believed Jong Un is currently married to Ri Sol Ju, a woman who is often seen at his side during public events.