In the world of academia, the mind is strengthened, but apparently a pair of students at the University of Virginia decided to strengthen their bodies too.

Nineteen-year-old Johnny Calderon Jr., and 18-year-old Gerald Allen didn’t know it yet, but they were in over their heads when they attempted to rob the college students at gunpoint. 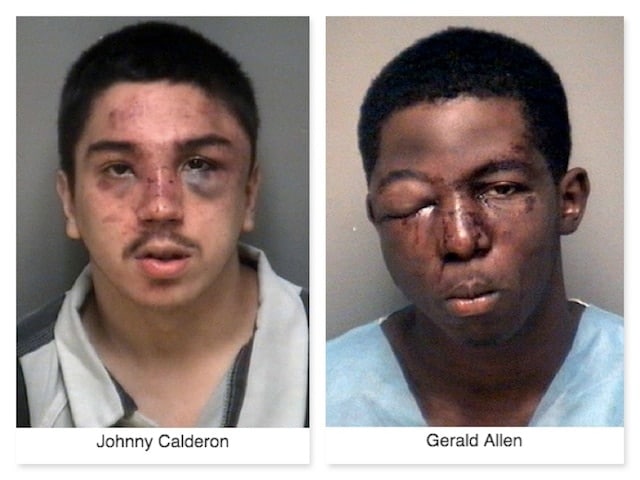 Nineteen-year-old Johnny Calderon Jr., and 18-year-old Gerald Allen illustrate what happens when you mess with the wrong students.

Yes, the crooks had a gun, but the students had their wits and collegiate teachings, and judging by the suspect’s swollen faces, probably a couple years of jiu-jitsu under their belt as well.

Both criminals sustained severe injuries, but the students were reported to be just fine, albeit, tardy to their next class. 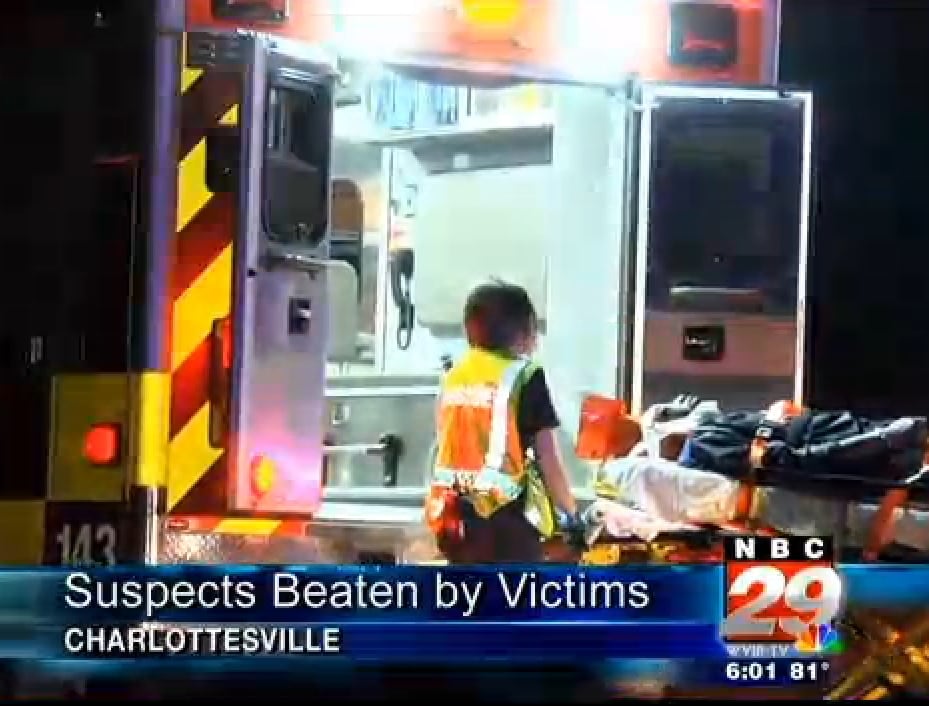 Allen was strapped to a gurney before being transported to a hospital.

When police responded to the scene, they discovered Allen lying on the ground, face bruised and bloodied. Medics strapped him to a gurney and both robbers were transported to a hospital, before being booked into jail.

Calderon Jr. faces two charges for attempted robbery, one for pointing a firearm and one for using a firearm in the commission of a felony.

In the end, the triumphant students proved the pen truly is mightier than the sword.